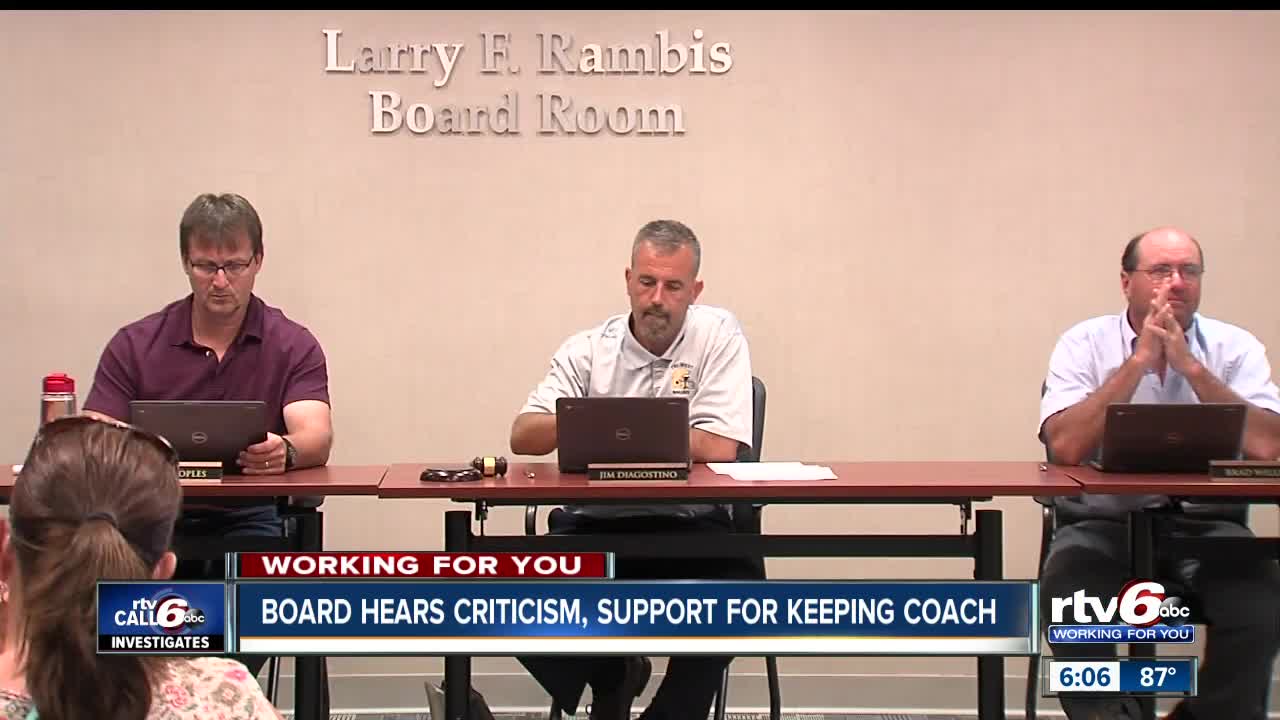 The school board for Tri-West High School heard both criticism and support on the suspension of a teacher accused of sexual misconduct with a student. 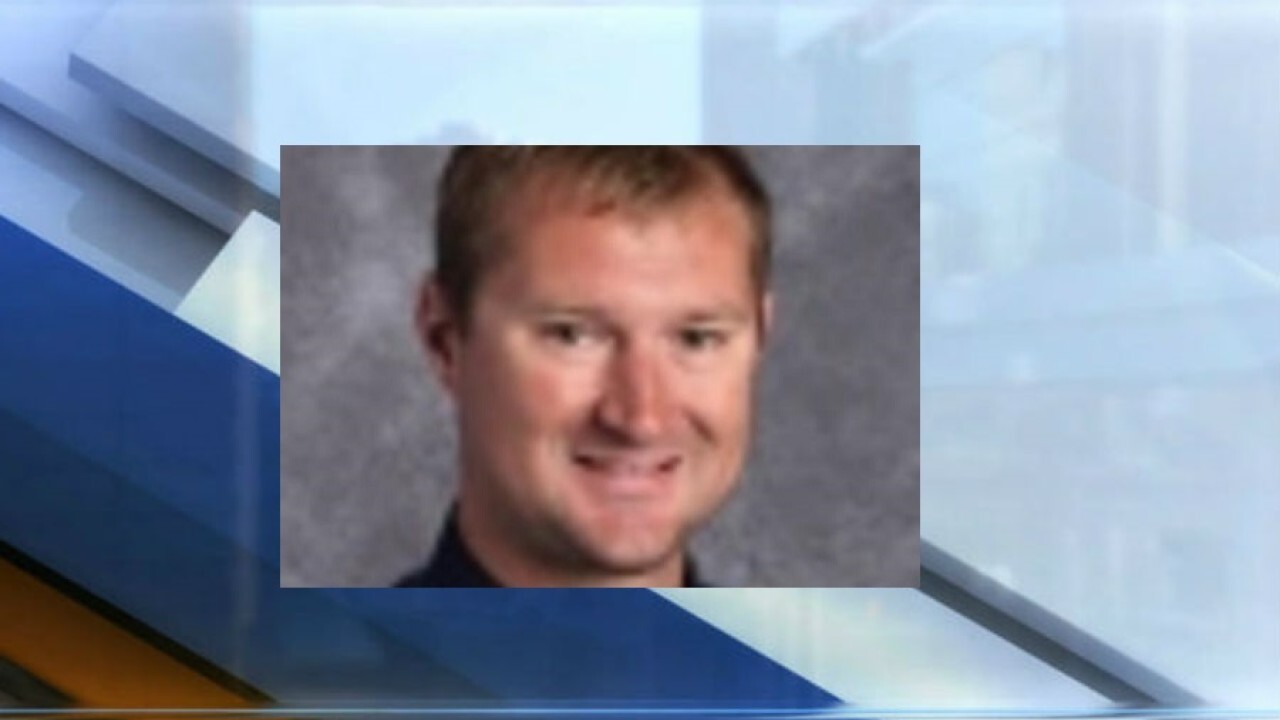 INDIANAPOLIS — The Indiana Department of Education has filed a formal complaint against a Tri-West High School teacher accused of sexual misconduct with a student.

The Indiana Department of Education may, after holding a hearing, suspend or revoke Bruce’s teaching license for “offenses that may involve immorality, misconduct in office, incompetence, or willful neglect of duty,” read the complaint filed September 5.

IDOE became aware of allegations of Bruce’s inappropriate relationship with a female student including interacting wither her on SnapChat, read the complaint.

“He admitted he needed to talk to her after his wife went to bed and picked SnapChat since there would not be proof,” read the Indiana Department of Education complaint against Bruce. “She eventually complied with his requests and sent naked images, after his repeated requests and threats that her grades would be impacted if she didn’t.”

Bruce has not been criminally charged.

He remains on leave pending the outcome of the criminal investigation and the Indiana Department of Child Services investigation.

The Indiana Department of Education said Bruce asked the female student to work out with him after school and alone.

“He asked her to remove some of her clothing during these encounters and complained she was too shy around him,” read the IDOE complaint.

The female student’s family has filed a tort claim against the school corporation, alleging the district failed to protect her.

The tort claim accuses Bruce of molesting the female student.

“He complained about his wife to the student and commented his wife ‘would not give him what he wanted,’” read the IDOE complaint.

Call 6 Investigates reached out to Bruce’s attorney, Joshua Adair, of Hostetter & Associates, on Friday for a statement on the IDOE complaint and we are still waiting to hear back.

Adair released a statement to RTV6 on August 12.

“Coach Bruce completely denies the allegations,” read the statement. “We do not intend to try this case in the court of public opinion, and we have no further comment at this time.”

North West Hendricks County school board recently explained its decision to keep Bruce on paid leave rather than firing him.

“On July 29, 2019, the NWHSC School Board did not approve our administration’s recommendation to cancel the teaching contract of one of our employees,” read the statement. “The board members voted based on the preponderance of the evidence delivered at the employee’s requested conference with the school board, including administrators, witnesses, and legal representatives.”

It's not yet clear what evidence the board reviewed to make that determination.

“The board members supported the recommendation of our administration to maintain the assignment of paid administrative leave for the employee due to the ongoing investigation by the Hendricks County Sheriff’s Department, and other state, county, and local agencies,” read the statement.

The board said in its statement it is open to new information in the case.

“If additional evidence is presented, the school board will act immediately upon the recommendation of our administration,” the board said.

Call 6 Investigates asked the North West Hendricks School Corporation board whether it is reevaluating its policies regarding whether adult staff can be alone with students.

“School policies are under constant review through the recommendations of our administration, school board attorney, and the Indiana School Board’s Association to align with the ever changing educational environment,” read the statement.