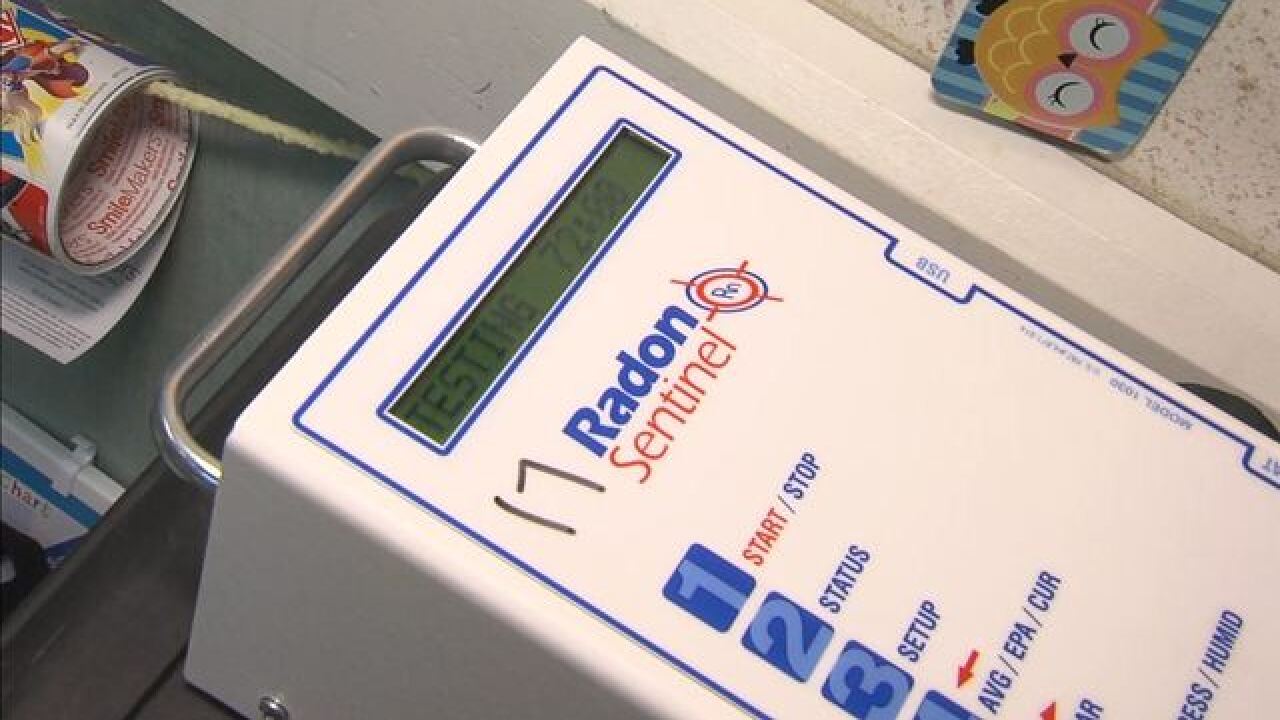 INDIANAPOLIS — State health officials are urging homeowners to test for radon, a radioactive cancer-causing gas you can’t see or smell.

The Indiana State Department of Health’s call to action comes about two months after a Call 6 Investigation found most schools do not test for radon, despite the EPA’s recommendation to test at least every five years.

January is National Radon Action month, and ISDH is urging homeowners to test their homes for radon, which is the second leading cause of lung cancer next to smoking.

Radon enters buildings through small cracks and holes in the foundation, where it becomes trapped and accumulates in the air.

“You can’t see, smell or taste radon, but it could be present at a dangerous level in your home,” State Health Commissioner Kris Box said on Wednesday. “By testing, Hoosiers can determine whether a high radon level is present and take steps to fix the problem to protect themselves and their families.”

The state is partnering with the American Lung Association to provide county health departments throughout Indiana with free radon test kits to distribute to individuals in their communities.

Homeowners can also purchase an inexpensive kit from most home improvement and hardware stores and through some online retailers, according to state health officials.

There is no safe level for radon, but the EPA and U.S. Surgeon General recommend fixing homes that have levels at or above 4pCi/L (picocuries per liter).

The EPA map shows much of Central Indiana is in a hot zone for radon, meaning the gas is widespread throughout the soil and buildings in our state and about one-third of counties have predicted radon levels of 4 pCi/L.

As Call 6 Investigates has reported, the federal EPA estimates one in five schools has a classroom with dangerous levels of radon.

Licensed contractors can install mitigation systems to reduce radon levels and protect people who live inside the home.

After our story aired, ISDH added information about radon to the indoor air quality website for schools, and they’re now in the process of developing best practices regarding radon in the classroom.

“ISDH is required to review the best practices documents every three years, but we make changes and updates as needed,” Megan Wade-Taxter, a spokeswoman for ISDH, said. “Ensuring that schools have the most up-to-date information on how to best protect the health of students, faculty and all those who enter their buildings is important.”