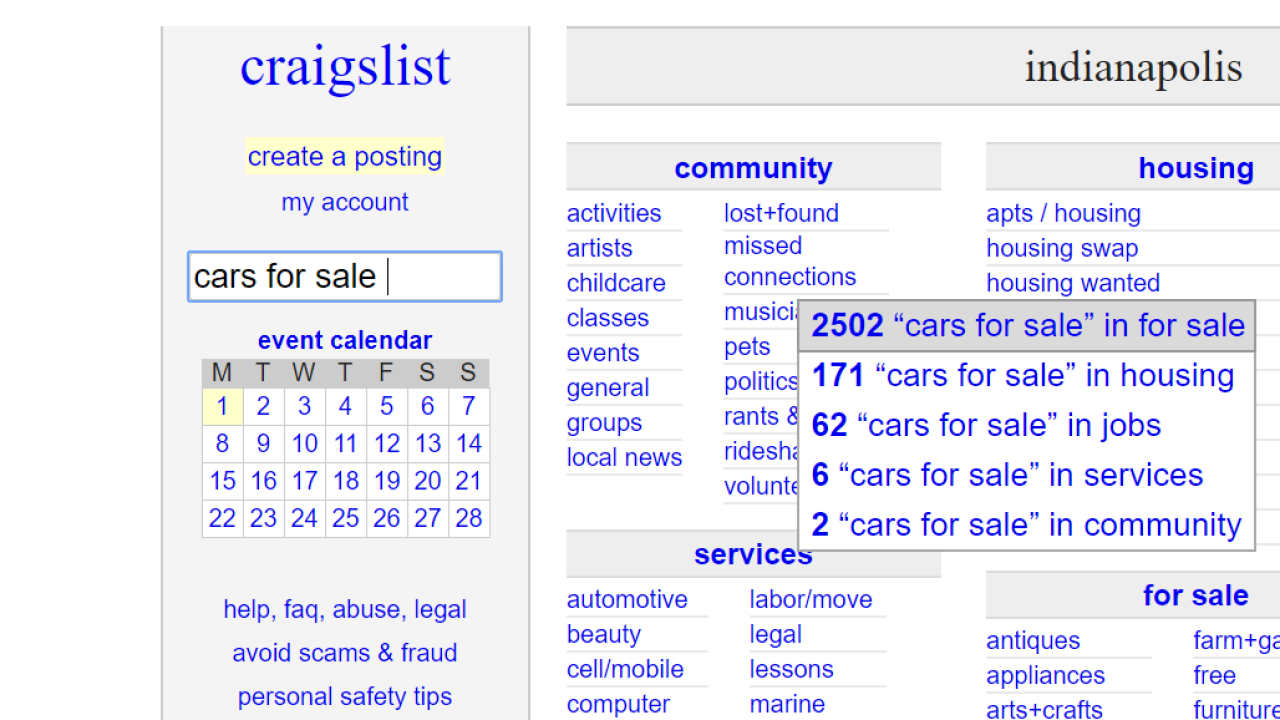 INDIANAPOLIS — If you shop for cars online, you need to use caution when browsing on Craigslist.

Dealers are prohibited by Craigslist from advertising under “by owner,” and dealers who post misleading ads by posing as private sellers could be in violation of Indiana’s Deceptive Consumer Sales Act, according to the Indiana Attorney General’s office.

The warning comes after Call 6 Investigates exposed private Craigslist sellers often failed to disclose a car’s hidden problems to potential buyers, including open recalls, prior crashes, as well as branded titles such as “rebuilt” and “not actual mileage.”

According to the state, misleading dealers will:

The Attorney General’s office found dealership employees often direct potential buyers to their commercial lots — hoping that once they have a customer interested in a specific vehicle, the consumer will agree to buy the vehicle from the dealer regardless of the consumer’s original intentions.

The Office of the Attorney General is currently investigating multiple dealers who misled consumers using Craigslist.

“These dealers are typically trying to reach an audience of car buyers who want to avoid interactions with dealers,” the Attorney General’s office said. “Such consumers typically do not wish to pay dealer fees or subject themselves to aggressive sales tactics.”

Unlike licensed car dealerships, Craigslist and other sites are typically unregulated.

On Craigslist, it’s easy to find vehicle ads that sound great with phrases like “clean title,” “amazing shape,” and “no problems at all.”

Call 6 Investigates used the plate numbers to run vehicle history reports on sites like Carfax and Autocheck and uncovered problems like open safety recalls, prior crashes, and branded titles.

If you feel you’ve been victimized by deceptive ads on Craigslist or elsewhere you can file a consumer complaint with the Office of the Attorney General at indianaconsumer.com or by calling 1-800-382-5516.