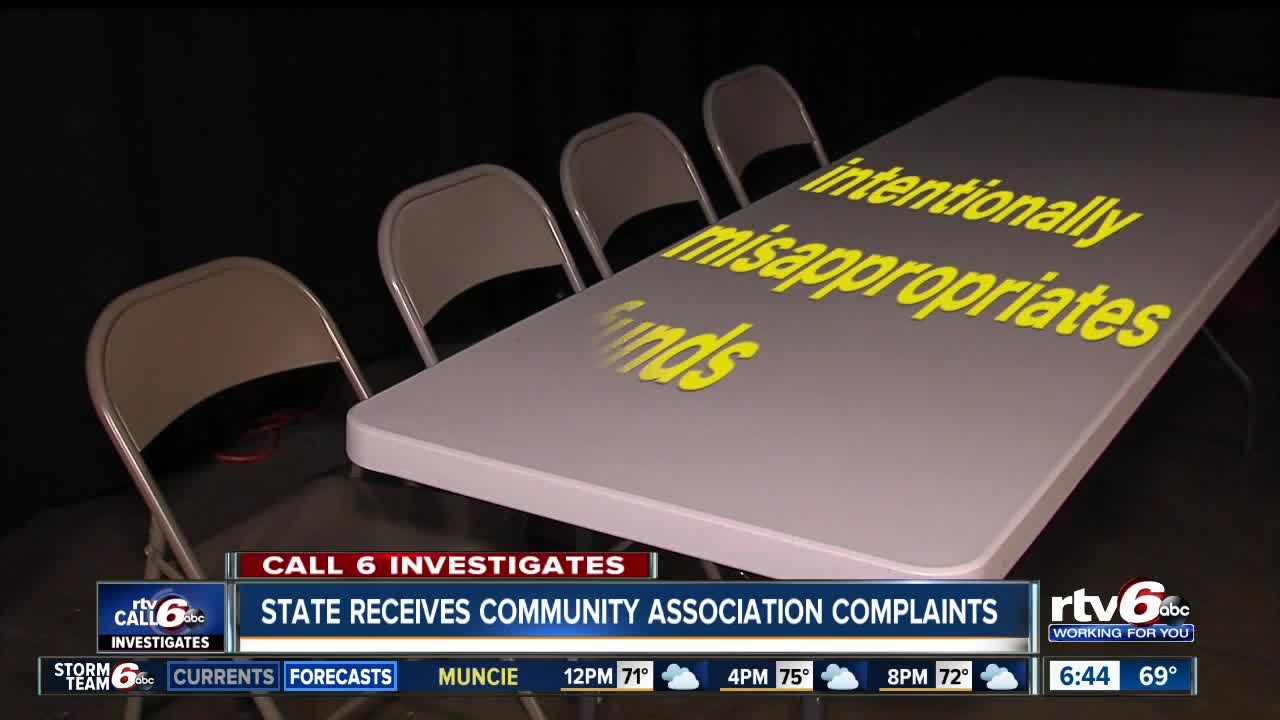 The attorney general's office is limited in the action it can take against HOAs.

INDIANAPOLIS — A Call 6 Investigation into homeowner’s associations suing thousands of homeowners is prompting a lot of reaction.

Attorneys for HOAs say lawsuits are a last resort to get homeowners to pay unpaid dues or comply with the neighborhood’s covenants. But some homeowners say the state needs to do more about HOAs that overreach or who aren’t following the rules.

An estimated 970,000 people in Indiana live 4,800 community association, paying $1.3 billion a year to maintain those neighborhoods, according to the Community Associations Institute.

“We get a variety of complaints from homeowners,” said Betsy DeNardi, director of consumer protection for the Indiana Attorney General’s office.

"The Attorney General's authority over homeowner’s associations is limited in some ways, so some of those complaints we just have to provide them with a letter saying there's nothing we can do," said DeNardi.

Indiana law allows the Attorney General’s Office to take action involving an HOA only on five specific things such as if an HOA intentionally or knowingly misappropriates funds, if the HOA violates its requirements related to budgets, or fails to properly use proxies.

“If a board member does something that is a fraudulent or criminal act that involves the homeowners association or the board, it’s essentially misconduct by a board member,” said DeNardi. “We can file a lawsuit and get a judgment.”

Although the Attorney General’s office can file a lawsuit against a homeowner’s association, the last one was three years ago. The Attorney General filed a lawsuit in February 2016 against the former board president of the Delaware Crossing Homeowners Association in Fishers after he was criminally charged with stealing nearly $25,000 from the HOA.

Court records show Glenn Taylor was arrested for theft and conversion, entered pretrial diversion, and the case was dismissed.

The state of Indiana obtained a judgment of $250 in civil penalties to the AG’s office.

Taylor paid $26,696 in restitution to the HOA, according to the Attorney General’s office.

Call 6 Investigates was unable to reach Taylor for his response.

Kenney asked DeNardi what she has to say about criticism that the Attorney General’s office can’t do more about homeowner’s associations.

“Our ability to do something about homeowners associations is constrained and confined by what the statutes say,” said DeNardi. “They need to contact their local legislator and talk to them about what expanded authority they believe as a consumer that the attorney general's office should have."

If you believe your board is doing something illegal, such as theft, you should contact law enforcement.

“For other types of conduct, often there are provisions in the bylaws of the HOA that can be used to call a special meeting to discuss the conduct, there may be ways to ‘recall’ a Board member,” said Peter Kovacs, an attorney who represents homeowners in disputes with their HOAs. “Also, there can be an effort to elect new Board members to hopefully stop the bad activity.”

Kovacs said homeowners need to be active in keeping tabs on their HOA board by attending meetings, especially the annual meeting.

“In an ideal world the HOA Board is accountable to the homeowners,” said Kovacs.

HOA board meetings should be open to the public, with a few exceptions such as discussions about homeowners who are delinquent on their dues.

To avoid an HOA nightmare