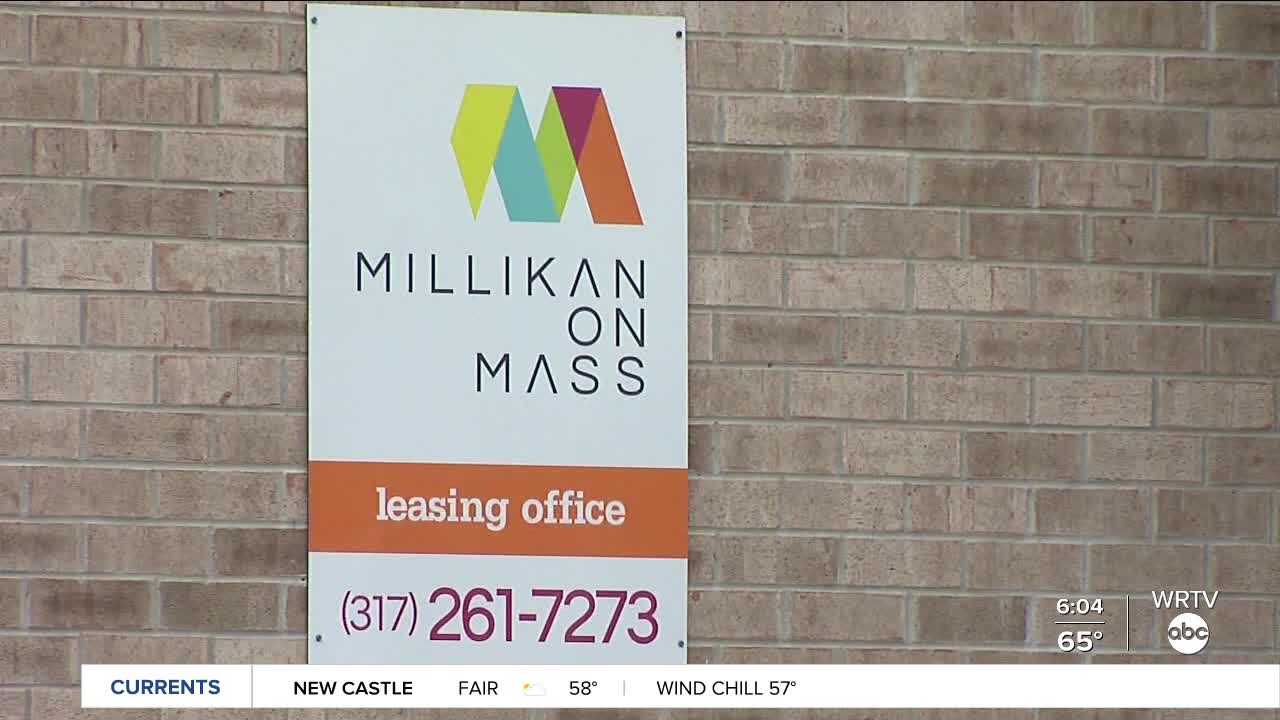 The Indianapolis Housing Agency gets an extension on paying back a loan while it's on the line of losing a Mass Ave building.

INDIANAPOLIS — WRTV Investigates has learned the Indianapolis Housing Agency, which provides housing for the most vulnerable in the city, will have until December to pay off a multimillion-dollar loan.

The loan was due Tuesday, but cash-strapped IHA didn't have the money.

"Millikan on Mass Ave" sits in the heart of the trendy shopping and dining district in Indy. The project started in 2014, and it's made up of two sections — Millikan One is for low-income housing; Millikan Two, on the same property, charges regular rent and houses several businesses on the street level. The IHA manages both.

IHA will lose Millikan Two if it doesn't pay an $8.5 million loan.

"This particular action is trying to destabilize this project," John Hall, who runs the IHA, said. "It's very unfortunate we are in this predicament. I think during a pandemic it's unreasonable for us not to have an extension of our loan."

The construction loan is owed to Merchants Bank of Indiana. IHA thought it had worked out a six-month extension to pay the loan back; instead, it got a letter demanding payment, but willing to consider an extension.

"It doesn't seem to align with Indiana Code on intimidating and coercing a public servant,"

Insight Development is the not-for-profit arm of IHA. Insight has been the target of WRTV Investigates for supporting programs, not in line with the needs of people who need housing.

Jennifer Green ran Insight at the time of this loan. When the top job at IHA was available, the Mayor decided to hire John Hall instead. Hall also took over leadership of Insight to make changes.

"As a leader of the agency, its adversity is not insurmountable, and I will overcome," Hall said.

WRTV provided the lawyer for Merchants Bank the contents of Hall's comments, and they responded "no comment."

On Saturday, IHA received word of potential loans to pay off Merchants. Those loans will be reviewed Monday.

The City of Indianapolis has also offered $1.5 million to help out IHA.