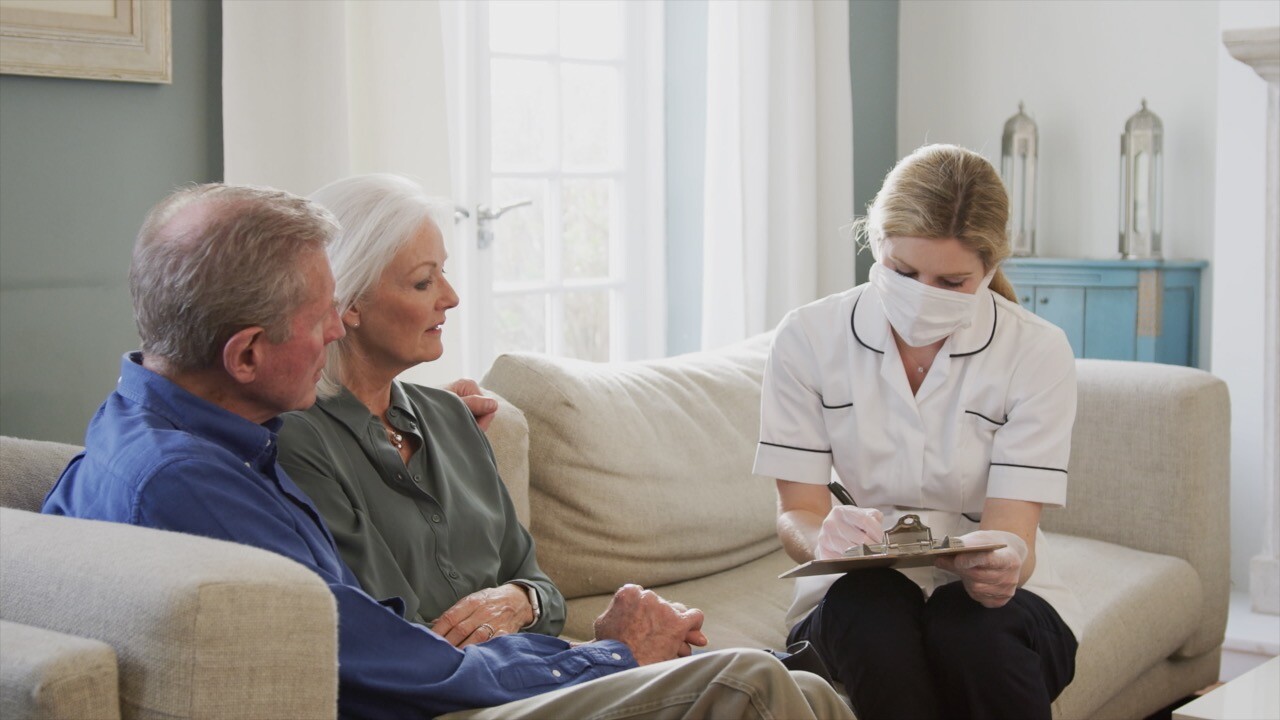 INDIANAPOLIS — State officials announced this week only 1% of the state’s nursing home workers have tested positive for COVID-19, following a statewide testing effort during the month of June.

Workers may not have been included in the June test if they had recently been tested for the virus.

The health and safety of nursing home workers has been a concern through the pandemic, as they care for our most vulnerable. Call 6 Investigates spoke with Dara Hendricks, a Crawfordsville skilled nursing worker who tested positive for COVID-19.

Dara says she is still struggling with a cough months after her COVID-19 diagnosis.

She quit her job as a nursing home worker right before the state did statewide testing in June.

Zach Cattell, President of the Indiana Health Care Association, which represents skilled nursing and assisted living facilities explained since the early days of the pandemic availability of PPE and testing has greatly improved.

"I think what we will see is that a lot of the tragic loss of life occurred early on in the pandemic,” said Cattell. “The country was caught somewhat flatfooted. Prioritization of PPE and testing just wasn't at long term care at that point."

"We did learn and got far better at dealing with the disease,” said Cattell. “Making sure as PPE production picked up that we were able to access it through government sources and our own procurement processes. It's been weeks since I've heard of facilities having shortages of N95 masks."

State health officials had hoped June’s round of testing would show them trends so they could target future testing, but they didn’t have much luck.

"Even in counties with prevalence rates less than 3% we had facilities with a significant number of workers who were positive,” said Dr. Dan Rusyniak, Chief Medical Officer at the Indiana Family and Social Services Administration. ““While the numbers did show us that staff members and facilities were more likely to test positive if they were in a county with a higher prevalence rate, unfortunately the data does not give us a basis to strategically target our testing.”

Rusyniak said the state has been working diligently since the start of the pandemic to prevent outbreaks.

“That’s why we began deploying strike teams back in March, we’ve expanded infection prevention efforts around the state, and why we’ve prioritized PPE and testing for these facilities,” said Dr. Rusyniak. “For the Hoosiers who live and work in these long term care facilities, this pandemic is about life and death.”

The state plans to test all nursing home workers again in August.

So far, 12 long-term care workers have died across the state, although the state has not released where they worked.

"At the end of the day, long term care cares for the population that's most at risk,” said Cattell. “We’re certainly supportive of the state’s efforts to continue testing long term care professionals and we’ll support and work with them on making it as efficient as possible.”

In two weeks, the state plans to release a dashboard that will have COVID-19 cases and deaths broken down by facility.

They have, however, released historical data dating from March 1 to July 14.