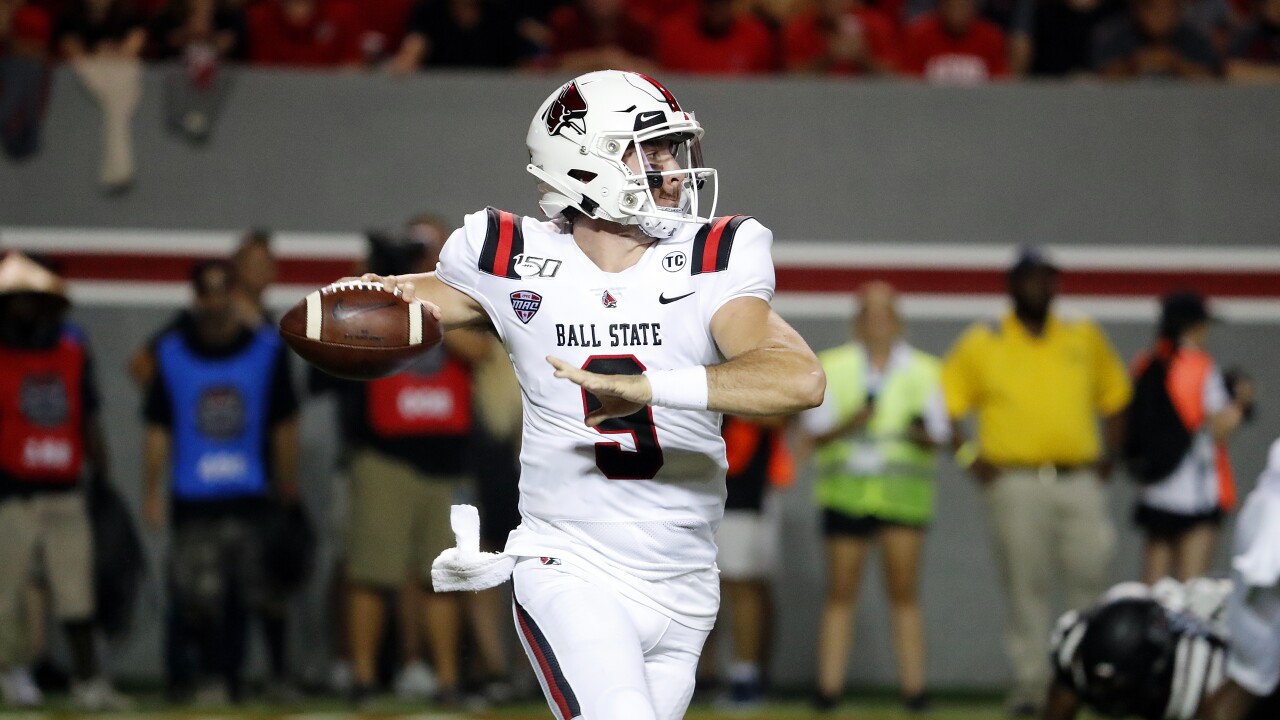 Karl B DeBlaker/AP
Ball State's Drew Plitt (9) prepares to throw the ball against North Carolina State during the first half of an NCAA college football game in Raleigh, N.C., Saturday, Sept. 21, 2019. (AP Photo/Karl B DeBlaker)

MUNCIE — Ball State athletics will be on hold after the Mid-American Conference became the first league competing at college football's highest level to cancel its fall season due to concerns over the coronavirus pandemic.

The conference's university presidents decided to explore making up the fall sports seasons in the spring.

Ball State athletic director Beth Goetz said she and President Geoffrey Mearns feel for athletes who will not be able to compete in the fall.

"These extraordinary times continue to impact the college athletics landscape and that impact is felt greater today for our student-athletes, coaches, staff, and fans," Goetz said in a statement.

"As former student-athletes, the president and I empathize with our student-athletes. We will continue to explore the best opportunities to train while our primary focus remains on the safety and well-being of our Ball State students as they prepare for the start of the academic year."

Linebacker Brock Burns said, "All part of God's plan. Gotta believe that." Tight end Chris Crothers wrote he was "sick to my stomach."

All part of God’s plan. Gotta believe that 🙏🏼 https://t.co/QKbkda8FRo

MAC Commissioner Jon Steinbrecher stressed this was first a decision about the health and well-being of the athletes, and the conference’s medical experts were not comfortable that sports could be run safely.

“I’m heartbroken we are in this place,” Steinbrecher said.

MAC schools rely heavily on revenue from playing road games against power conference teams. Most of those games were canceled when the Power Five went to exclusively or mostly conference games. Without them, the strain became too great of trying to implement all that it would take to keep players and staff safe during a pandemic.

Nine of 13 conferences at Division I’s second-tier of football, the Championship Subdivision, have already postponed their fall football seasons, with an eye toward making them up in the spring.

On Friday, Butler and Indiana State learned their football seasons would not take place in the fall after the Pioneer League and Missouri Valley Conference announced they would not play in the fall.

Sick to my stomach 💔 https://t.co/nvPWDYDxzs