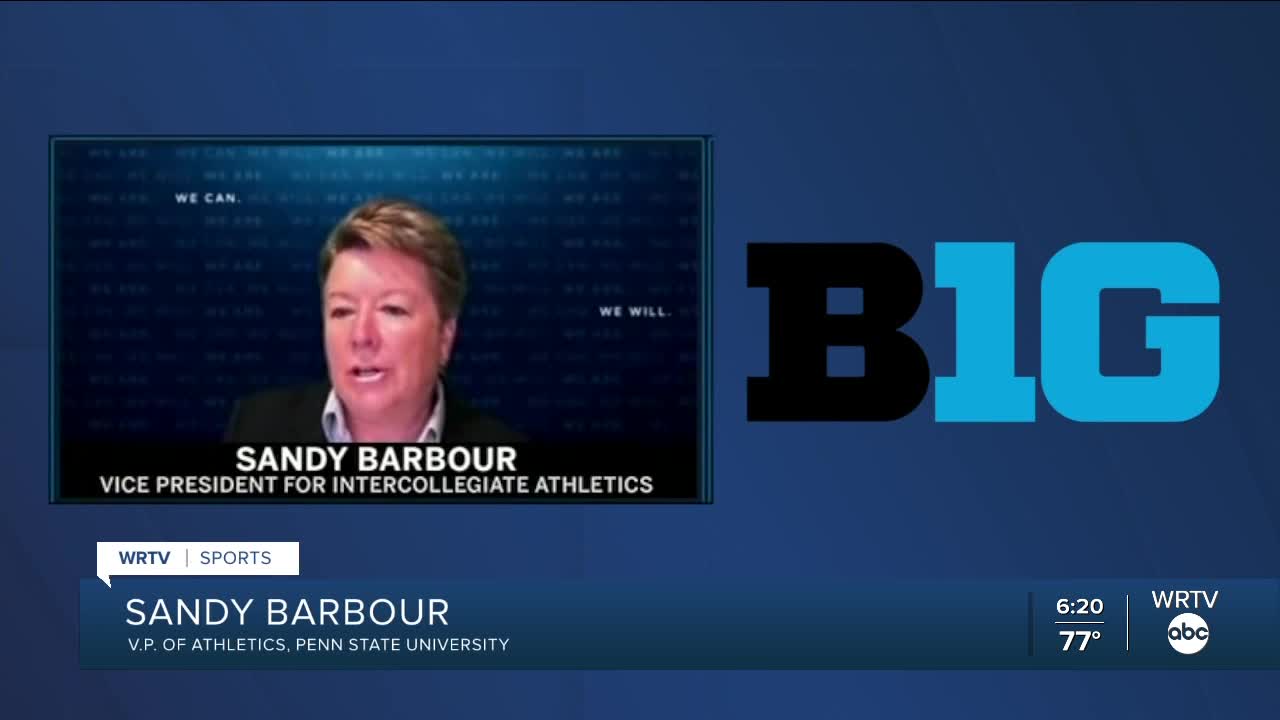 Conference officials announced Wednesday play will begin the weekend of Oct. 23-24 and include including daily antigen testing and enhanced cardiac screening as part of a return-to-play plan.

INDIANAPOLIS — Football will return to Big Ten campuses this fall.

Conference officials announced Wednesday play will begin the weekend of Oct. 23-24 and include including daily antigen testing and enhanced cardiac screening as part of a return-to-play plan.

On Aug. 11, the Big Ten postponed all fall sports seasons due to concerns about the pandemic. The league's presidents and chancellors voted 11-3 to postpone. Now, they have voted unanimously to begin the season.

The decision to play football comes after pressure to reconsider the decision to cancel the season from players, coaches and politicians, including President Trump, who tweeted Wednesday morning he was his "great honor to have helped."

In a statement, Indiana University football coach Tom Allen said the team is looking forward to beginning the season.

"We are beyond excited to get back on the football field," Allen said. "Our players have kept their focus and attacked workouts waiting for this day.”

All teams will play an eight-game regular season followed by a "division crossover" weekend on Dec. 19 with the Big Ten championship game played at Lucas Oil Stadium. The matching teams from the East and West Divisions (second place vs. second place, etc.) will also play at neutral sites.

No schools will offer ticket sales to the public. Purdue officials said in a virtual press conference attendance will be limited to families of players and coaches, and tailgating will not be permitted.

Six Big Ten teams, including Ohio State at No. 2 and Penn State at No. 7, were ranked in the Associated Press preseason Top 25 poll.

How testing will work

The Big Ten will require players, coaches, trainers and other people who are on the field for all practices and games to undergo daily antigen testing. According to the league, test results must be completed and recorded prior to each practice or game.

“Our focus with the Task Force over the last six weeks was to ensure the health and safety of our student-athletes. Our goal has always been to return to competition so all student-athletes can realize their dream of competing in the sports they love,” Big Ten Commissioner Kevin Warren said in a news release.

Players who test positive for the coronavirus through point of contact (POC) daily testing would then require a polymerase chain reaction (PCR) test to confirm the result of the point of contact test.

All players who test positive for COVID-19 will undergo cardiac testing that will include labs and biomarkers, ECG, echocardiogram and a cardiac MRI, according to the league. Following cardiac evaluation, players must receive clearance from a cardiologist designated by the university. The earliest a player can return to play is 21 days following a positive COVID-19 diagnosis.

Each university will designate a Chief Infection Officer who will oversee the collection and reporting of data for the Big Ten, a news release said. A green-orange-red scale based on team and student population seven-day rolling positivity rates will be used to determine if practices and games can continue.

According to the conference, decisions to alter or halt practice and competition will be based on the following scenarios:

Daily testing will begin by Sept. 30.

The Big Ten plans to announce updates on other fall sports, along with winter sports that begin in the fall, including men's and women's basketball.