Concerns for homeless in downtown Indy grow with COVID-19 pandemic 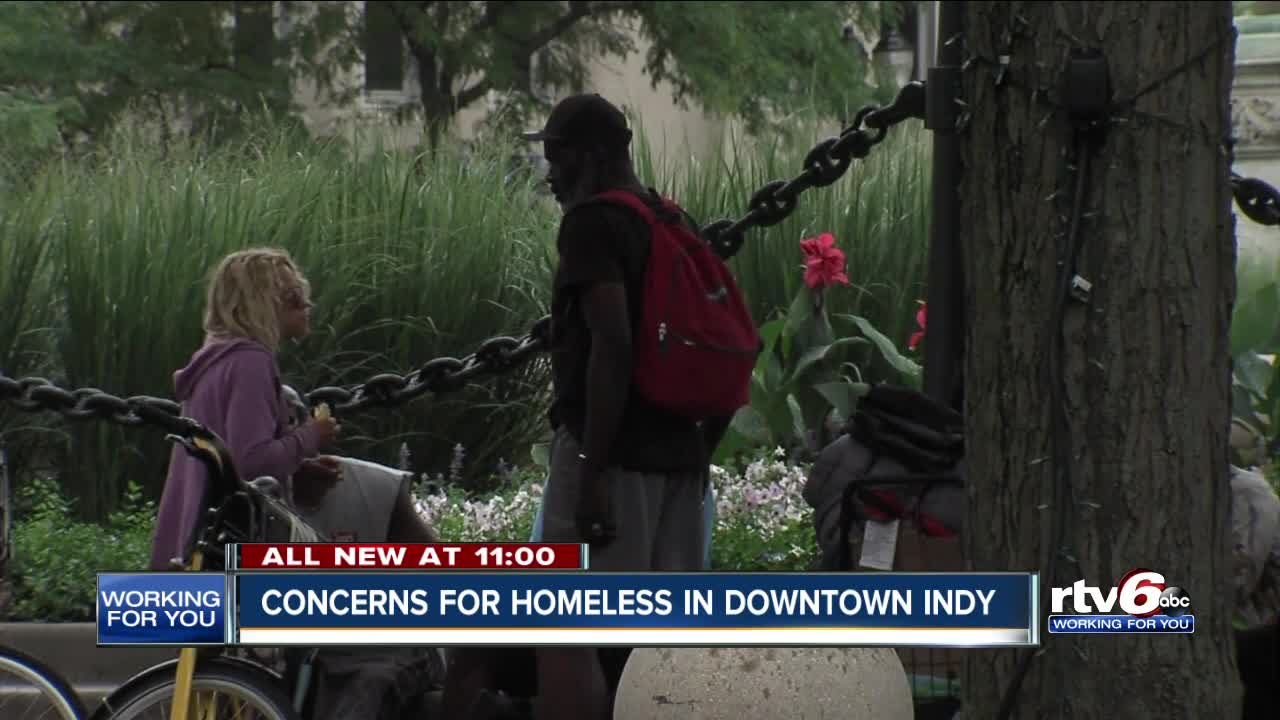 Concerns for homeless in downtown Indy

INDIANAPOLIS — In downtown Indianapolis, the issue of people experiencing homelessness is a problem that's hard to miss.

"What's going on on the circle is a crisis," Elder Coleman, of the Alliance for Homeless Transformation, said. "There is a homeless crisis. There is a public health and safety crisis on the circle."

Homeless neighbors are not new to downtown, but a decrease in activity because of the COVID-19 pandemic is highlighting the number of people who have nowhere else to go but the street. Members of the Alliance for Homeless Transformation fear the past five months have been only the beginning of a massive problem.

On Monument Circle, Giorgio's Pizza is fighting through the pandemic but with the added issue of its homeless neighbors often sitting outside the door or in worse cases relieving themselves near the entrance.

George Stergiopoulos is part owner of the restaurant and said homelessness on top of COVID-19 is not a good mix.

"Not only do we have a big homeless issue we also have the COVID situation and unfortunately our homeless friends do not practice social distancing and it becomes very difficult so when somebody comes to sit at one of our tables here and somebody's hanging over them that becomes an issue for people feeling comfortable and safe," Stergiopoulos said.

Stergiopoulos is joining the growing calls to city leaders asking for a safe place for the homeless to go, ideally, a place with resources to help these neighbors get back on their feet. He said the people are human and like businesses deserve to be represented too.

"A lot of people, especially our elected officials, will talk the talk but they won't walk the walk," Stergiopoulos said. "That's the problem. Don't put politics in the middle of this. The day you're elected you work for everybody and that's what they need to realize."

On Monday, the city of Indianapolis announced a plan to provide housing and health services to Indianapolis residents experiencing homelessness. The city said the pandemic created a gap in services for the city's homeless residents leading to the temporary closure of shelters like the Reuben Engagement Center, where social distancing isn't possible.

The city is now partnering with the Reuben Engagement Center and several organizations to use hotel rooms as an alternative for people experiencing homelessness.