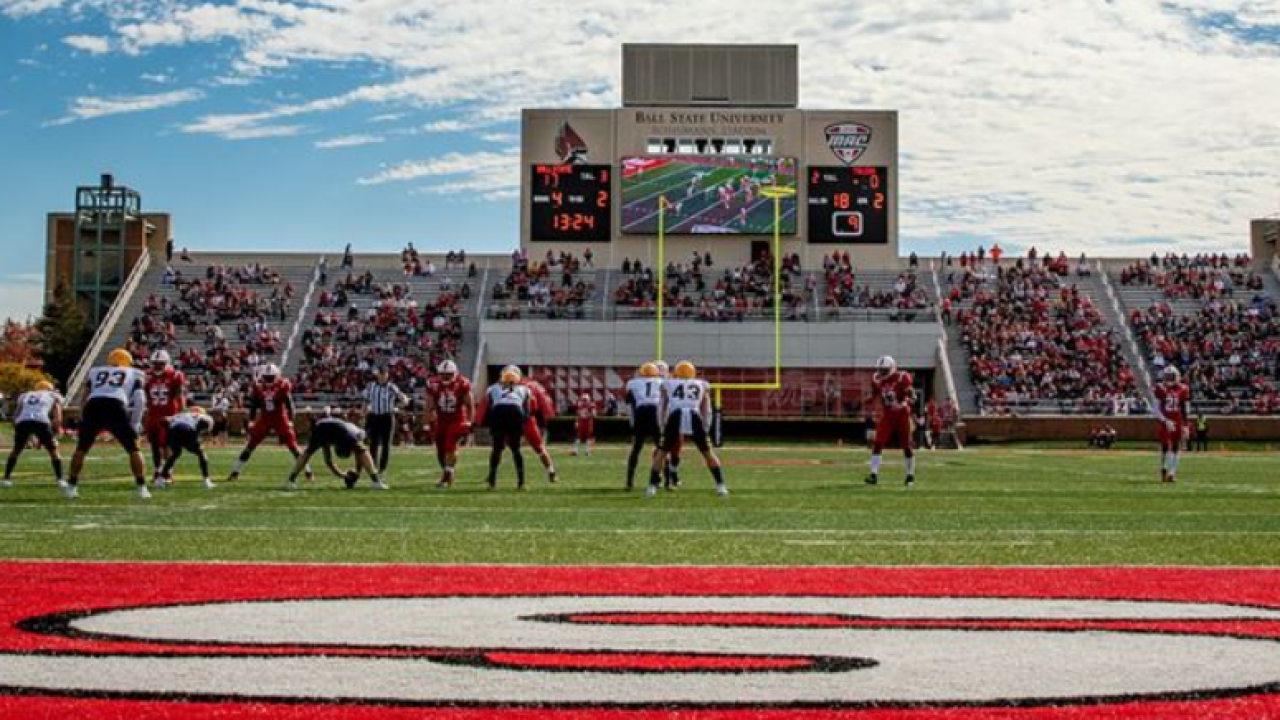 MUNCIE — For the Ball State University football team, it's a one-two punch.

First the Cardinals lost road games at Indiana and Michigan when the Big 10 canceled all non-conference games for 2020.

Now, BSU has learned that its scheduled home opener against the University of Maine on September 3 will not be played. That's because Maine's conference, the Colonial Athletic Association, announced Friday that all football games are canceled this year over COVID-19 concerns.

The Maine matchup is the first Ball State football home game this fall to be affected. The Cardinals had road games at Michigan and Indiana canceled last week.

That leaves the the Cardinals with eight games in its own conference, and one non-conference game at Wyoming on September 26, a trip of almost 1,800 miles.

The Colonial Athletic Association joined to Ivy League, the Patriot League and the Mid-Eastern Conference in scrapping football for 2020.