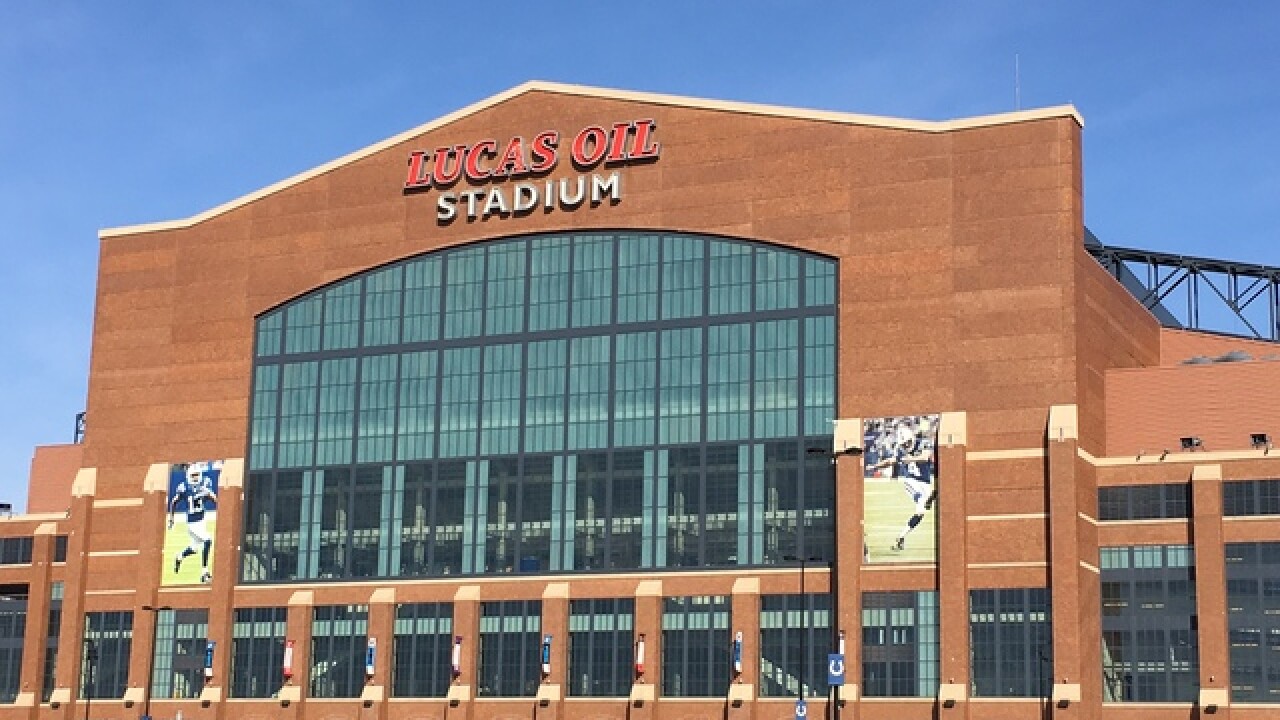 INDIANAPOLIS — The Indianapolis Colts announced Friday they anticipate there will be a 25% capacity limit at Lucas Oil Stadium during the 2020 season due to state and local regulations surrounding the COVID-19 pandemic.

Under the limit, a maximum of about 15,000 fans would be allowed into the 63,000-seat stadium. The team will offer two half-season ticket packages for 2020 with seniority determining who will get to attend games.

The Colts released details of how the limited crowds will affect season ticket holders:

The team will offer two half-season ticket plans with seniority determining who will get tickets. The plans are:

Most leagues in the United States are playing without fans as sports resume during the pandemic.

Major League Baseball began its season Thursday and Friday with games played in front of empty stadiums. The NBA, WNBA, NHL, Major League Soccer and National Women's Soccer League are all organized in "bubble" situations where teams gather in one place to limit the chances of the coronavirus spreading among teams.

USL Championship is the only league currently playing in front of fans. The Indy Eleven have held games at Lucas Oil Stadium with limited crowds. Fans are required to wear a face mask and have their temperatures checked at the gate prior to entering the stadium.