"Stacey and Rick's Soul Food" say it's going to take more than customers at this point. 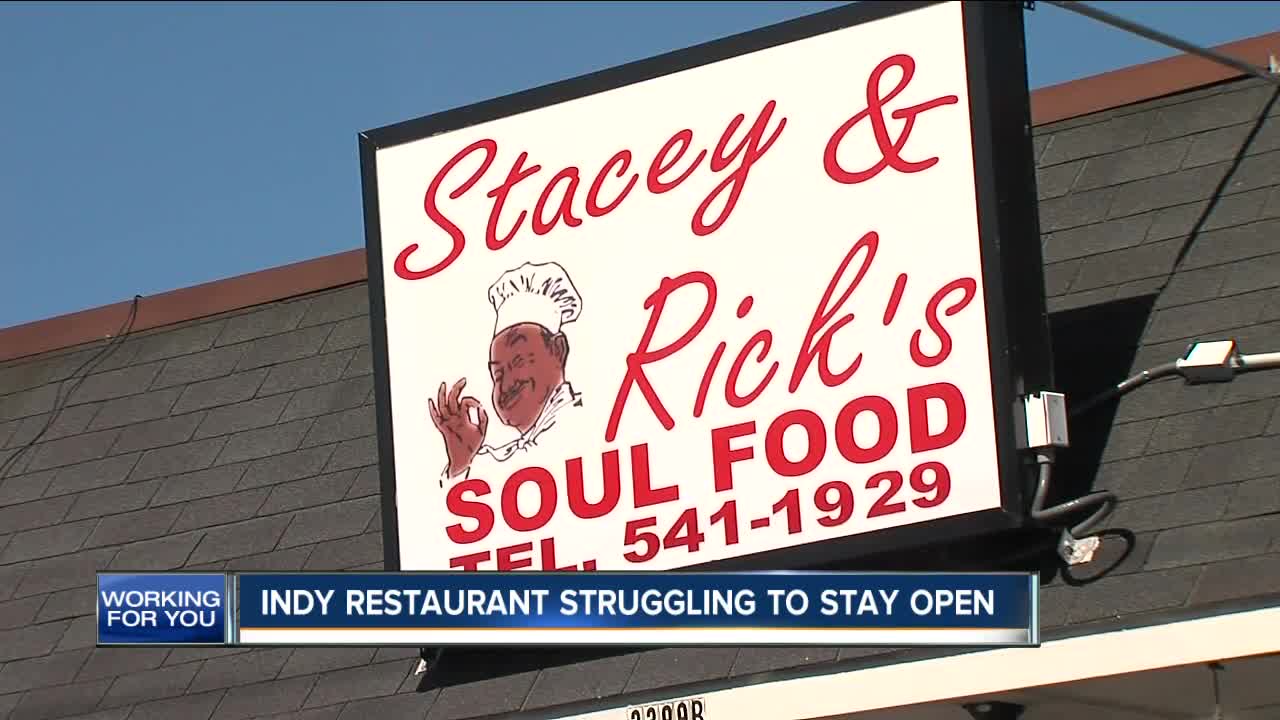 INDIANAPOLIS — An Indianapolis business is struggling to keep its doors open because of the coronavirus pandemic and shutdowns.

The owners of "Stacey and Rick's Soul Food" restaurant say it's going to take more than customers to keep their small, Black-owned business from shutting down.

The COVID-19 pandemic has had an impact on everyone, but that impact continues to be devastating for small business owners like Ricky Fowler.

Fowler says his food sales are down by 50%.

"It's been a lot of stress amongst me and my kids because a lot of things they were used to getting we are not able to do anymore," Fowler said.

Stacey and Rick's has been on the corner of 34th Street and Sherman Road for 11 years. But their doors have been closed since the spring. Fowler says the shutdown dug his business into such a deep hole that he doesn't know how much longer it will be until the doors are closed for good.

"It's hard to say, it could be in the morning," Fowler said. "If I don't get any help from the three months that I lost, then yeah, that's probably what's gonna happen."

To make matters worse, Fowler is in the high-risk category for COVID-19. It's the reason he kept the restaurant closed until two weeks ago.

Fowler says he was forced to come back to work to support his family of five and his six employees. Fowler also says he's been denied for every loan or grant he's applied for.

"They promised that once we closed down that we were getting the forgiveness loans, which I never received," Fowler said. "I actually even talked to someone at Governor Holcomb's office and they said the money is in the pipeline. Where is the end of the pipeline?"

Fowler now depends on his customers to keep the doors open. He says even with a steady stream of customers, it's going to take something more to save his business.

"Customers are coming in, but it still can't make up for that loss," Fowler said. "It's a big hole."

Fowler says he has not been given clear reasons for why his requests for assistance are getting denied.