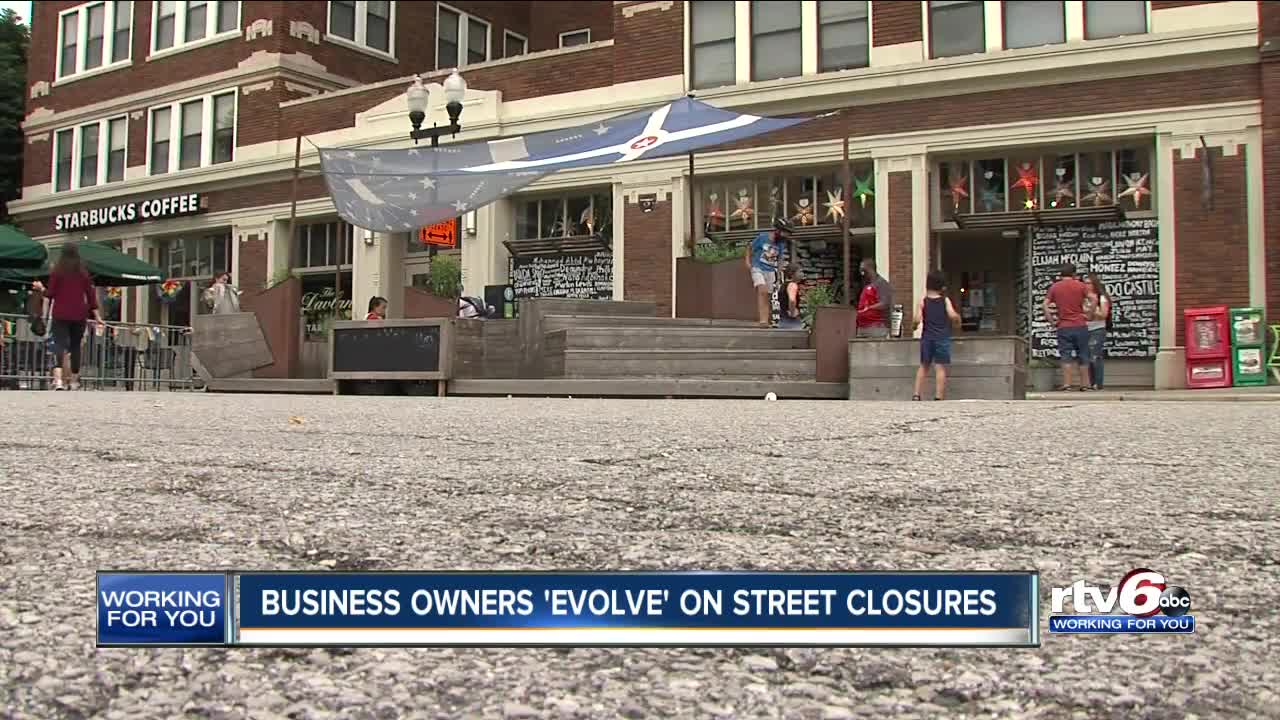 Car-free streets have been part of every day life in Indianapolis since late May, and on Massachusetts Avenue, former skeptics are embracing the idea.

Kristin Kohn, owner of Silver in the City, said she found an appreciation for the once unwelcome change. Her shop now features a sitting area where cars would normally park and the names of Black Americans fueling the Black Lives Matter movement are what customers see as they walk in.

"You know, initially, I was very taken aback when I was told that the street closures were coming and happening. And I think it was a really hard time because most retailers were only just starting to reopen their doors and it did feel kinda like just another hurdle to have to over come," Kohn said.

"Having the street closed allowed us to connect more as members of the community and as people came out to protest in support of Black Lives Matter and as business started putting up boards, again showing their support, but the conversations that we've been able to have because so many people came and walked and biked.

While there has been plenty of good to come from the street closures, it hasn't necessarily saved every business from the deep hole created by the coronavirus pandemic.

"I would say its hard to say what the closure impact has been on business," Kohn said. "We have no idea what business would've been like if the streets were open. I would say that retailers are still hurting in a very big way. Our annual sales at our stores are still down 50% for the year."

"Having the street closed promoted a stronger sense of community engagement, and I think that this summer that was really important," she said.