Pacers appear headed to Orlando for restart of NBA season 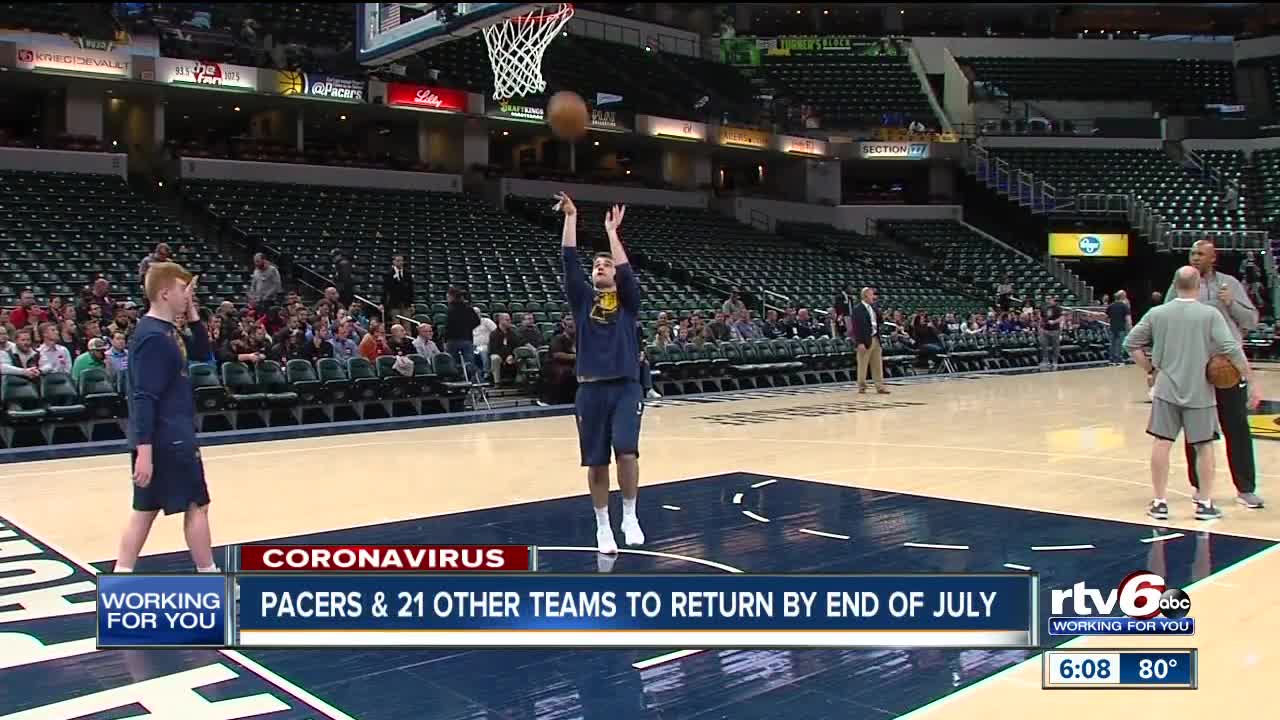 Pacers and 21 other teams to return by end of July

INDIANAPOLIS — It appears the Pacers and 21 other NBA teams will be back in action by the end of July, but games will not be played at Bankers Life Fieldhouse.

According to the Associated Press, the NBA Board of Governors Thursday approved a plan to resume the 2019-2020 season with 22 of the league's 30 teams taking part. All games would be played at one site—the huge Disney World sports complex in Orlando, without fans in the stands.

When COVID-19 concerns and restrictions forced the NBA to suspend the season in mid-March, Indiana with a 39-26 record, was fifth in the Eastern Conference and headed for the playoffs in April.

The Associates Press reports all 22 teams will play eight games to determine playoff seeding. The playoffs would follow, with the season ending in late-September or October. The schedule would likely push back the start of the 2020-21 season, which would normally begin in mid-October.

The Orlando complex features enough courts for more than one game to be played at a time. And Disney World has the hotel space needed to keep players, coaches and staff nearby.