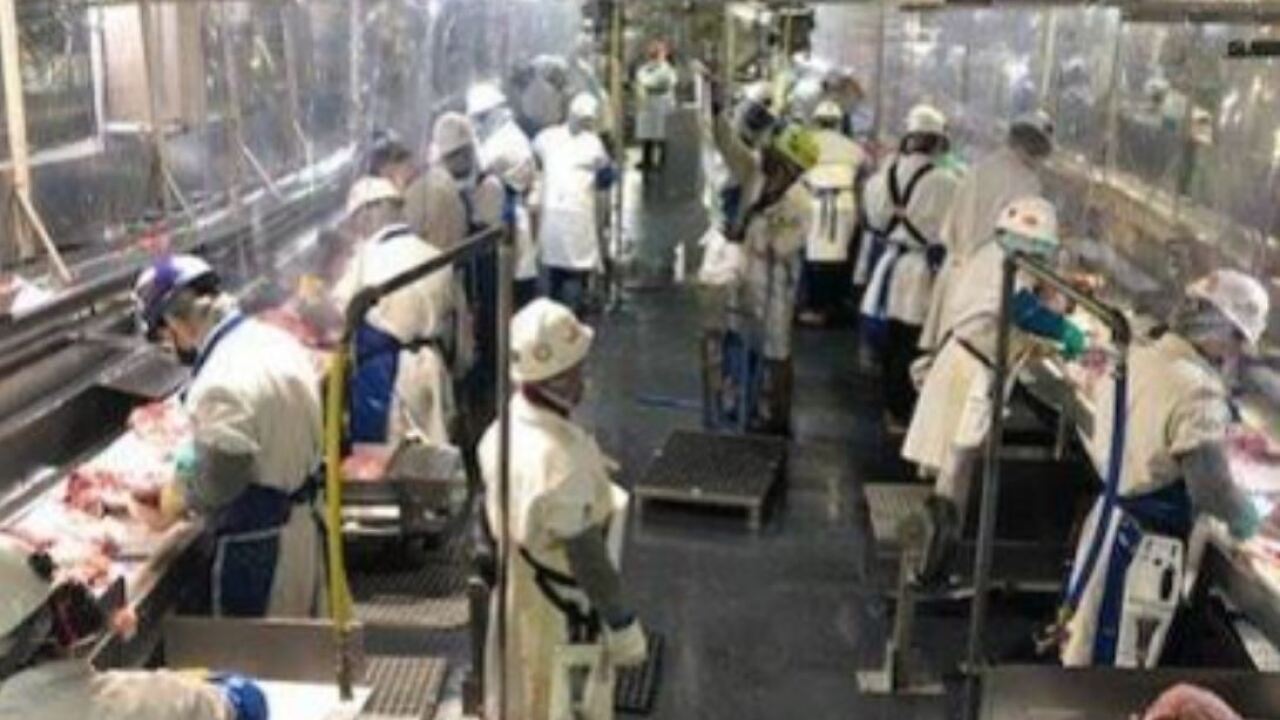 Provided by Tyson Foods
Tyson Foods said additional workstation barriers have been installed at its facility in Logansport to protect workers.

LOGANSPORT -- The Tyson Fresh Meats plant in Logansport, a major employer in Cass County, will shut down while its 2,200 employees are tested for COVID-19.

Cass County, about 80-miles northwest of Indianapolis, has been hit hard by the pandemic, with 193 people testing positive for COVID-19, according to the latest figures from the Indiana Department of Health.

How many of those cases are related to the Tyson plant isn't clear. The company and county health officials are not saying, but it's believed the vast majority of COVID-19 cases in the county are associated with the plant.

In a Wednesday press release from the company, Tyson said the closure was voluntary and that testing would begin Thursday. How long it will take isn't clear, but employees will continue to be paid during the shutdown.

Tyson said the plant produces three million pounds of pork daily. It shut down on Monday for a one-day deep cleaning and is now running at reduced production.

"While we understand the necessity of keeping our facilities operational so that we can continue to feed the nation, the safety of our team members is our top priority," said Steve Stouffer, group president of Tyson Fresh Meats. He went on to say, "The combination of worker absenteeism, COVID-19 cases and community concerns has resulted in a collective decision to close."

"We're pleased with Tyson's collaboration to protect out community," said Dr. Dori Ditty, health officer of the Cass County Health Department. "Tyson Fresh Meats is an economic anchor for our community and is critical for the food supply. We want to get the facility back up and running as safely and quickly as possible, which is why we've both decided to close the facility in order to test all employees."

"Tyson Fresh Meats opened its doors for a group of county and state officials to tour the facility," said Cass County Commissioner Ryan Browning. "We were impressed with the aggressive protective measure the company has implemented."

Tyson Foods also announced recently that a plant in Iowa would be closed indefinitely.