In Fishers, progress toward getting kids back in the classroom

But school board vote is close 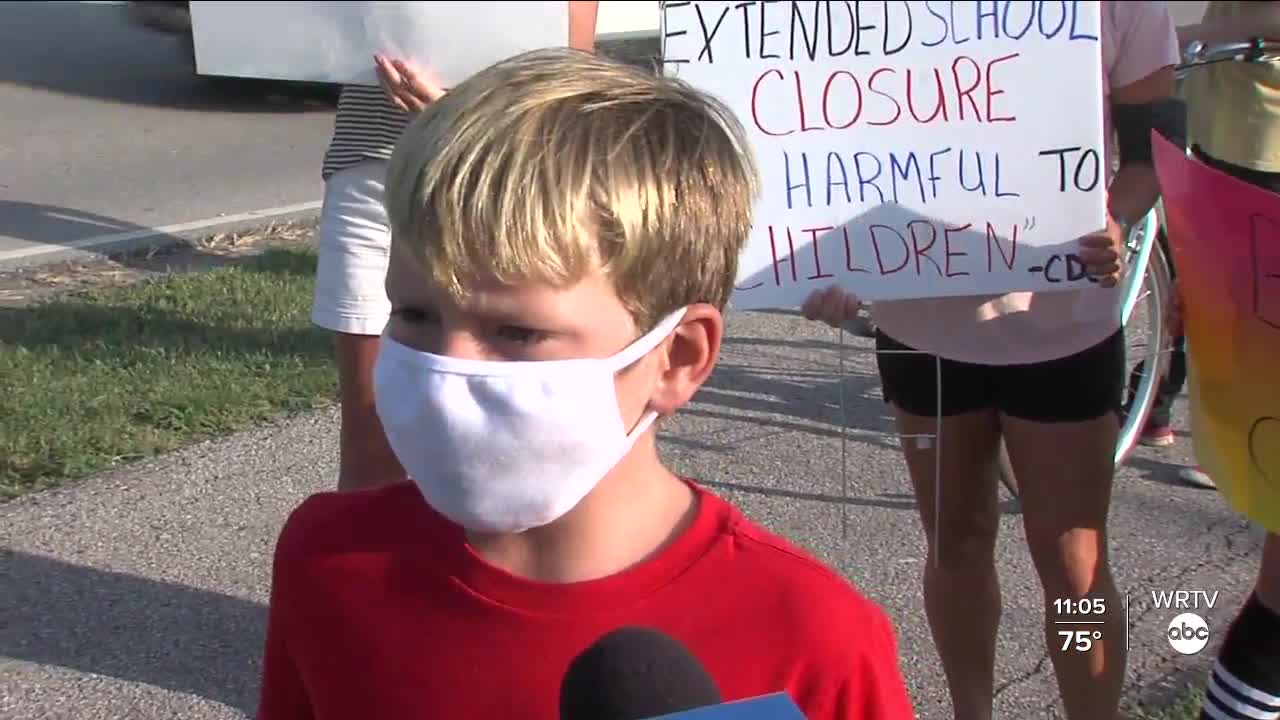 Debate in Fishers on when students will return to school. o

FISHERS — In southeastern Hamilton County, the demands from families protesting outside of Thursday's special school board meeting are crystal clear.

"We need to get these kids back to normal, at least closer to normal," said Donna Dowd, a grandparent to a district fifth grader.

The Dowd family is pushing for Ellie Dowd to return to in-person classes. Ellie, who has been doing school online since the pandemic began in March, is no fan of e-learning.

"It's pretty like boring. I mean sometimes it's fun, depends on what we're doing... Actually, we have like five or six Zooms per-day." Ellie Dowd said.

Third grader Will Brayback is among the Hamilton Southeastern students in kindergarten through fourth grade who are already scheduled to return to the classroom part-time while still doing the e-learning hybrid, but Brayback isn't exactly sold on that idea.

"After Labor Day, I get to go back 50/50, but I think it'd be a lot better if we could go back full-time because then you're not going to miss a bunch of Zooms and stuff because you'll be at school and you'll learn a lot better because if you're at home you're not really learning anything," Brayback said.

Ryan Dowd says he's comfortable sending his daughter back to physical school after seeing other school districts learn how to navigate the pandemic. That's why he's pushing for the school district to reopen classrooms and give students a break from virtual school which he says can sometimes be overwhelming.

"Thinking as an adult this is pretty hard to read through all the emails, make sure you get the passwords right and all that stuff and their doing a great job. I respect the kids. I can speak as an adult, there's no way in heck I'd be able to do what they're doing," Ryan Dowd said.

The Hamilton Southeastern School Board voted four to three Thursday, to move students in grades five through 12 back into the classroom in a hybrid plan, as they've already planned for grades K through fourth. School board member Amanda Shera says the calls to return to the classroom were loud and clear.

"We get hundreds of emails every week and we read through them and I have them in files in different categories. 86% of parents want the students back in the schools and the teachers are best equipped to teach," Shera said.

Mayor Scott Fadness tweeted about the move, calling it an opportunity for kids to attend school.