Since the coronavirus outbreak, the Red Cross has lost over 2,700 drives nationwide. 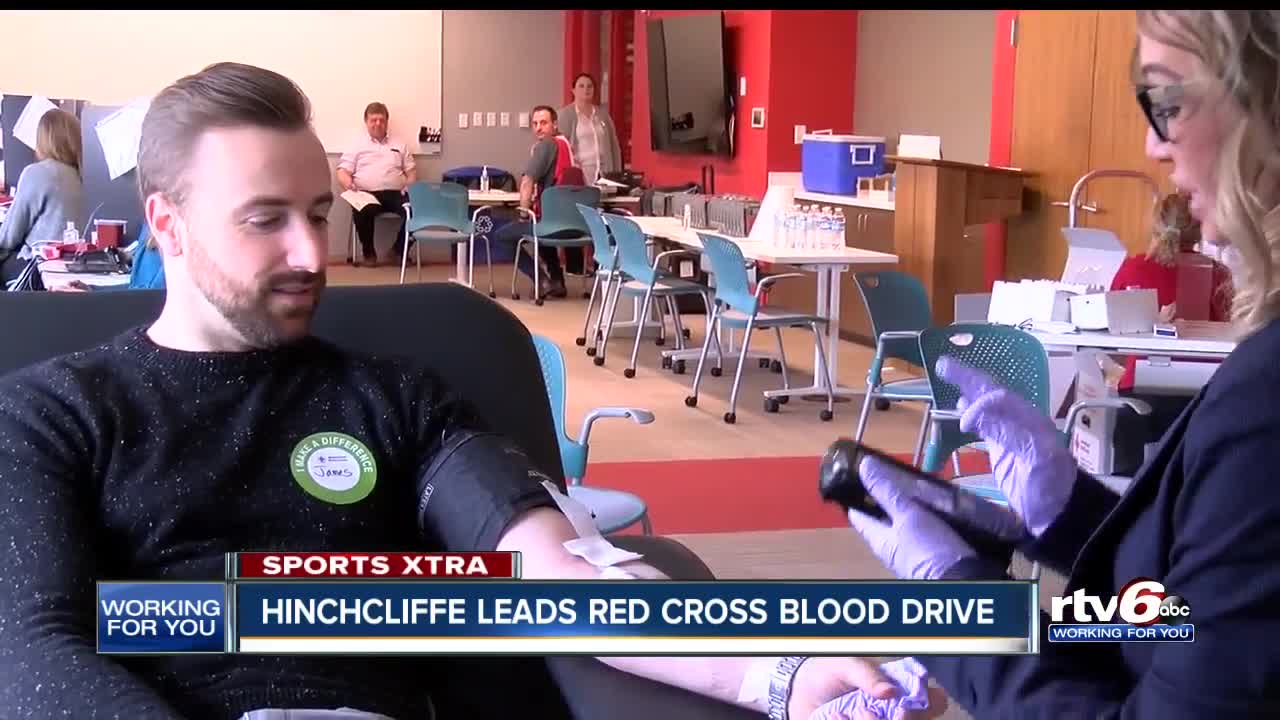 IndyCar driver, James Hinchcliffe, knows all too well how necessary it is to give blood.

INDIANAPOLIS — The Red Cross is flying the flag of help again, a sign that the country needs help.

Among the first on the scene is IndyCar driver James Hinchcliffe.

It's hard to believe it's been almost five years now since Hinch's accident during practice for the Indy 500, where he lost 22 pints of blood — twice an average person's blood volume.

That 2015 accident nearly cost Hinchcliffe his life. So, a splash of hand sanitizer and a temperature check is the small stuff on a day like this.

"Most of the blood that the Red Cross collects comes from drives at schools, universities, colleges, big businesses, [and] obviously all of that's shut down," Hinchcliffe said.

The statistics are more telling. Since the coronavirus outbreak, the Red Cross has lost more than 2,700 drives nationwide — to the tune of 87,000 pints.

The Red Cross never issued appeals like this — and with a visit from Joe Hogsett, what else could bring together the Mayor of Indianapolis and the Mayor of Hinchtown?

"We put out the email or sent him a text, and his response is 'tell me when and point me in the right direction, and I'm there.' And I gotta tell you; it's genuine," Chad Priest, the CEO of the Indiana Red Cross, said.

These are strange times. It was just a few days ago when IndyCar's season opener had the crews and the support series ready to go before the St. Pete race was canceled.

Doing what's right is the underlying theme for Hinchcliffe.

"The whole thing in St. Pete was bizarre and surreal," Hinchcliffe said. "But, we're no different than any other organized sport. I just hope as a country, and as a planet, we get a hold on this as quickly as possible, and then we can all go back to normal living."

And for Hinch? It's about giving back to a group that kept him alive, not to mention so many others.

"If you don't have money to give, you got blood to give," Hinchcliffe said."Everyone has a little extra time on their hands. Go to redcross.org, find a drive, and try to come out and donate."

Hinchcliffe has worked with the Red Cross ever since his accident in 2015.