Family with cystic fibrosis asks you to mask up 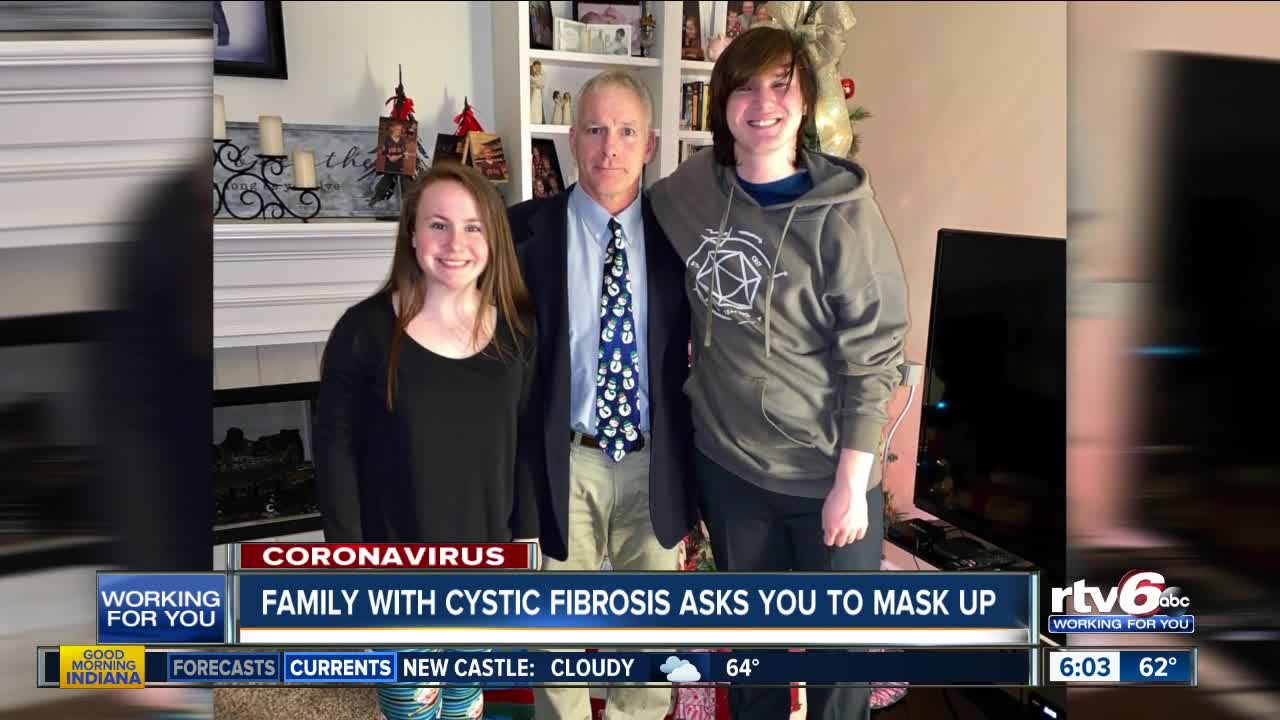 Family with cystic fibrosis asks you to mask up

INDIANAPOLIS — Putting on a face mask and social distancing is a new part of our daily routines, but for families living with cystic fibrosis, these precautions are nothing new.

Just 30,000 people across the country live with cystic fibrosis, and since March, only 122 of them have tested positive for COVID-19.

Brenda Fox, whose two children have cystic fibrosis, says that proves their community knows how to handle what's happening right now in America.

Fox's children, 17-year-old Lucas and 14-year-old Hannah were both diagnosed with cystic fibrosis, a genetic disorder that affects the lungs, pancreas and other organs, roughly 12 years ago.

Because of Lucas and Hanna's condition, the family has always taken extra precautions to make sure the two stayed healthy.

Fox says following safety precautions have worked for their family all of these years, and now that the Centers for Disease Control and Prevention and Gov. Eric Holcomb, R-Indiana, are asking everyone to mask up, she's hoping more people will listen so they don't put others like her children in more danger than necessary.

"Wear a mask," Fox said. "You know you're only not helping yourself, but you're also helping the person that you're walking by. It's something that we're all going to have to be accustomed to for who knows how long."

Fox says they're trying to live life as normal as possible right now. Her son is working at his job, and both kids will go to school two days a week.