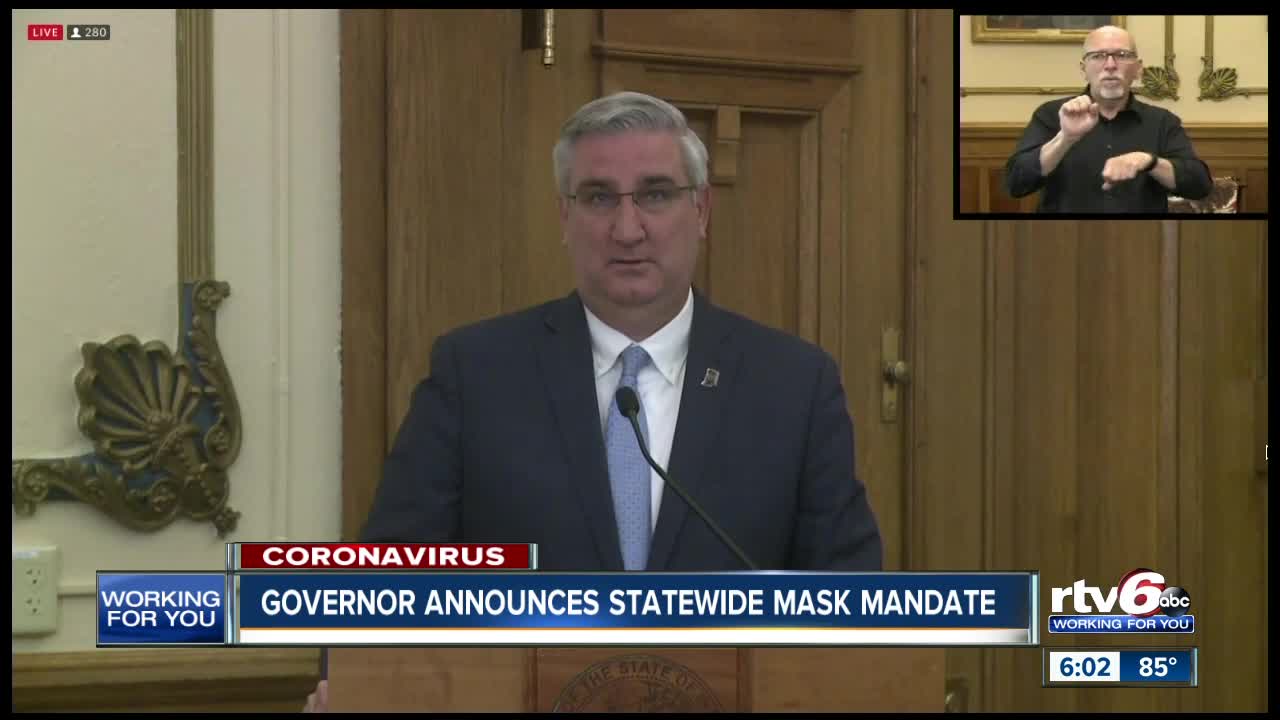 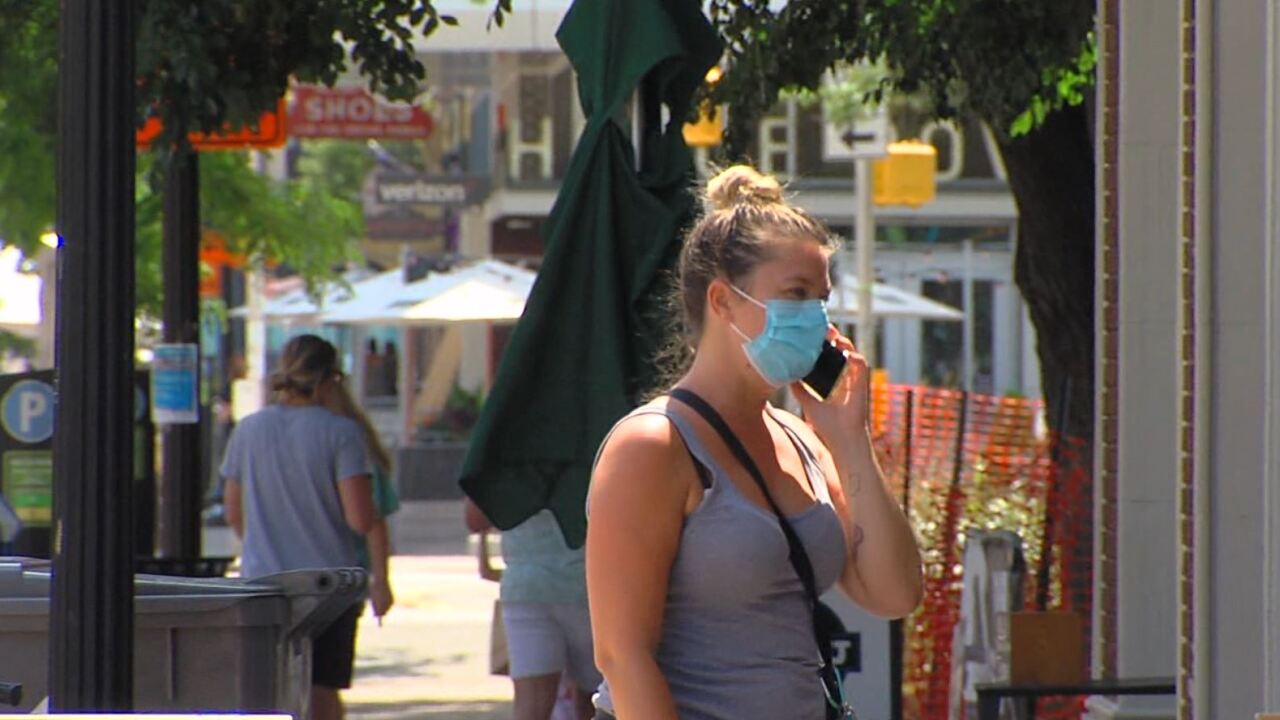 Executive Order 20-37, which was signed Friday, will remain in effect until at least August 26.

The order will apply for anybody 8 years old or older in public indoor spaces, on public transit, outside when it's not possible to be socially distant and in schools.

“Hoosiers have worked hard to get where we are today with businesses open and people back at work. We want to keep it that way. We don’t want to dial things back. Face coverings can and will help us blunt the increase of this virus,” Gov. Holcomb said.

When the order was initially announced on Wednesday, Gov. Holcomb had said not wearing a mask would be a Class B Misdemeanor, but the final executive order signed Friday does not include criminal penalties for not wearing a mask.

Instead, it says state and local health departments are responsible for "enforcing compliance" through education about the importance of wearing face coverings.

The mandate indicates the decision to mandate masks for Hoosiers was driven by the following date:

Read the full executive order below.

Holcomb said not only are more outlying counties in Indiana seeing more COVID-19 cases, but there are more cases in surrounding states. Indiana will join all its surrounding states (Kentucky, Ohio, Michigan, Illinois) in requiring a mask.

Watch more from the announcement below.