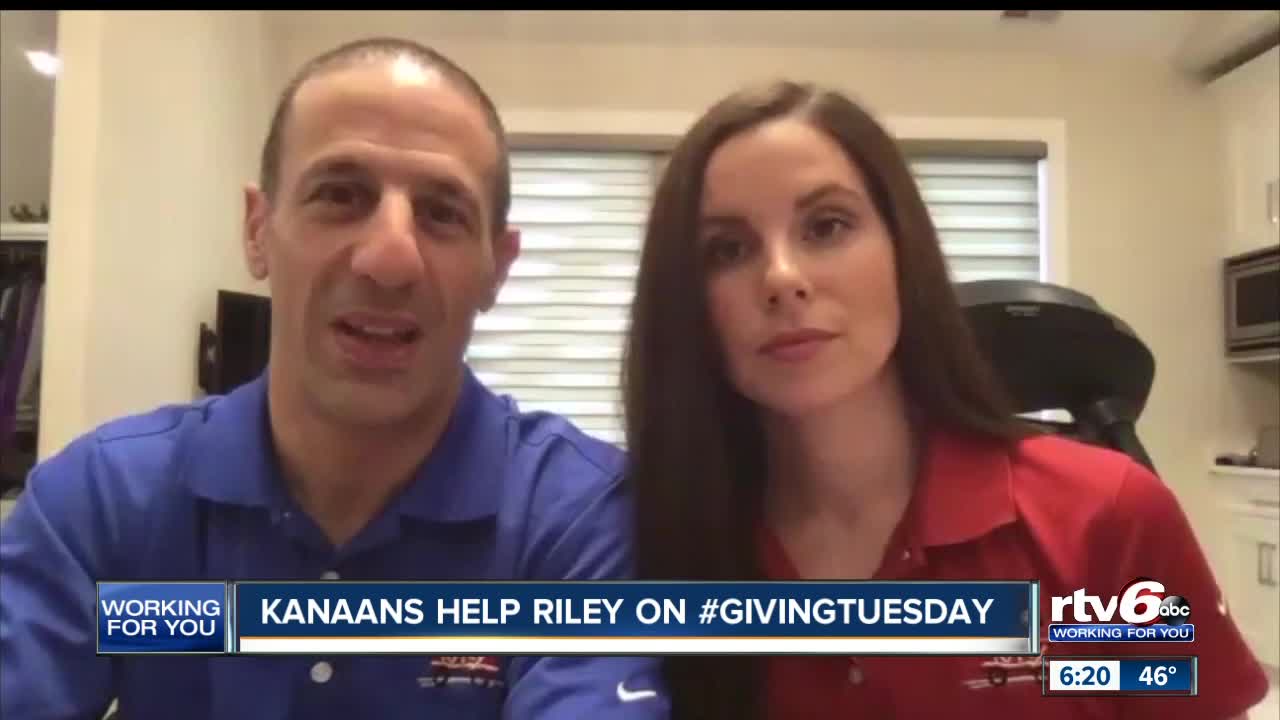 Tony and his wife, Lauren, are helping Riley race toward a successful new fund.

It's May but the racing season remains on hold. On Tuesday, far more important things are happening raising money for the Riley Relief Fund. The Riley Relief Fund provides emergency assistance to Riley families during the coronavirus crisis.

"I understand it's one less thing you guys want is to hear us ask for something but what Riley is doing right now, you have no idea how many families have been affected by the COVID-19 pandemic," Tony said. "Parents who lost their jobs, they have their kids in the hospital and the Riley Fund is even helping them. Personally, I could be at the race track. We're not. I could have our show. We're not. So, we're going to raise some money."

Up early in the morning going until midnight.

"We just want to make sure Riley is on the radar of people who are willing to help and are willing to give," Lauren said. "For parents like us, having a reason to need Riley means you have a child compromised in some way. Regardless of how long you've been there, if you just got there today, you're life is upended for that reason alone already."

The Kanaans have been personally involved with Riley for a couple of years.

"Max came into the picture and needed it. I can't get tired of saying this, I never met a kid that actually asks to go to the hospital like he does," Tony said. "His care was so good, so great. He had to have surgery."

The Kanaans said they have partners that are going to match the donations.

"For us, it's a mission and I understand there are many other people that need many other things," Tony said. "The world is big. The population is huge so if we all do a little bit we'll be fine."