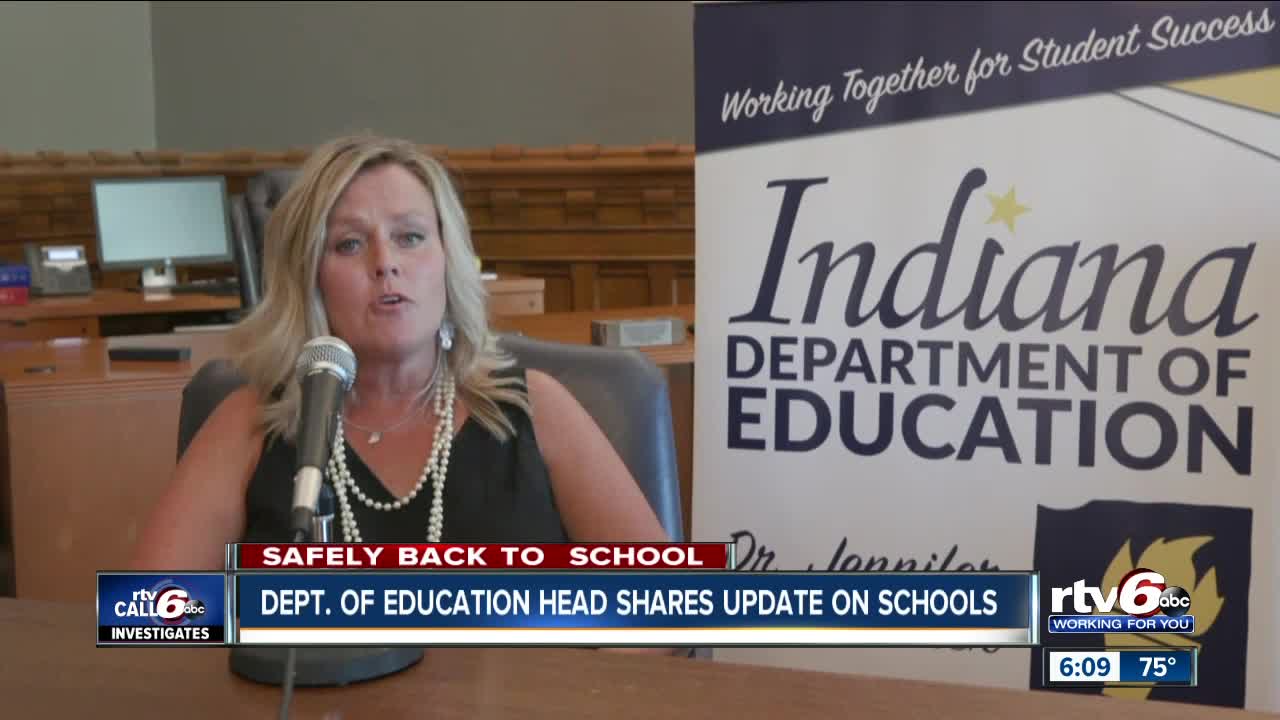 INDIANAPOLIS — In just the first few days of school, districts across central Indiana reported cases of COVID-19 among students.

Now, we are asking the head of the state's department of education whether or not the state will provide more directives to help stop the spread of the coronavirus in schools.

Things are changing on a day-to-day basis for school districts across central Indiana. Just as soon as their doors open, schools are having to trigger their coronavirus response plans. Families are wanting more guidance on how best to keep their students safe.

"For me to sit and say who should be open, when they should be open, should they be closed, based on what I have been told from our medical experts we are good to go," Dr. Jennifer McCormick, the state superintendent of public instruction, said.

McCormick said some districts aren't safe to reopen, which is why they've decided to do virtual learning or a hybrid. McCormick said 17 school districts across the state initially planned on returning this fall entirely virtually. Now, that's the plan in 31 districts.

Those safety plans to not have to be approved by the Indiana Department of Education right now. McCormick said superintendents are asking the state for some more direction on what the threshold might be on number of cases requiring them to shut down.

"We are getting asked quite a bit about that. Parents are also too asking for that," McCormick said. "Some of our parents are asking for more of a black and white what can we expect if we are watching the trends go up and we know we hit let's say seven and that triggers let's say an elementary to close down."

McCormick said it's a case-by-case basis to be decided by the local health department and school district. It's a sometimes unpopular stance, by teachers in particular.

"We've had people leave the profession, we've had people ask for medical leaves because it may be their own family, it's someone in their family they don't want to put at risk or themselves," McCormick said.

McCormick said it allows the health experts and district leaders to make the best decision for their communities.