There is a battle survivors face after beating COVID-19 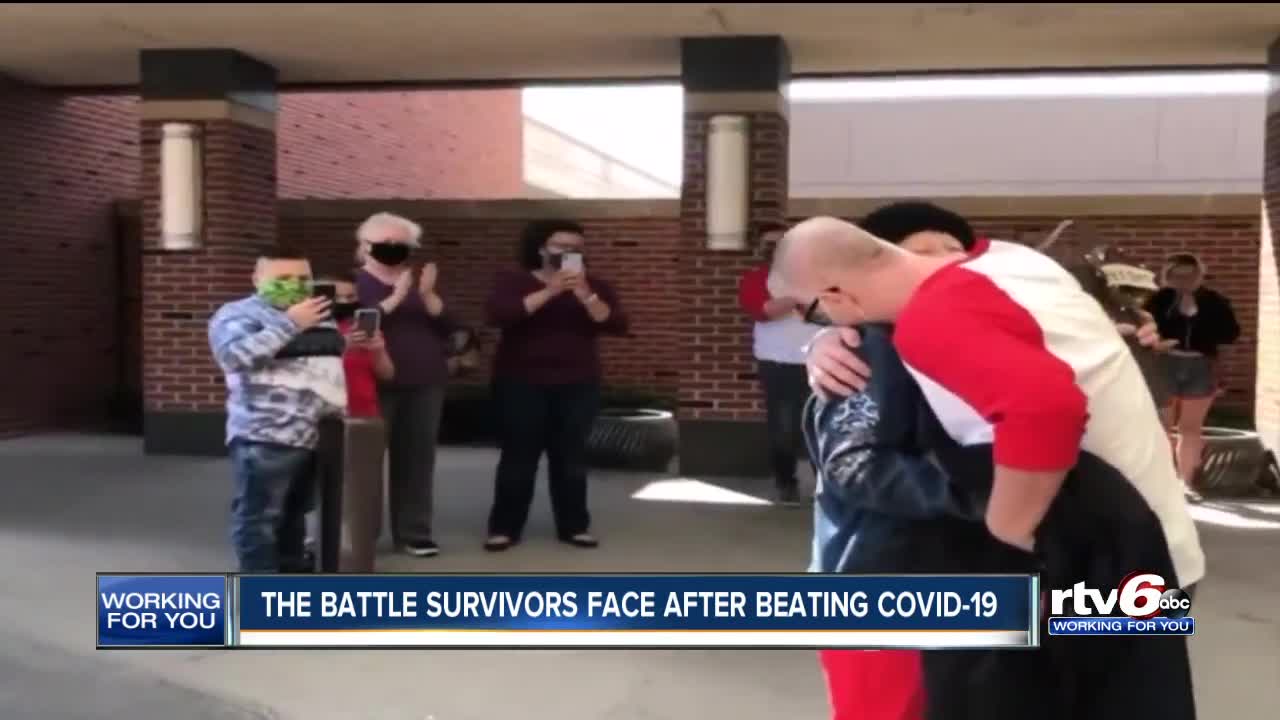 INDIANAPOLIS — Since the COVID-19 pandemic began, RTV6 has been bringing you stories of survival, sharing the moments patients hospitalized for the novel coronavirus finally get to head home.

But the battle for many of those patients does not end when they leave the hospital. A doctor and a survivor are sharing the mental toll of fighting off serious COVID-19 cases.

"Now the patients are in isolation, families aren't allowed to visit," Khan said. "They can't see their loved ones."

Khan said the scenario faced by COVID-19 survivors sets them up for potential problems once they leave the hospital setting.

"Because of being exposed to extreme stress, they can develop symptoms of anxiety, depression, post-traumatic stress disorder," Khan said.

The problems people face after battling a critical illness like COVID-19 is called post-intensive care syndrome.

Dumauriea Williams, who was in the hospital for COVID-19, has some of the symptoms.

"Somehow or another I'm now having anxiety attacks and they're looking into as PTSD," Williams said. "There's some nightmares going on and some mental stuff going on."

Williams' fight with the virus began toward the end of March. Things got so bad at one point, the doctor told him to start getting his affairs in order.

"Right after he told me that we started planning my funeral," Williams said.

He recovered enough to leave the hospital on April 19, but he knew something was wrong.

"When I first got out I was having hallucinations for about five days," Williams said. "I have to fight on a daily basis but on the most part it's being controlled. I'm not on medication or anything like that, I just have to work through it each day."

Williams' doctor is working with him on a treatment plan so he can get back to cutting hair once barbershops are allowed to reopen, something he hasn't been able to do since March.

"Even holding clippers will be different at first and I'll get back into it because that's what I do but it's just the confidence of doing it and making sure it's at that same high level," Williams said.

Khan said he hopes doctors treating patients who've recovered from COVID-19 will start asking questions and working on treatment plans that will help them regain a sense of normalcy.

"Acknowledging it and connecting with them," Khan said. "And tell them I can somewhat understand what you're going through and we have the resources to help you pull through."