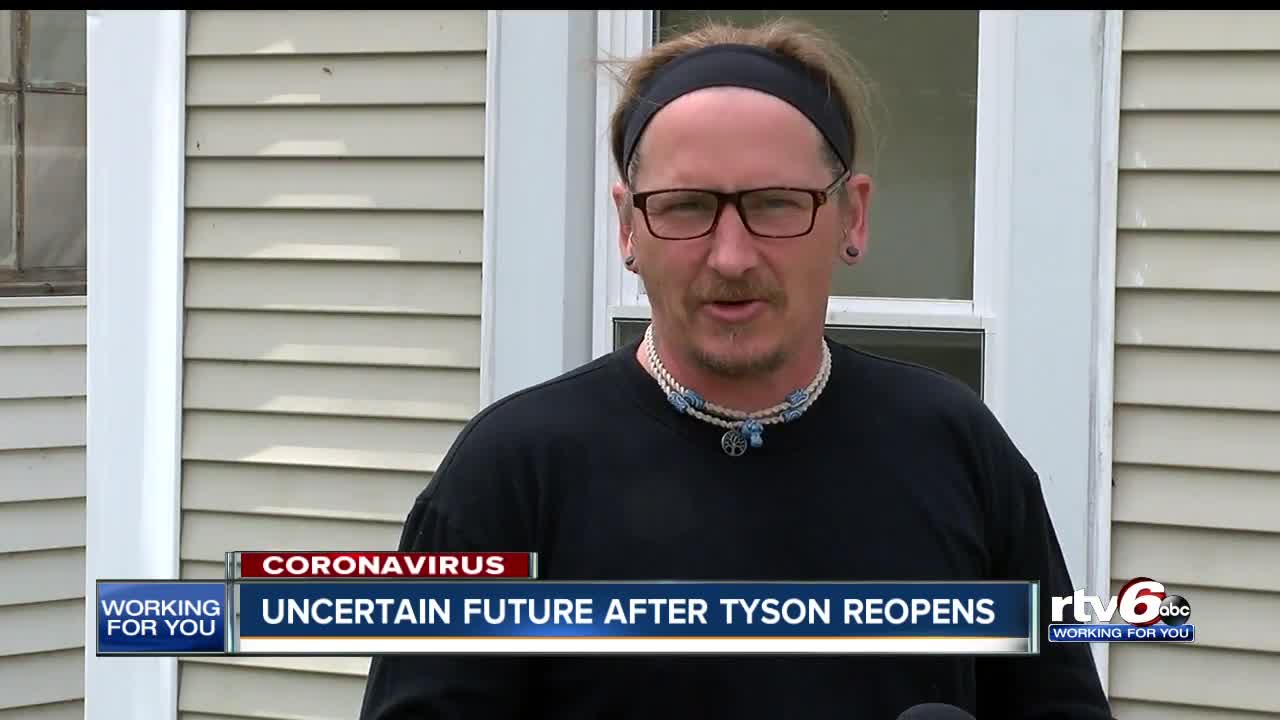 An employee at the Tyson meat-packing plant in Logansport says he is not risking his life to go back to work yet.

LOGANSPORT — An employee at the Tyson meatpacking plant in Logansport says he is not risking his life to go back to work yet.

Meat processing plants around the world have recently become hotspots for COVID-19. At the end of April, the Tyson Fresh Meats plant in Logansport closed after hundreds of employees tested positive for the virus, according to the Indiana State Department of Health.

It reopened Thursday as the company and state say safety measures are in place.

Gary Whitehouse and his family have been struggling since the plant closed. When he heard the plant was reopneing, he decided not to go back to protect his family.

"I wasn't going to take a chance of getting it, and even if I don't catch it and I'm just a carrier, I'm making them all capable of catching it. I just couldn't do it," Whitehouse said.

He says he's heard about the safety measures put in place, like screening workers for symptoms, enforcing social distancing, and requiring workers to use surgical style face coverings, but doesn't think it will help if the work stations are set up like they were before the plant closed.

"Where we're standing right now on the job, there's four people standing next to each other, sometimes five," Whitehouse said.

He says he knows he may lose his job for telling this story, but thinks it's important for people to know the tough situations people like him are in.

"They say the ones that are getting affected the worst are the elderly and the children," Whitehouse said. "I'm around elderly people. I'm around children every day. I'm going to be 50 next year. It was not worth it."

Tyson has also installed workstation barriers and made hand sanitizer more available to workers. A mobile healthy clinic at the facility is also being used to help control and prevent the spread of the virus.