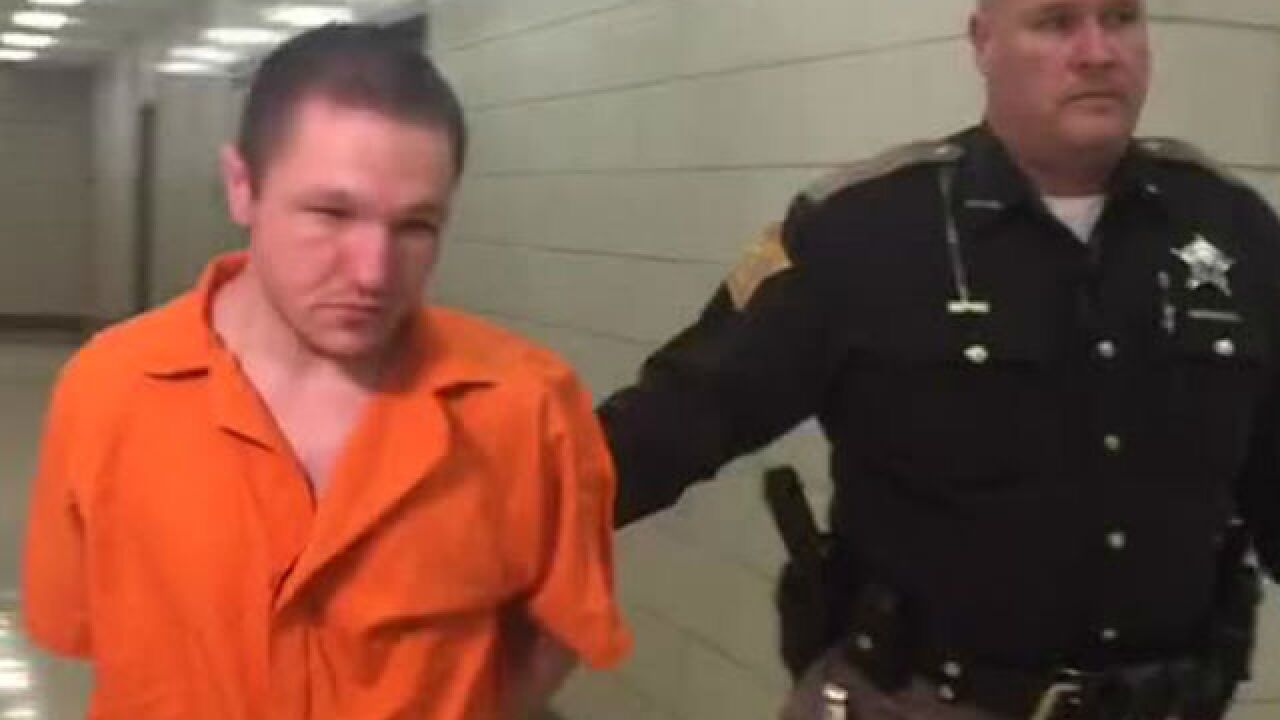 INDIANAPOLIS -- Before walking into Downtown Olly's bar Sunday night, Indiana State Police say Brandon Savage called them, saying he was "getting ready to go into a gay bar and shoot everyone. It’s going to be like Orlando.”

According to a probable cause affidavit, Savage told police he was armed with a Glock, a Derringer and a machete.

He also reportedly told them that "the police had better hurry."

On Wednesday, the Marion County Prosecutor's Office said it had filed new charges of intimidation and harassment against Savage – on top of one count of attempted robbery he was already facing for the incident.

The charges, filed along with an updated affidavit, allege that shortly after Savage placed his call to state police, he walked into Olly's Bar on Illinois Street downtown and told an employee, "I'm going to hold all of you hostage." That employee, John Dixon, later told police Savage was patting his right hip with his hand as he made the threat – as if to insinuate he had a gun.

Dixon said Savage then demanded all of the money from the registers.

Before police arrived, another patron in the bar, Adam Goble, said Savage approached him and repeated the threat he'd made to ISP.

"You know what happened in Orlando? It's happening right now," Savage allegedly said.

Goble said Savage then mumbled something about hostages, and was pacing and looked very nervous.

When officers arrived, Savage reportedly told them, unsolicited, that his "jacket was near the overpass of I-65 on Illinois Street, and that it had a gun in it." An IMPD officer was able to locate the jacket, but said no gun was found inside it.

Savage himself was not armed with any weapons at the time of the incident.

Marion County court records show Savage served 22 days in jail in 2015 after pleading guilty to a charge of false informing.

On his Facebook page, Savage claims to be a corrections officer for the Indiana Department of Correction. According to the agency, records show he is not, and has never been, a correctional officer with IDOC.

Savage also claims on his Facebook to be a U.S. Army veteran who was diagnosed with PTSD. RTV6 could find no military records for Savage corroborating that claim, and a former acquaintance of Savage's contacted by RTV6 said he didn't believe that was true.

As of Wednesday afternoon, Savage remained in the custody of the Marion County Jail. No bond had yet been set.