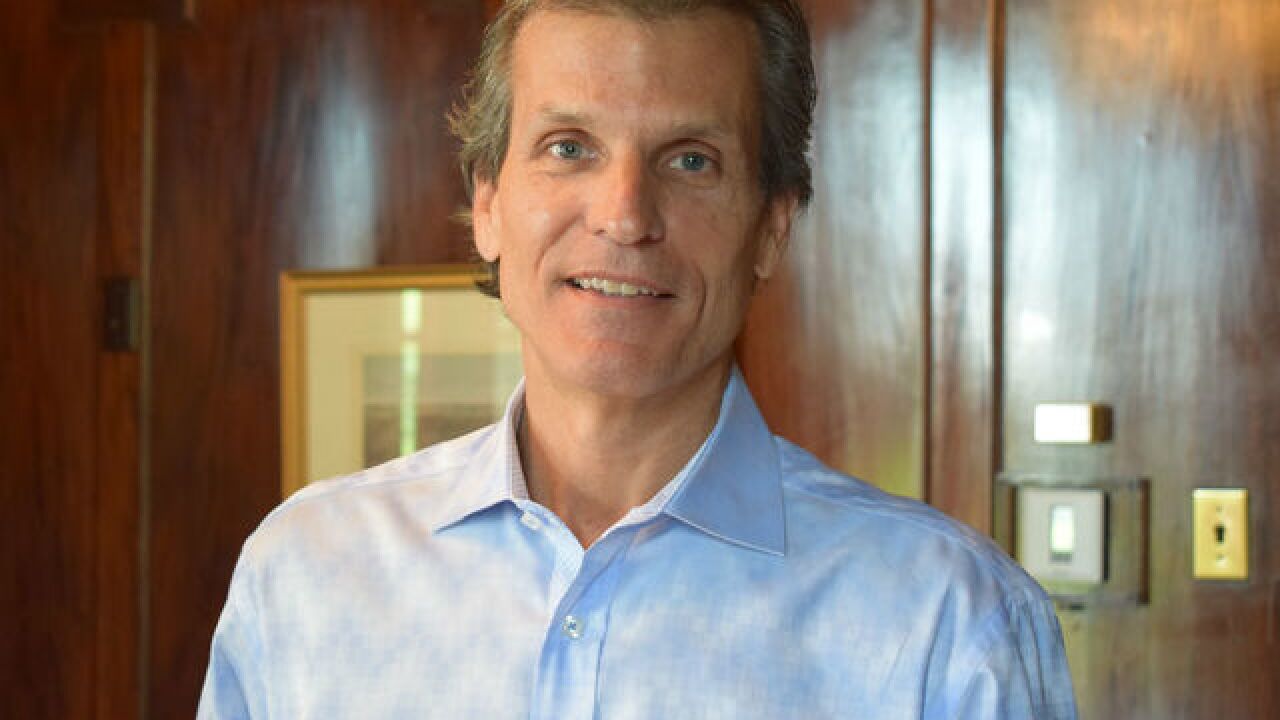 The One Heart Project operates right now statewide in Texas and in the greater Kansas City area. Founder Steve Riach says the organization says the organization brings together the toolset, skills and resources to achieve a restorative justice model for young adults in the justice system that is currently "fragmented" in the U.S.

What that means, Riach said, is ensuring that when they leave juvenile detention, Marion County youth will have help finding a job and transportation, as well as ongoing support and mentorship.

Riach said just sending them home from jail isn't always a step forward for some in the juvenile justice system.

"Home may be the place where they've gotten in trouble, where they've been abused – so home may not be a safe place," Riach said.

LONGFORM | 'The Gun is Almost Like Gold:' More kids in the crossfire as Indy sees 70% spike in youths with guns

Riach says he was inspired to action while working on a film in Texas about a football game between Gainesville State School juvenile correctional facility and Grapevine Faith Christian School.

"A young man told me he was about to be released tomorrow," Riach said. "I told him, 'Congratulations, you must be very happy.' He said, 'No sir, I'm terrified.'"

That young man was named Mack White. Since his conversation with Riach, he's turned his life around and become an actor. He starred in the movie "Carter High," and continues to keep in touch with Riach.

Former IMPD police chief Troy Riggs, who now works at the Sagamore Institute – which is helping One Heart launch its Indiana operation – says there are hundreds of Mack Whites in the Indiana juvenile justice system right now.

In Marion County alone, the juvenile detention center holds up at 144 juvenile inmates. It averages a population of 95 juveniles on a given day. Each of them will spend an average of 21 days in jail before being released, according to a 2016 audit of the facility.

Riggs said while he was police chief, and public safety director before that, he was frustrated watching juvenile offenders regularly move on to adult prison.

"Most of these juveniles have committed adult-type crimes," Riggs said. "They're likely going to leave and either go straight to prison, or they're going to die."

In an effort to disrupt that chain of events, One Heart partnered with software designers to repurpose algorithms used in online dating to better match juvenile offenders with adult mentors. Riach said the system has just been rolled out, but he thinks it will be a "game-changer."

"Most matches are based on convenience … you know: who lives in the same ZIP code, etc. That's not a model for sustainability," Riach said.

The algorithm matches juvenile offenders with adult mentors based on a multitude of factors, including personal history, demographic information, level of commitment, hobbies and more.

According to Riggs, that's key – because for many of the juvenile offenders involved in the program, their mentor might be the only person who cares about them.

"It's hard to believe in the U.S. today we have this large segment of the population that feels like nobody cares about their future," Riggs said. "A lot of these kids, they're telling us this is the first time they've ever felt like anyone loved them."

One Heart and the Sagamore Institute are currently meeting with shareholders and ironing out the details of the Indiana launch. Riach said he hopes to see a full rollout by Jan. 1, 2018, with some services possibly coming online earlier.

"There's going to be a lot of opportunity here for people who care about kids," Riach said.

Individuals or organizations interested in getting involved can find more information via the One Heart Project website or through the Sagamore Institute.