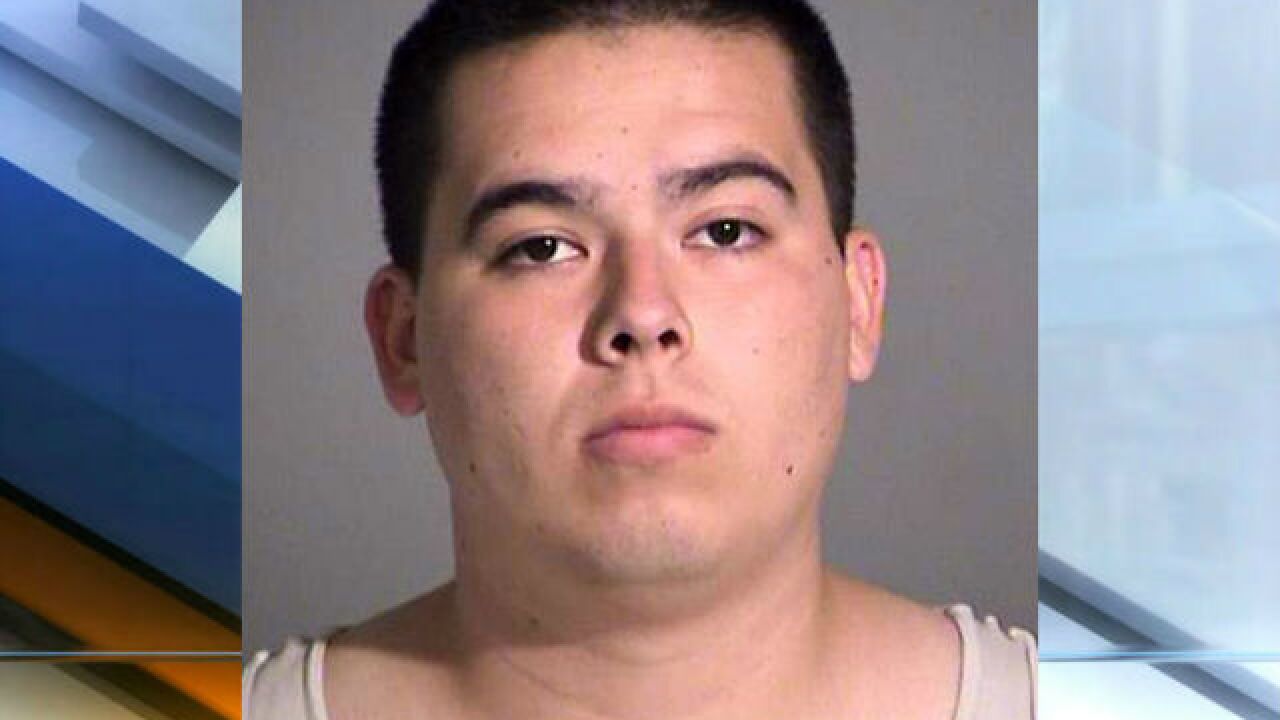 Copyright 2017 Scripps Media, Inc. All rights reserved. This material may not be published, broadcast, rewritten, or redistributed.
<p>Roger Ravell, 19</p>

INDIANAPOLIS -- Four men stormed into an east side home in early June looking for 20 pounds of marijuana they claimed belonged to the Mexican Mafia, according to charges filed Thursday in Marion County.

When the men didn’t find the drugs, police say they stabbed one resident of the home and then fatally shot a second resident, 28-year-old Christopher Curry, as he pulled into the home’s driveway.

According to a probable cause affidavit filed in the case, Curry's roommate had agreed in late May to let Ravell – who he said he only knew as “Roger” – have a package containing 20 pounds of marijuana delivered to his residence in the 1400 block of Ridgeview Drive.

For his help, Curry’s roommate told police Ravell had agreed to pay him $500, according to the affidavit.

Curry’s roommate reportedly told police Ravell showed up at his house on May 30 saying he’d had the package sent, and the tracking site showed it had been delivered. The roommate said he hadn’t received the package.

Ravell, according to the affidavit, didn’t believe Curry’s roommate and accused him of stealing the weed. Ravell also allegedly warned Curry’s roommate there would be consequences if the package didn’t turn up.

“[Curry's roommate] said Roger told him the package belongs to the Mexican Mafia and he didn’t want to see him get hurt over this,” detectives wrote in the affidavit.

Three days later, Curry’s roommate told police Ravell called and threatened to kill him and his roommate, Christopher Curry (who also denied having the package), if the package didn’t show up.

Ravell allegedly said someone would be coming over that Saturday, June 3, “to talk to them.”

Curry’s roommate told police he was awoken early in the morning of June 4 by four Hispanic males, one of whom he reportedly recognized as Ravell, entering his bedroom.

According to the affidavit, two of the men pointed shotguns at Curry’s roommate while a third grabbed a rifle he had been sleeping with for protection. Curry’s roommate told police the men began beating him and asking where the marijuana was. He said Ravell told him, “I told you this would happen.”

Curry’s roommate told police one of the men then zip-tied his hands behind his back and wrapped duct tape around his face and head. He said one of his eyes was not entirely covered, so he was still able to see what was going on.

According to the affidavit, the men then forced Curry’s roommate into the dining room, where they placed him on his knees and then stabbed him in the shoulder with a knife. Another man struck Curry’s roommate in the ribs with his shotgun. They reportedly continued to beat him while they searched for the marijuana.

Curry’s roommate said Ravell then asked for his cellphone, intending to call Curry. At the same time, he said, he heard a vehicle pull into the driveway of the home.

Curry’s roommate said Ravell spoke in Spanish to two of the other men, who “charged down the hallway.” He said he then heard a gunshot, and then a second gunshot.

Then, he said, he heard Ravell ask in English, “We’re leaving?” He said he didn’t hear a response.

Curry’s roommate told police he eventually made his way outside, where he found Curry lying beside his car with a gunshot wound to the face. Curry was pronounced dead a day later.

In an interview with police, Curry’s roommate said he saw Ravell wearing an AutoZone employee t-shirt. Police contacted AutoZone, which was able to match a description of Ravell to one of its employees.

Ravell was taken into custody on Tuesday and booked into the Marion County Jail without bond.

IMPD declined to comment on whether it believes the Mexican Mafia is operating in Indianapolis, saying only that it “continues to investigate and monitor trends” in the Marion County area.