A professorship and scholarship will be made for students and faculty at the IU Robert H. McKinney School of Law in Indianapolis. 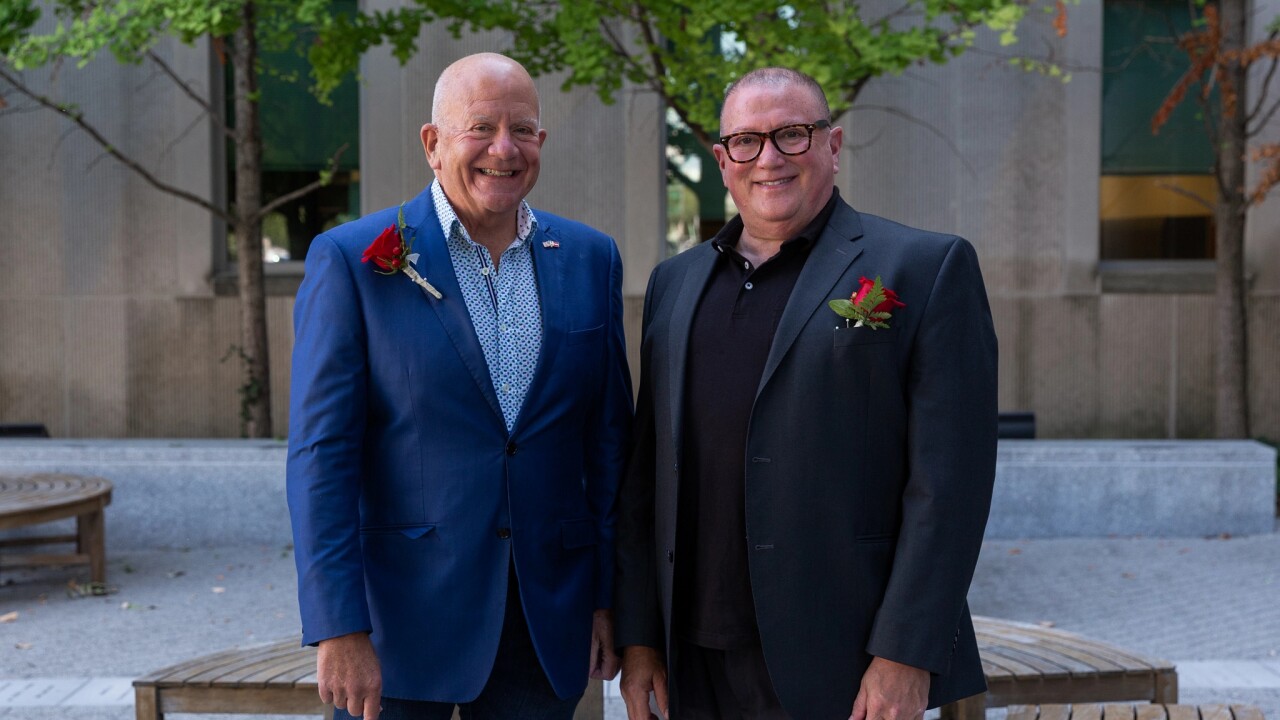 INDIANAPOLIS — An Indianapolis couple donated $4 million to the Indiana University Robert H. McKinney School of Law to create a scholarship and professorship that focuses more on the LGBTQ community, diversity, and immigration law.

The money, given by IU alumnus Steve Tuchman and his husband Reed Bobrick, will go toward an endowed scholarship available to students pursuing a Doctor of Jurisprudence degree at the McKinney School. Specific consideration will be given to members of the LGBTQ community, immigrants, first-generation Americans, financially challenged students, and students with diverse cultural experiences.

In addition to the scholarship, faculty at the McKinney School whose work is in advancing LGBTQ rights, reproductive rights, or immigration law practices and policies will also get a chance to reap the benefits of the $4 million gift.

"Many years ago, I recognized the potential and the value of this law school, located in our state capital, in a city that was beginning to make things happen. It all worked out very well -- for Indianapolis, for IU McKinney School of Law and for me," Tuchman said. "Now, the time is right to give back and help plan for the future."

Tuchman received his B.A. in 1968 and his J.D. in 1971. He is now a director at Lewis Kappes in Indianapolis, where his practice mainly focuses on immigration and nationality issues.

Tuchman is extensively involved in the Indianapolis community and is highly rewarded and recognized by IU and the state.

In 2004, Tuchman was named a Sagamore of the Wabash, he was awarded the Hine Medal for significant impact to the IUPUI campus in 2014, and in 2015 he was designated the Alumnus of the Year by IU's GLBT Alumni Association. And just two years ago, Tuchman was inducted into the Indiana University Presidents Circle.

"Steve thoroughly enjoys being a mentor to IU McKinney law students, many of whom have been so inspiring to us," Bobrick said. "We are especially pleased that the school has had an excellent track record when it comes to issues of diversity, and we are certain that will continue."

According to IU's release, Tuchman and Bobrick also gave a substantial monetary donation to the McKinney School in 2013 to create the Tuchman Bobrick Scholarship.

Bobrick is a graduate of Clark University and a founding partner and the principal designer for Misch Bobrick Design LLC.

"We intend this gift to ignite the potential for further growth and opportunity among students and faculty at IU McKinney," Tuchman said. "It is up to the fantastic stewards of the future to make good use of this gift and continue the progress that has been made. We are pleased to be part of that effort."