The goal: To understand each other 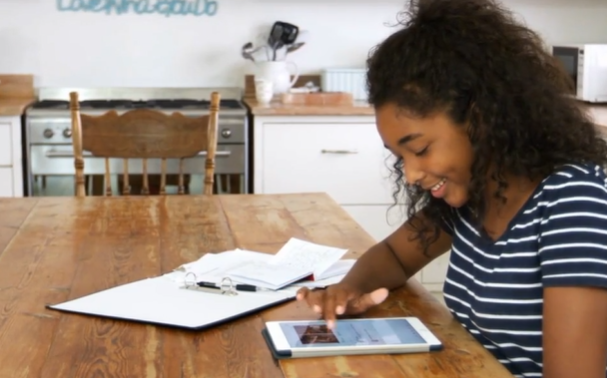 There are far too many challenges for parents now responsible for classroom learning at home.

INDIANAPOLIS — Being a parent is no easy task and being a parent of school aged children is harder today than ever before thanks to the coronavirus pandemic.

"Technology is on a whole other level now. There's the digital divide. There's so many obstacles," said Ontay Johnson.

Overcoming those obstacles is the goal of a new non-profit organization called Empowered Families. Ontay Johnson is the program's executive director and says the goal is to make sure parents and school leaders not only hear each other but understand each other, so students have everything they need to learn.

"There are moments when parents are frustrated because, listen, their bandwidth may not be what it should be because they're working two or three jobs, single moms trying to make things happen," said Johnson.

Clare Pope knows how complicated a school system can be. She's a mother, grandmother, and heavily involved grassroots organizer on Indy's east side. That's why she is among eight community leaders selected by Empowered Families to serve as community liaisons between area parents and schools. Her task is to be the voice for parents and make sure Indianapolis school districts are talking with parents before making big decisions, like changing curriculums or even closing schools.

"If the parents are already running behind with understanding how the school system is operating and then you turn around and changes are being made then all that does is multiply the problem," said Pope.

In a time when just about everyone is apart but still working to move forward, there is an added push to make sure families and children aren't left behind.

"I can be that medium, that person in the middle to help clear an inconsistency between what the families are trying to say and what the schools are hearing," Pope said.

Parents of any school district who are feeling left behind or unheard, especially in this time of the pandemic, are invited to contact the team at Empowered Families by visiting their website: EmpoweredFamiliesIndy.org