Event focuses on educating young voters ahead of the November election 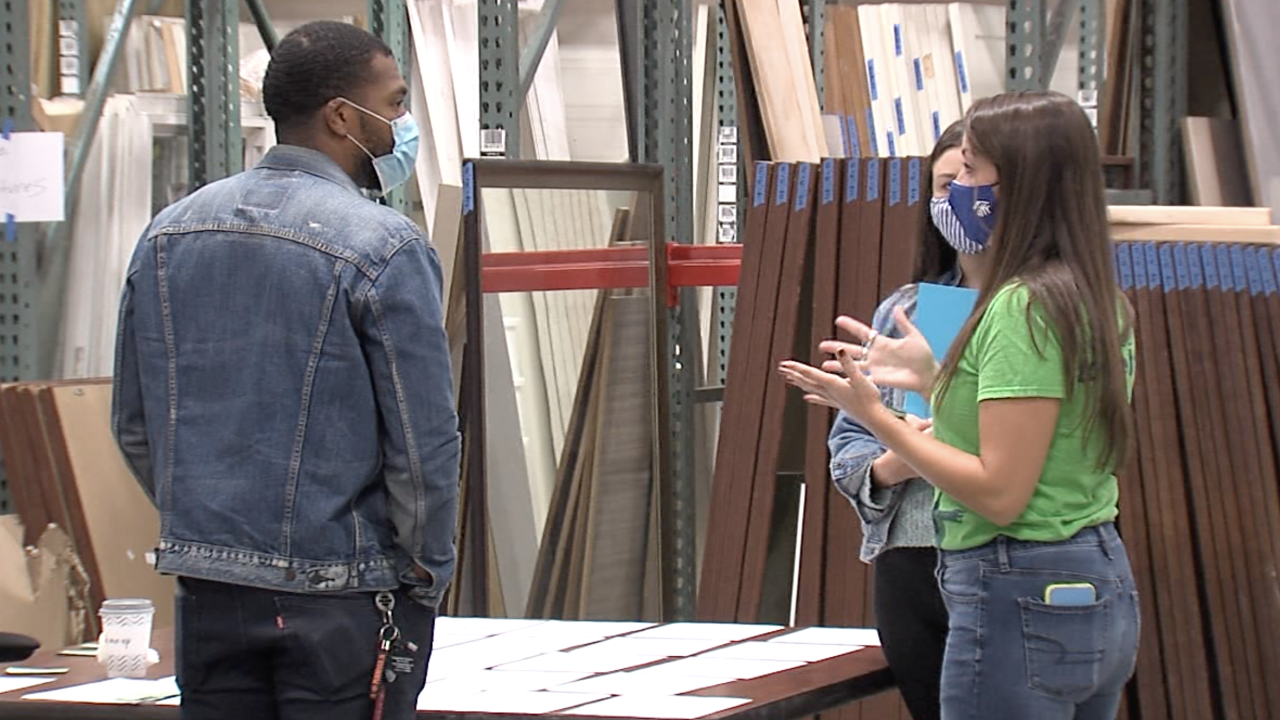 INDIANAPOLIS — With the deadline to register to vote in the November election passed, attention now turns to educating voters, making sure they know about the candidates and issues they're running on.

"I'm voting in this election because I think it's really important to let my voice be heard and I hope everyone feels that way," Riley Hill-Kartel said.

Hill-Kartel spent some of her Monday evening at Greater Indy Habitat Young Professionals' event that was focused on educating young voters.

"Young people as a generation, from what I've experienced, are very fired up," Hill-Kartel said. "I think about this year and I think we have a lot to say. By voting, you get to say that on a national platform."

Because this was a Habitat for Humanity event, celebrating World Habitat Day, voting was discussed in the context of housing.

"Every single politician is going to be voting for things in their legislature that have to do with housing," Meagan Heber, organizer for the event, said.

Heber says the pandemic has only made the housing crisis worse which is really impacting young people.

"We really are encouraging voters to read up on their elected officials and talk to them about the issues that matter to them, specifically housing," Heber said.

"The more young people come out, the more our voices are going to be heard for the next four years and really the rest of our lives," Hill-Kartel said.