Fraud claims aimed in part at keeping Trump base loyal 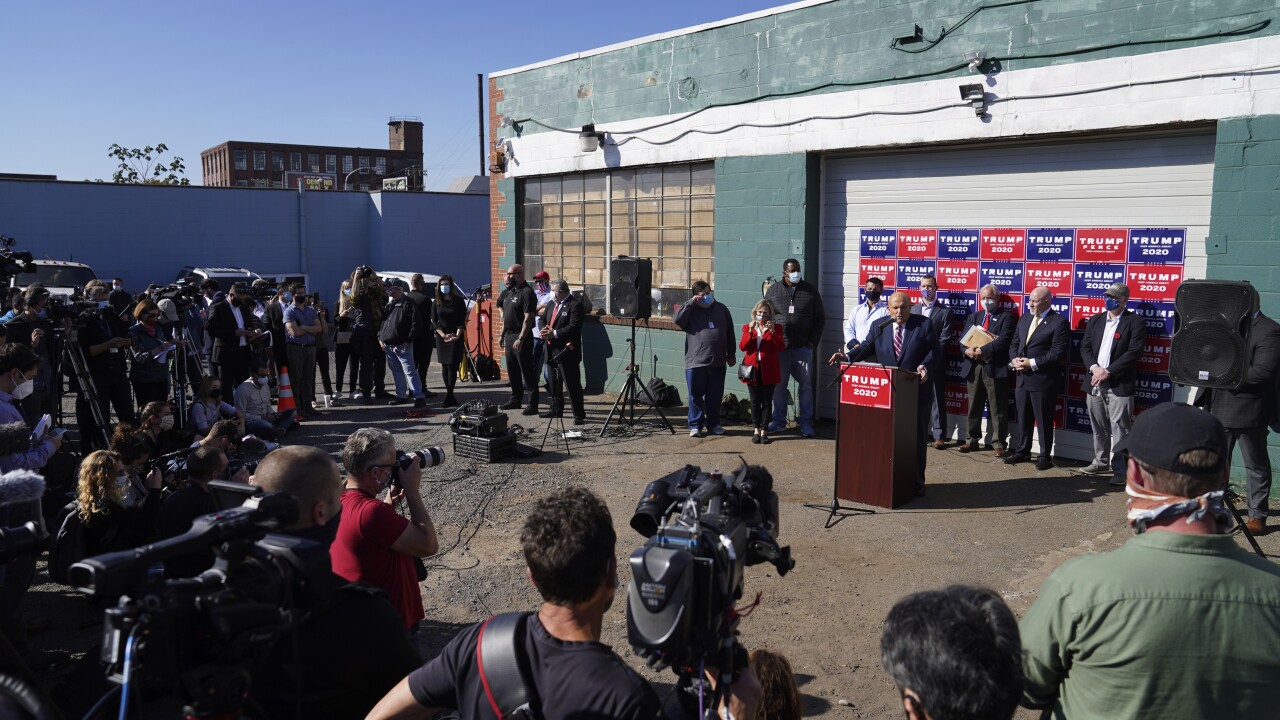 WASHINGTON (AP) — Several Trump senior officials, campaign aides and allies are telling The Associated Press that the campaign’s legal strategy to challenge President-elect Joe Biden’s victory is more about providing President Donald Trump with an off-ramp for a loss he can’t quite grasp and less about changing the election’s outcome.

The AP spoke with 10 people who were not authorized to discuss the subject publicly and spoke on condition of anonymity.

Trump has promised legal action in the coming days as he refused to concede his loss to Biden.

But Trump aides and allies acknowledge privately the legal fights would — at best — forestall the inevitable.