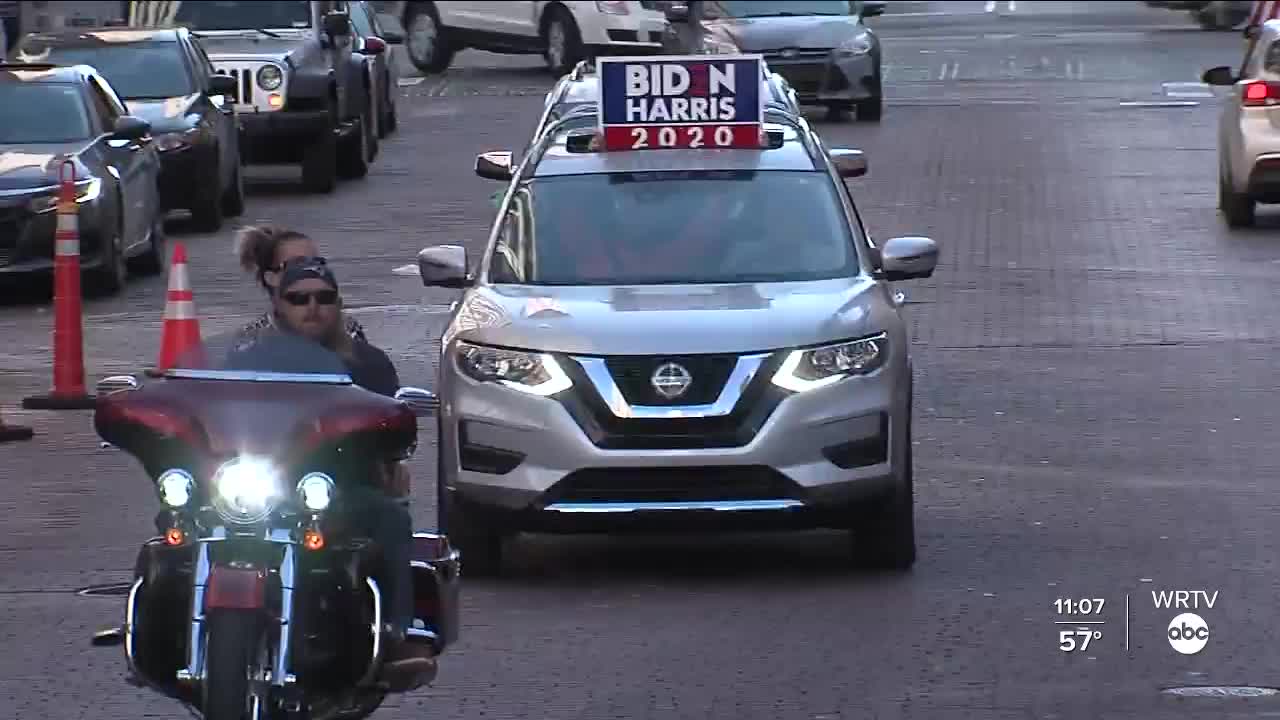 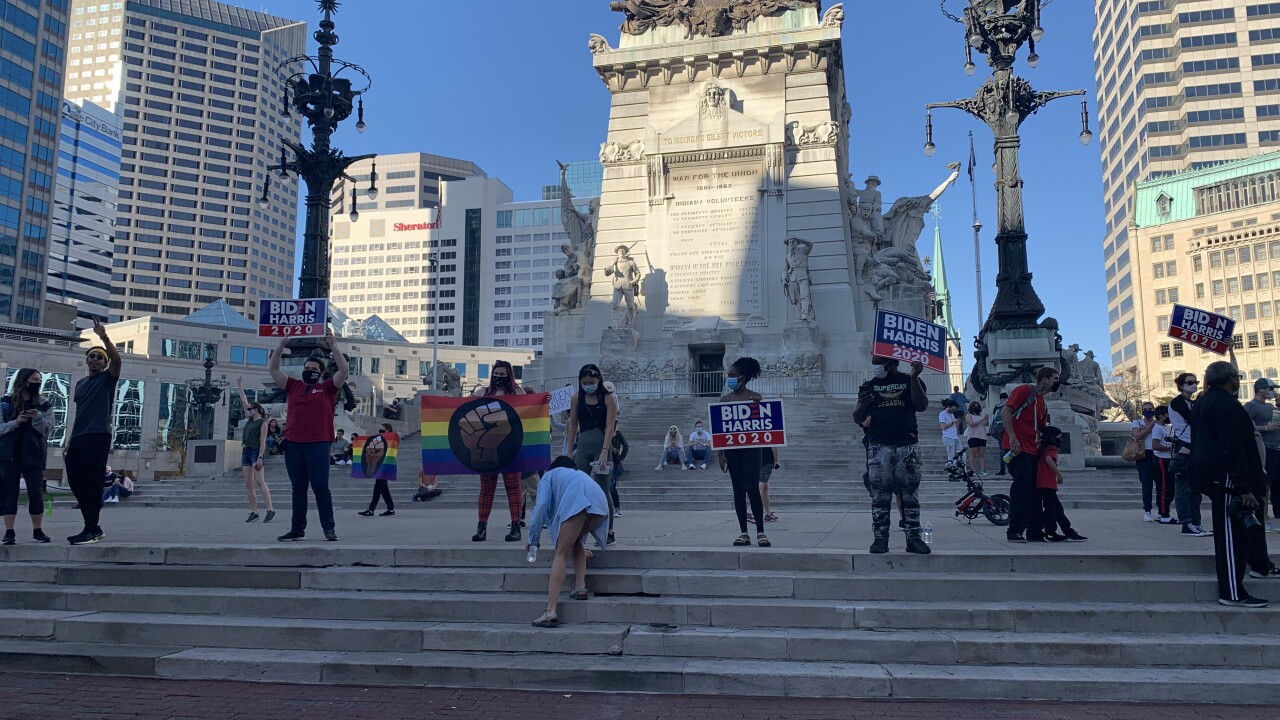 Hoosiers are reacting to Joe Biden becoming the next U.S. president-elect. That's how most people say they ended up here at Monument Circle.

It was word of mouth that brought out this crowd to celebrate Biden's win.

“It is more about the love and the peace in America than about the division in which they tried to create, in which they were creating they almost tore our country down,” Chad Hubbard said.

For some the excitement of the election is overwhelming, especially considering the history that has been made through Kamala Harris the first woman of color becoming the vice president-elect.

“Turned the news on and jumped around my apartment ecstatically,” BJ Roisman said.

“I was down here first today I hope a lot of veterans take satisfaction that were going to get back on track,” Gary Moody said.

Not everyone shares that enthusiasm.

"I support President Trump. I will stand him and also I am against election fraud,” Shouchin Man said.

At the Indiana Statehouse, Trump supporters were out upset because they are claiming election fraud and won't believe election results yet. They say if it turns out the election was fair, they'll accept the outcome

"I don't like the man; I have never liked Biden, but I will respect the office of the president because I think that is what good patriots do,” Derik Vance said.