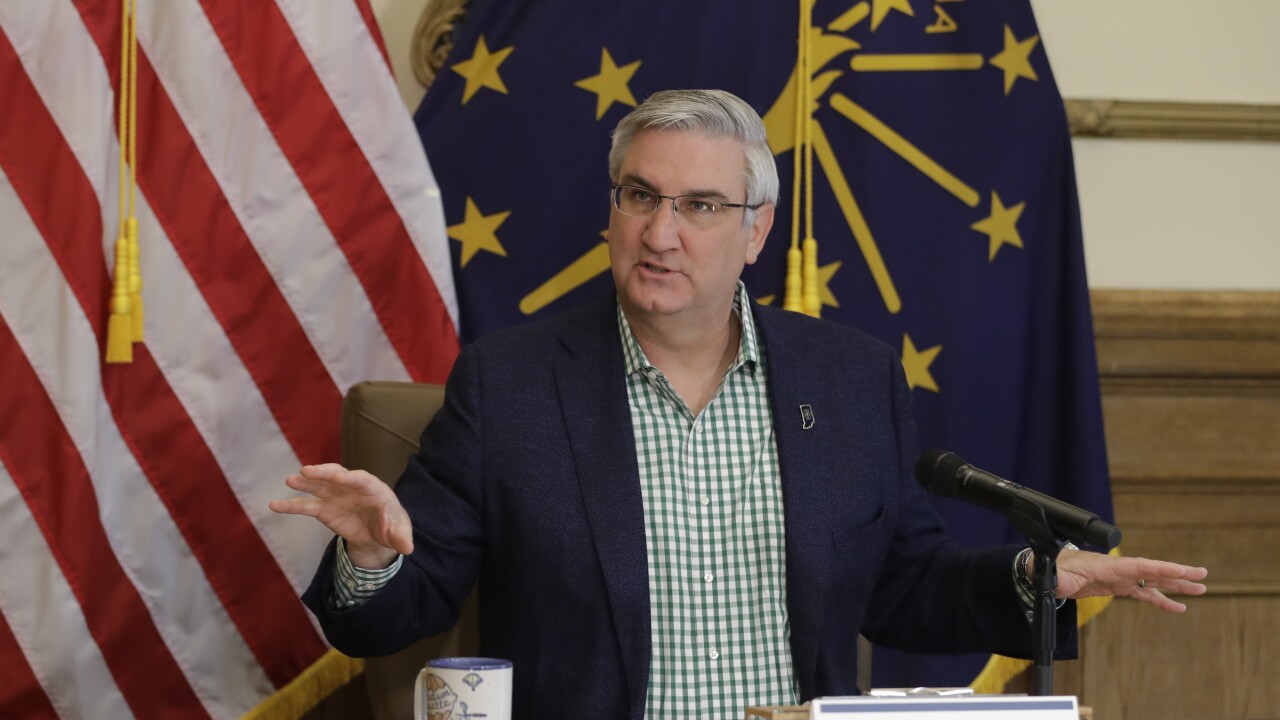 Darron Cummings/AP
Indiana Gov. Eric Holcomb prepares to host a virtual media briefing in the Governor's Office at the Statehouse to provide updates on COVID-19 and its impact on Indiana, Wednesday, April 29, 2020, in Indianapolis. (AP Photo/Darron Cummings)

INDIANAPOLIS — There will be no large ceremony to begin Gov. Eric Holcomb's, R-Indiana, second term.

The chairman of the Indiana Republican party says the public swearing-in ceremony will be postponed until the pandemic allows the traditional inauguration events to take place. No timetable has been set for that to happen as of yet.

Under state law, Holcomb does have to take an oath of office before his next term begins January 11. The republican party says details of that swearing-in will be released at a later time.