Here's why and how VP Mike Pence voted in Indiana, not in D.C. 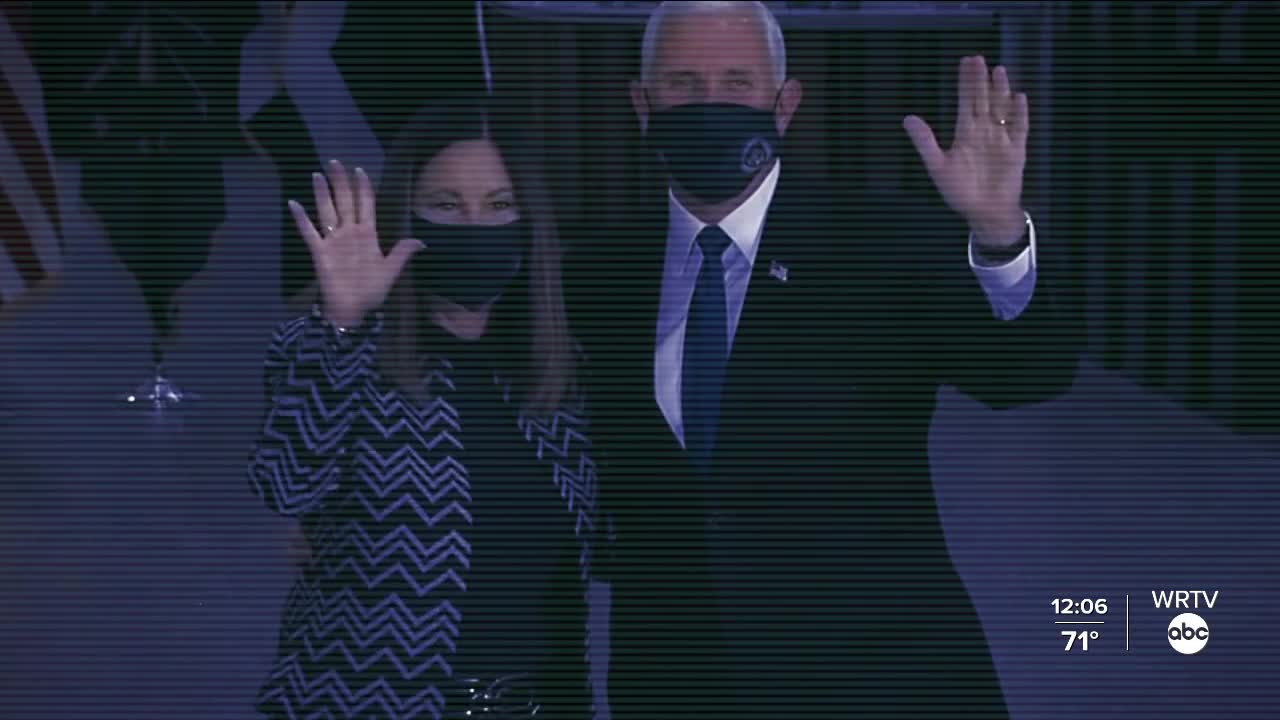 The Vice President and Second Lady still vote in Indiana even though they live full time in Washington. WRTV's Ray Steele takes a look at why the Pences — and many others — have been voting that way legally for years.

INDIANAPOLIS – The votes of Vice President Mike Pence and second lady Karen Pence are in, though they won’t be officially counted until Election Day.

They voted in Indiana Friday morning, though they live full-time in Washington, D.C., leaving many to wonder if that’s legal.

The short answer is a lot of people who live in the nation’s capital have voted in their original home states.

Former Indiana Sen. Evan Bayh lived and worked in Washington, D.C. for almost six years after he left the Senate. There was some controversy when he decided to be a Hoosier again, coming home to run for the Senate again in 2016. He eventually lost the race to Todd Young.

Former Sen. Richard Lugar served six terms in the Senate and lived in the D.C. suburbs of Virginia. But he always came back to vote. He was criticized for that by the man who would eventually beat him in the 2012 Republican primary – former state treasurer Richard Mourdock.

Some have question how the Pences are still able to use the governor’s mansion as their official Indiana residence on voting forms, since current Gov. Eric Holcomb lists that house as his address.

The Indiana Secretary of State’s office says it’s not illegal. There is an Indiana law that states you do not lose residency by reason of your absence on business of the United States.

So far, nobody has legally challenged the Pences use of their former address.