Long lines in many places as Indiana's early voting begins

Tuesday was day one of early voting in Indianapolis and many people turned out to do it. 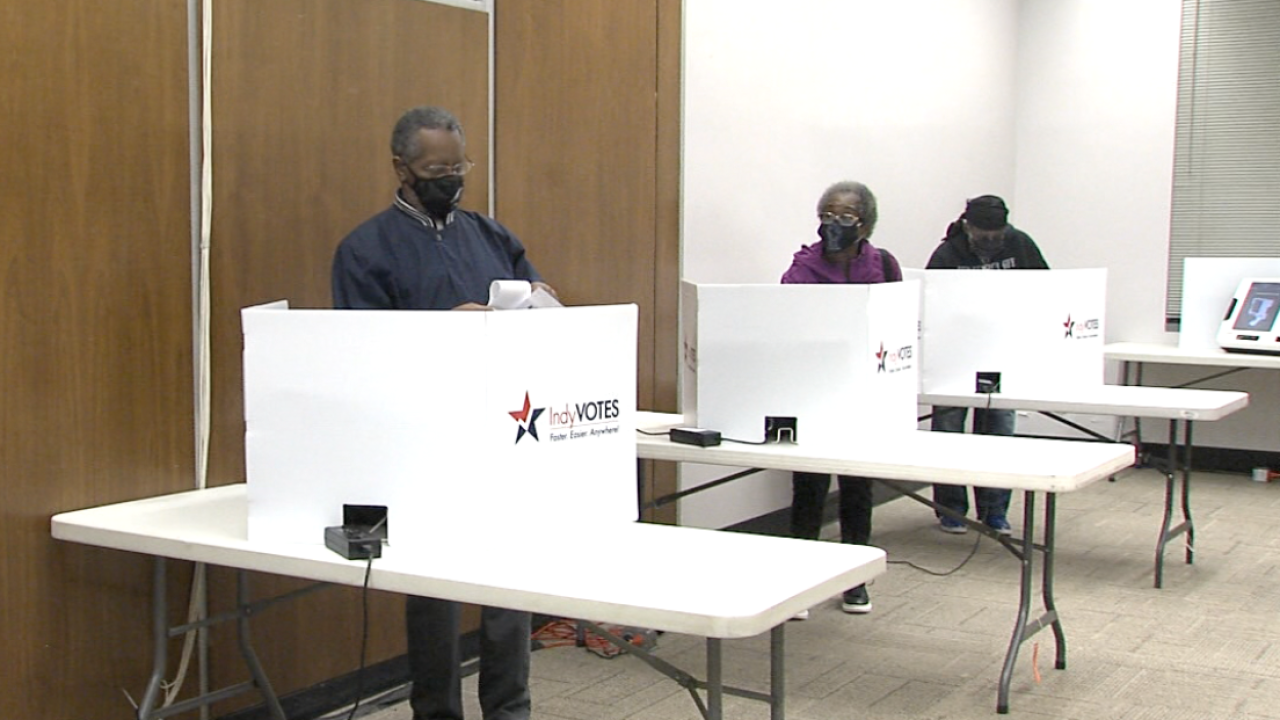 INDIANAPOLIS — Tuesday was the first day of early voting in Indiana and a record number of people showed up to cast their vote in Marion County.

According to the County Clerk's office, 1,240 people voted on Tuesday. The previous county record was in 2016 when around 900 people showed up for the first day of early voting.

"There's a lot of contention, a lot of dissatisfaction and the only way to get that resolved is to come out and express your opinion," said voter Brad Markisohn.

The early voting line wrapped around the City County Building for most of the day. Some people said they waited three hours to get inside, but they said it was well worth the wait.

"I'm very excited because I came from a communist country where voting is really hard," said voter Adam Wilson. Wilson is from Cuba and says the ability to vote is something he doesn't take for granted. "I get very emotional because I think it's something that I have to do. It makes me happy to have my voice heard."

Many people showed up prepared to wait. Some brought folding chairs, books and snacks. Voter Patricia Parson told WRTV her whole family came out to vote together. "I think I was more excited when I was sealing my ballot. When I was completely done I said oh man, my hand was shaking, because this is going to count," said Parson.

Extra precautions were in place inside to protect voters and poll workers from COVID-19. Dividers were set up, masks were required and all polling machines were wiped down between each use.

You can find more information about when and where to early vote in Marion County by clicking here.