Nonpartisan group says Pennsylvania could learn lessons for next election

The nonpartisan group "Common Cause Pennsylvania" says there could be some changes made ion Pennsylvania, which would help elections and vote counting run smoother in the future. 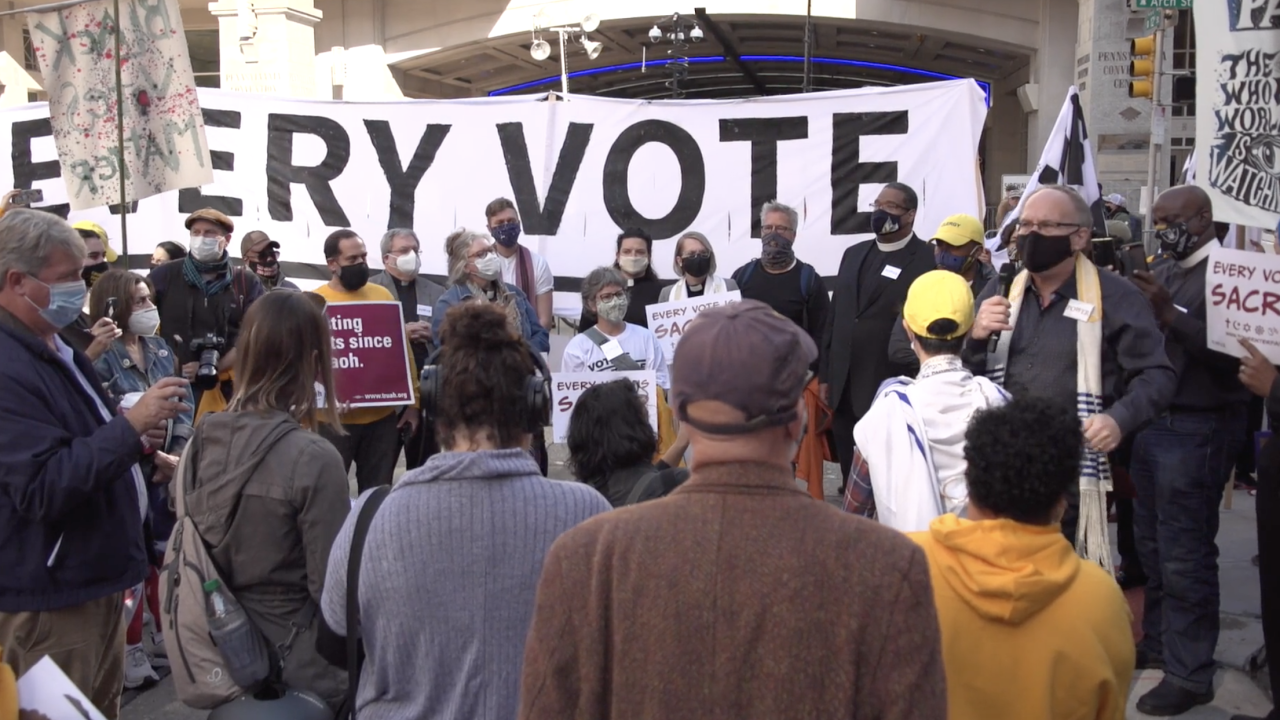 PHILADELPHIA, Pa. -- On dueling sides of the street at Philadelphia’s Center City, supporters of President Donald Trump and former Vice President Joe Biden are facing off.

The epicenter of the vote count in Pennsylvania has been the convention center in Philadelphia, where hundreds of thousands of ballots have been tabulated post-Election Day.

While there were no reported widespread problems in the state on Election Day, the nonpartisan group “Common Cause Pennsylvania,” said the state could do more to improve on this year’s election.

The state legislature previously voted that election officials could not count early and mail-in ballots until Election Day, which delayed results from Pennsylvania. That would be something worth revisiting, Common Cause said.

There were also some issues involving people being given provisional ballots – those are the ballots of last resort – when those voters should’ve been allowed to vote using a regular ballot. That was chalked up to an election worker training issue.

On top of that, Common Cause Pennsylvania had reports of some people waiting as long as three hours to vote.

“That's a barrier, right? People have to work and people have child care, elder care responsibilities,” said Suzanne Almeida, director of Common Cause Pennsylvania. “So, even though vote by mail took a huge burden off that in-person voting, which is fantastic, we're really excited about that, I think there's still more to be done to make sure that that process runs smoothly.”

However, there are still a few outstanding issues in Pennsylvania, including those ballots that were post-marked on Election Day, but received after that day, through Friday of that week. Those do count, but they could face legal challenges as to whether they should, which is why election officials have segregated those ballots, just in case.