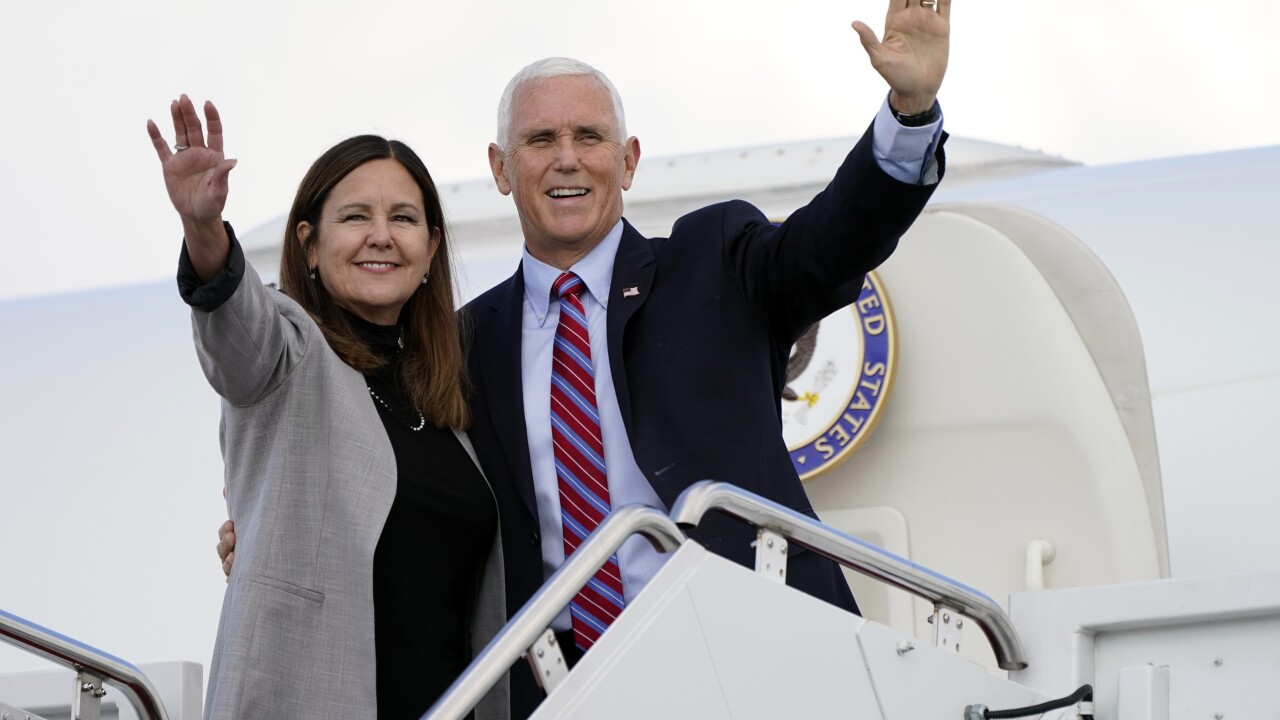 INDIANAPOLIS — Vice President Mike Pence and Second Lady Karen Pence have rescheduled their trip to Indianapolis to cast their early ballots for the 2020 election for this Friday.

The exact details about the vice president's visit have not been released, although the White House says they will be at an event in Fort Wayne on Thursday.

The Pences had planned a trip to Indianapolis earlier this month for early voting but had to cancel that trip due to unknown reasons shortly after President Trump and multiple White House staffers tested positive for COVID-19.

This story will be updated with more details when they are released from the White House.