RTV6 ends the week with news that leaves you feeling good — we hope! 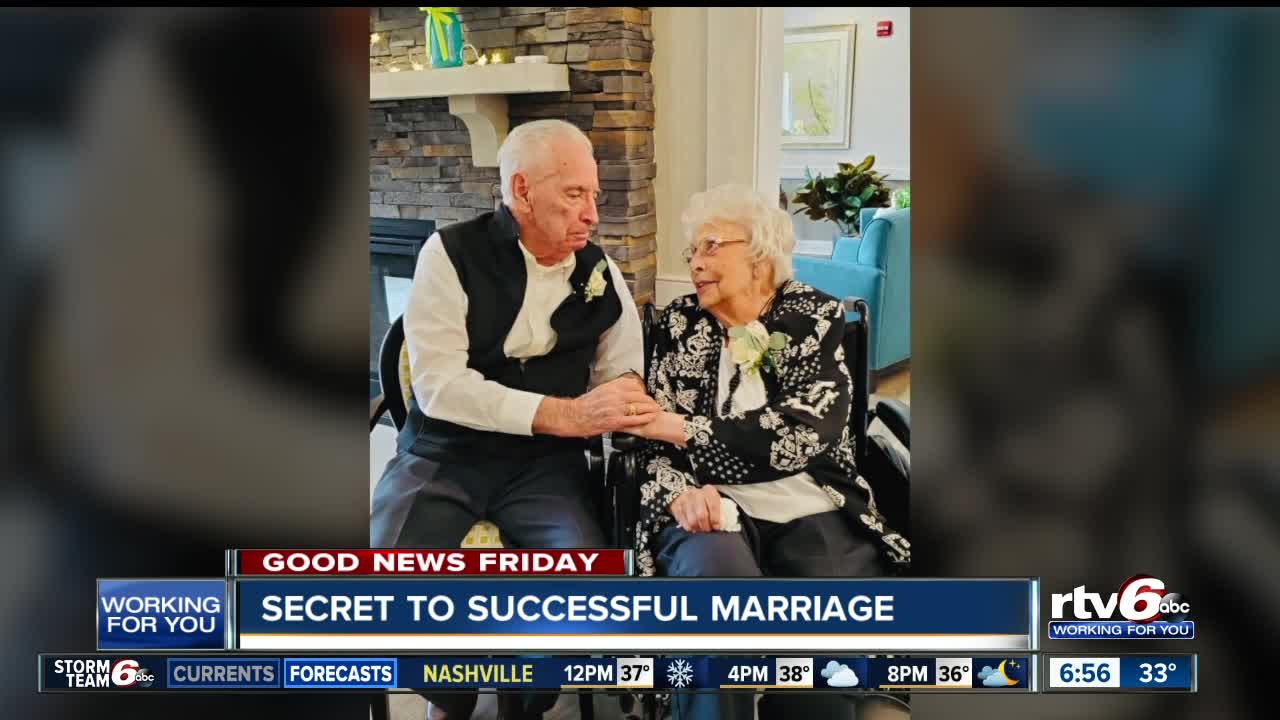 What's the secret to a long marriage? Ask these Hoosiers!

FISHERS — Say hello to Albert and Clora Rees! On Thursday, they marked their 74th wedding anniversary.

The couple met at Fortville High School and began dating in November 1943.

Albert, also known as 'Bud,' joined the army and was among the greatest generation to storm the beaches at Normandy in the fight against the nazis.

The couple made Fishers their home and raised two boys. Seventy-four years later, they have three grandchildren and eight great-grandchildren.

Bud says the secret to a long marriage is lots of patience, commitment, a love of God and forgiveness.