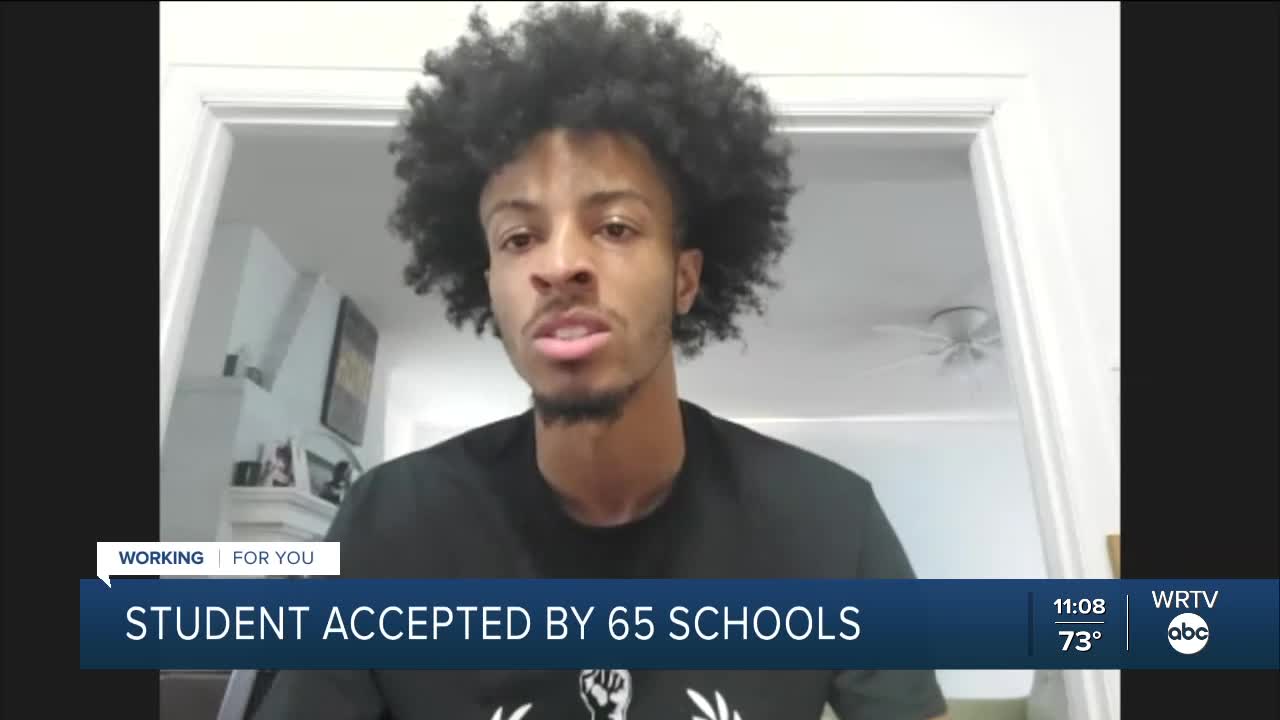 An Indianapolis native is starting college after he was accepted to 65 schools across the country.

INDIANAPOLIS — An Indianapolis native is starting college after getting accepted to 65 schools across the country.

After volunteering with local organizations, Taran Richardson has big plans for the future.

"If anything, and above all else, I want to come back and give back to the community the best I can, to pour back into everyone that poured so much into me to get me to where I am now," Richardson told WRTV.

The college freshman applied to 70 schools and received acceptance letters from 65, along with close to $3 million in scholarship offers.

Even though he had his heart set on Howard, Richardson said he researched all the schools he applied for and encouraged other students to keep their minds open.

"You never know," Richardson started. "It may turn out that it may be the college you end up going to, and for me, it was like, I did have my number one choice, which was Howard, but I wasn't riding on them the whole time because I knew there were possibilities that I could get a better offer or a better opportunity somewhere else. It wasn't simply the college; it was where I could see myself being the most successful at and having the best outcome."

Richardson will be the first person in his family to attend college. He plans to study physics and astronomy at Howard and would like to work for NASA and create his own business eventually.