Make-A-Wish rolls out the red carpet for Carmel woman 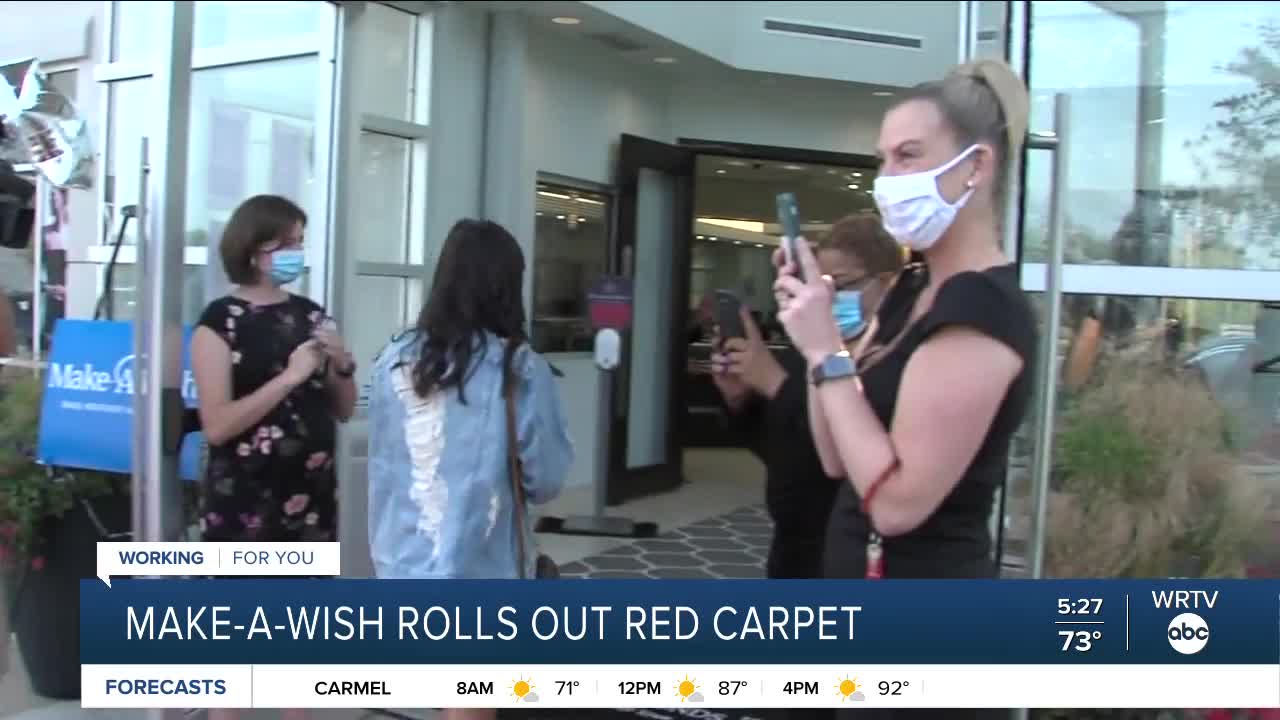 Make-A-Wish rolled out the red carpet for a Carmel woman.

CARMEL — A Carmel woman received the star treatment years after giving up her chance at having a wish granted.

Annie, 21, was diagnosed with cystic fibrosis at age seven and was nominated for Make-A-Wish years ago. Her mom says at the time they felt other children were more in need. But since then, Annie's health has taken some tough turns with hospitalizations.

So Tuesday, she made that belated wish, asking for a celebrity-like experience. Make-A-Wish made that happen, rolling out the red carpet, sending a limo, and setting up a shopping spree at a jewelry store.

"She's 21, so she's already kind of aged out of Make-A-Wish, but they filed extensions for her because they really wanted to do something sweet and special for her. And they came up with this idea, and I thought it was great," Annie's mom said.

The experience included picking out a piece of jewelry to keep. Diamonds Direct gave her a bracelet, two stackable rings, and a bangle.

Annie's mom says her daughter's health has taken a positive turn since starting a new drug treatment in November.