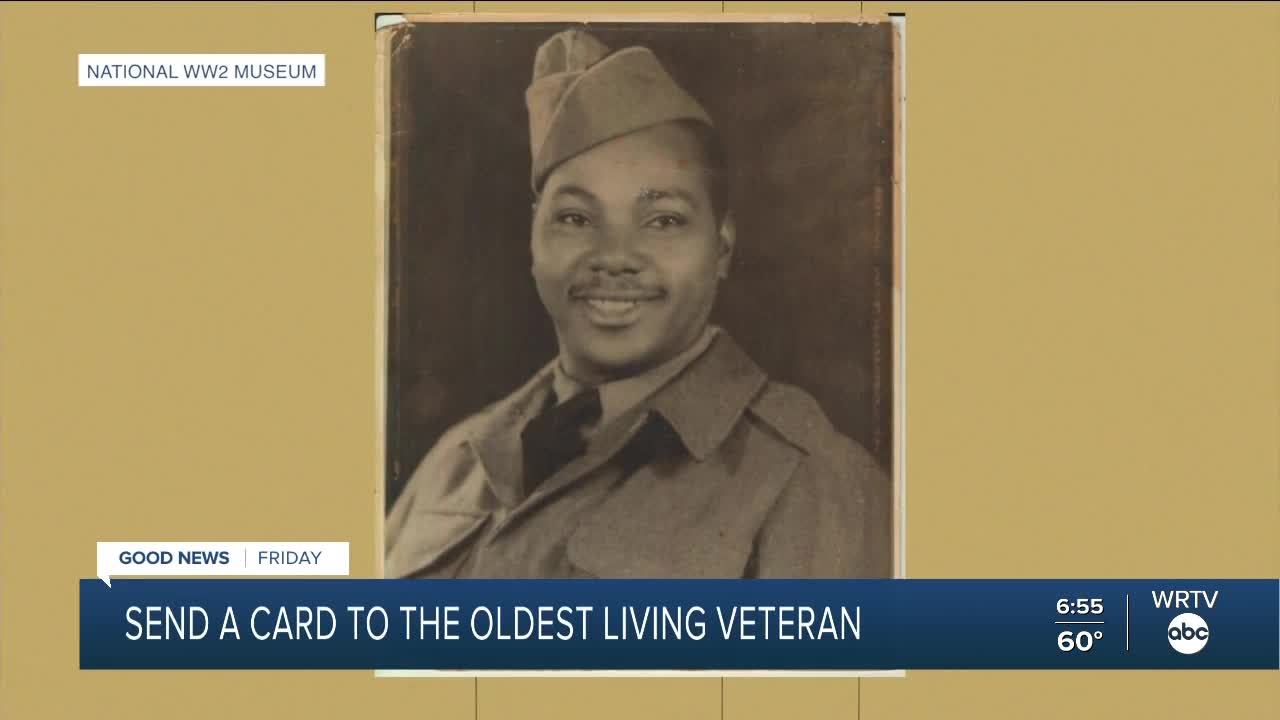 Lawrence Brooks is about to turn 111! He usually has a birthday bash, but because of the pandemic, he cannot.

The oldest living World War II veteran is having a birthday and his family wants you to help him celebrate.

During the war, Brooks was stationed in the pacific as part of the 91st engineer battalion.

He now lives in New Orleans, but because of the pandemic, he will not get to have his usual birthday bash. So, Brooks' family and the National World War II Museum are asking people to send him a card or letter.