It's on the city's southeast side 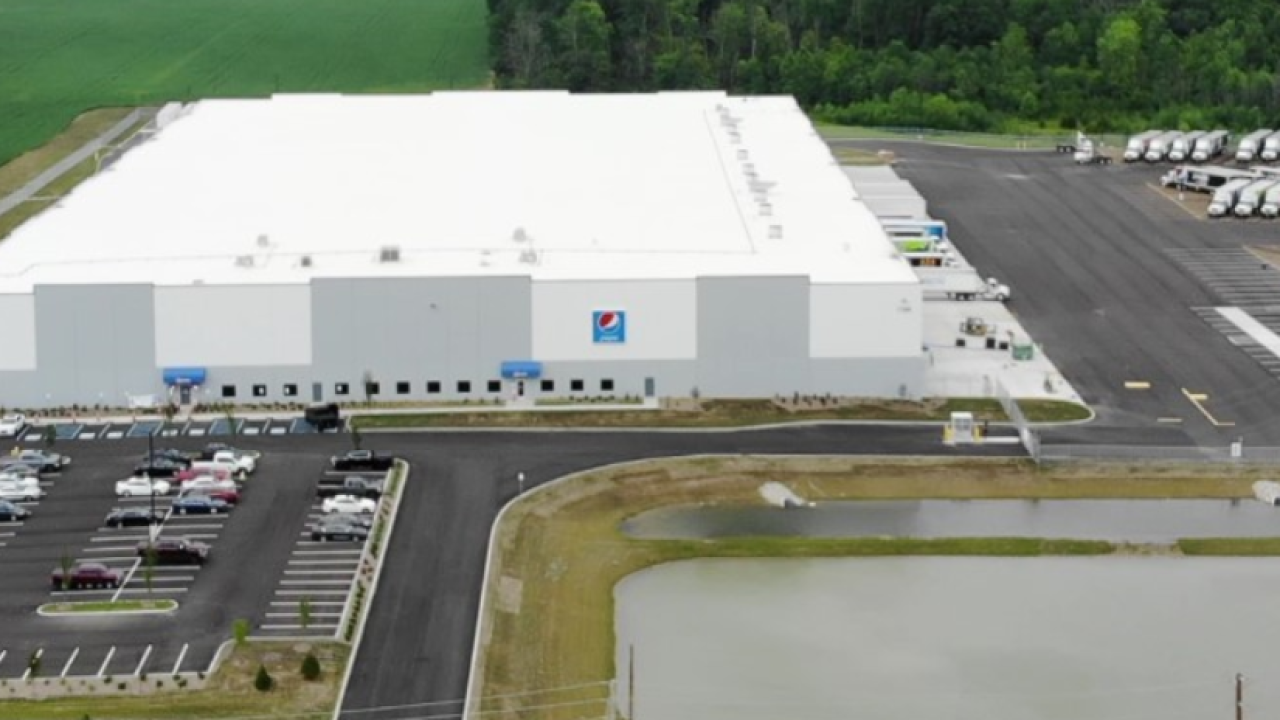 Photo from: PepsiCo
New PepsiCo facility on Indianapolis southeast side.

INDIANAPOLIS — Are you thirsty? There's a big new PepsiCo sales and distribution center on the Indianapolis southeast side. It opened Thursday on South Post Road.

It's 200,000 square feet and spread out over 25 acres. According to the company, the new facility has innovations that allow for chilled, direct-to-store delivery. That means fewer miles driven by delivery trucks, so less pollution.

“The innovative new facility will be instrumental in our path to continued growth for our business and our customers’ business in Indiana,” said Richard Tompkins, President, North Division – PBNA. “We are proud that the PepsiCo business and our 4,000 employees contribute millions to Indiana’s economy annually."

PepsiCo has 15 manufacturing and distribution locations around the state. The new Indianapolis facility has created 30 new jobs and retains 467 full time employees at other Indianapolis locations.

“We applaud PepsiCo’s announcement today, including the impact it will have on Indianapolis through the creation of new jobs and expansion of their local footprint, as well as their support of a critical social service agency on the front line of the pandemic,” said Indianapolis Mayor Joe Hogsett. “Indianapolis has a long legacy of private/public partnerships and PepsiCo is building upon that, growing their business operations while investing in their neighbors during this difficult time.”

In addition to the new sales and distribution center, PepsiCo also announced a $30,000 grant to the Gleaners Food Bank's Feeding America Program in Indiana. The money helps fund Gleaners' Summer Feeding Program, which is distributing family meal boxes consisting of 25 pounds of shelf-stable grocery items to families in need throughout the Indianapolis community.

“Through PepsiCo’s recent grant, Gleaners Food Bank will provide family meal boxes to 1,500 families in need throughout Marion County,” said John Elliott, Gleaners President/CEO. “Food has always been at the heart of PepsiCo’s business, and we’re appreciative of their local efforts to bring food and access to food during this incredibly difficult time.”