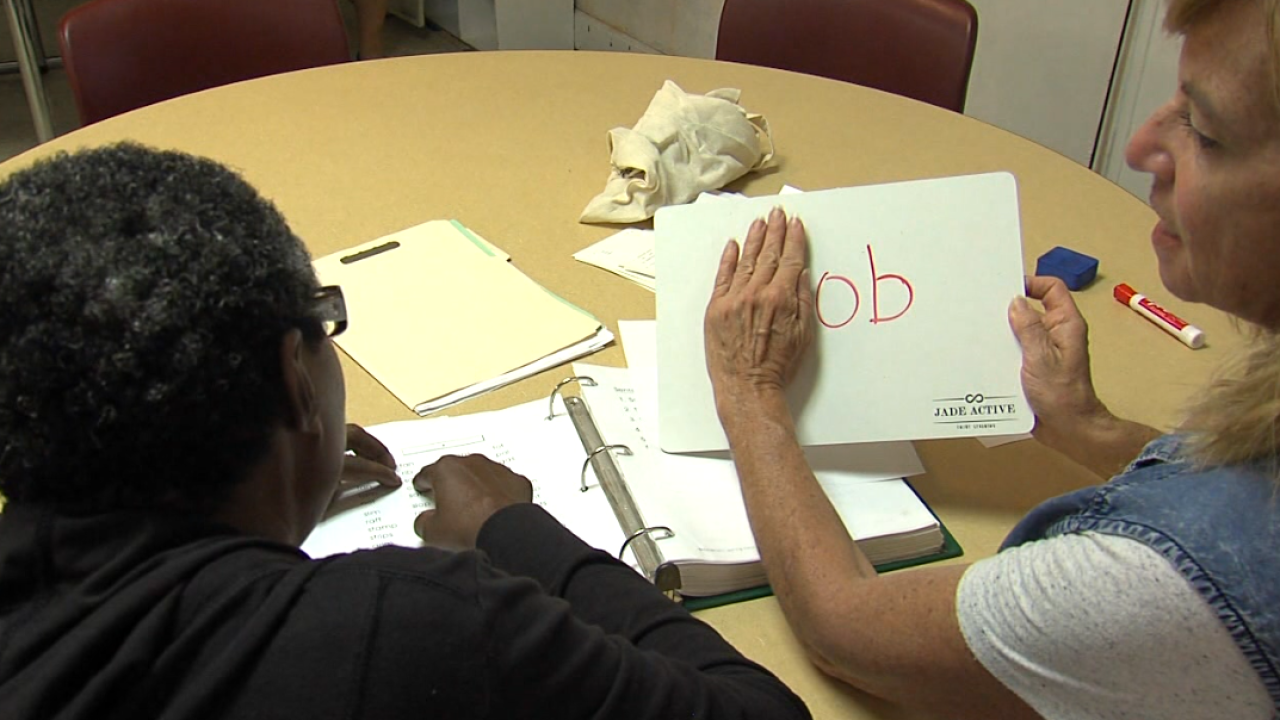 INDIANAPOLIS — When Keydi Rodriguez moved to Indiana more than seven years ago, she knew only the most basic greeting.

Rodriguez, who hails from Honduras, spoke very little English. She came to the U.S., and more specifically, Indiana, to help her mother. Rodriguez admits her inability to speak English turned out to be quite an obstacle.

"So it was a little bit hard at that time to find some job," she says. At the time, Rodriguez had no paycheck. No benefits. And little hope. There is help, however.

Several programs under the umbrella of the Indianapolis-based Morales Group on the city's northwest side are collaborating with several nonprofit agencies and employers to help people who were in Rodriguez's predicament.

Yecenia Tostado is the executive director of Project Azul, one of the programs associated with the Morales Group.

"It's not uncommon for us to see candidates who have a language barrier," Tostado says.

The agency she runs, Project Azul, is a nonprofit, focused on identifying people who are unemployed or underemployed and getting those individuals into a workforce development training, focused in the logistics industry.

The nonprofit even helps with opening the lines of communication--partnering with Indy Reads, another local nonprofit which works to solve adult illiteracy.

The language is a real problem for many Spanish-speaking Hoosiers in Central Indiana.

Over the last ten years, Indiana's Latino population has been on the upswing.

According to the Pew Research Center, more than 426,000 Hispanics lived in the Hoosier State in 2014, with population projections growing.

Project Azul and the Morales Group are pushing for solutions when it comes to the language barrier and employability.

They work with many employers and businesses that use interpreters, hire bi-lingual team leads, and provide English classes to their workers. Tosado hopes more companies make those kinds of moves and believe the language barrier is a problem that can be overcome.

Rodriguez connected with Goodwill's Excel Center; she not only learned English but also completed her schooling.

Now, Rodriguez works for a logistics company, sensitive to the language barrier.

Her discipline and work ethic put her on track to become a team leader, managing staff.

Her testimony proves removing language barriers could open the doors to a host of skilled, talented workers.