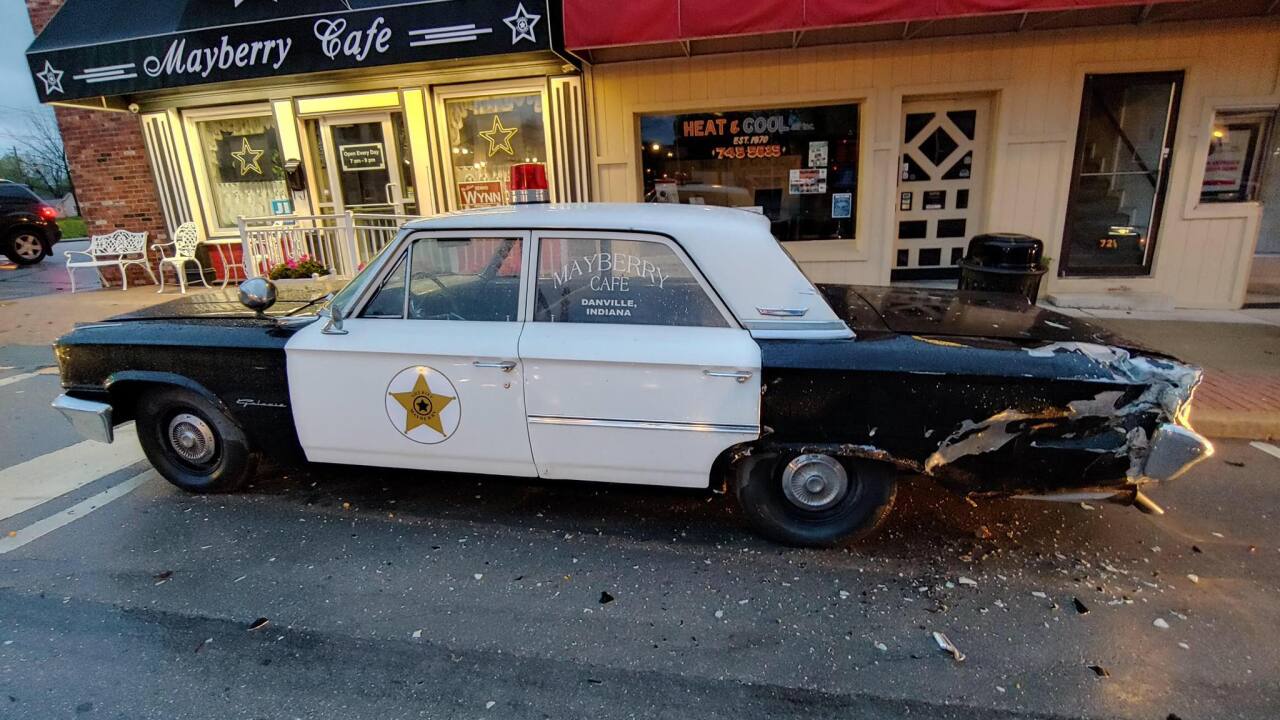 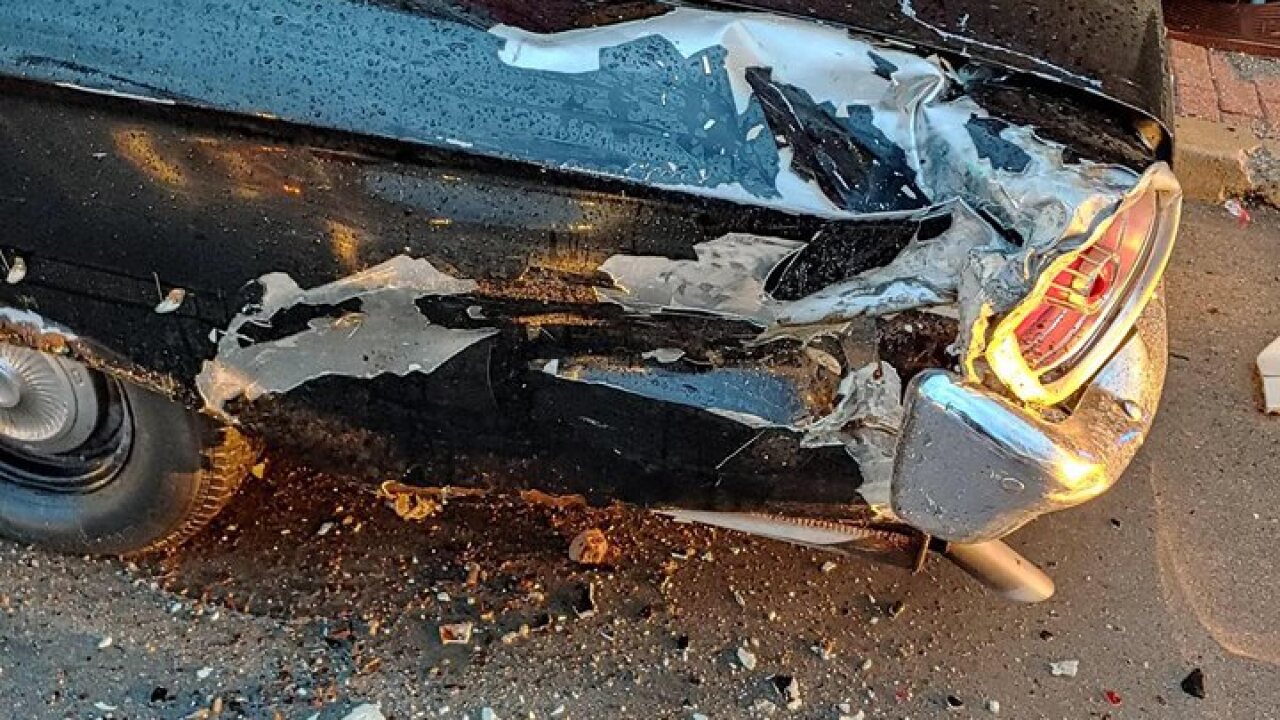 According to the Danville Police Department, one of the two replica police cars owned by the Mayberry Cafe was hit by another vehicle, early Friday.

The driver of the other vehicle left the scene, but was tracked down later in the morning.

She's a 26-year-old Coatesville woman who is being charged with leaving the scene of an accident.

Police say alcohol is believed to be a factor in the crash.

The 1963 Ford Galaxy is restored to look like the car Sheriff Andy Taylor drove in the fictional town of Mayberry, North Carolina in the 1960's Andy Griffith Show.

It is usually parked outside the front entrance of the Mayberry Cafe, a family restaurant on the courthouse Square in Danville.

According to its website, the cafe offers "home-cooked food just like Aunt Bee put on the table for Andy and Opie."

Owner Christine Born says the damage estimate on the car is $10,000.

Repairs will take awhile, she says, because parts are difficult to find.

The good news is that the cafe has a second car, exactly the same as the damaged one.

Born says that car is currently in the shop having some chrome work done, but she hopes it's ready for Danville's annual Mayberry in the Midwest Festival in just three weeks.

For now, Born says a lot of customers are coming into the cafe with sad looks after seeing the damaged police car.