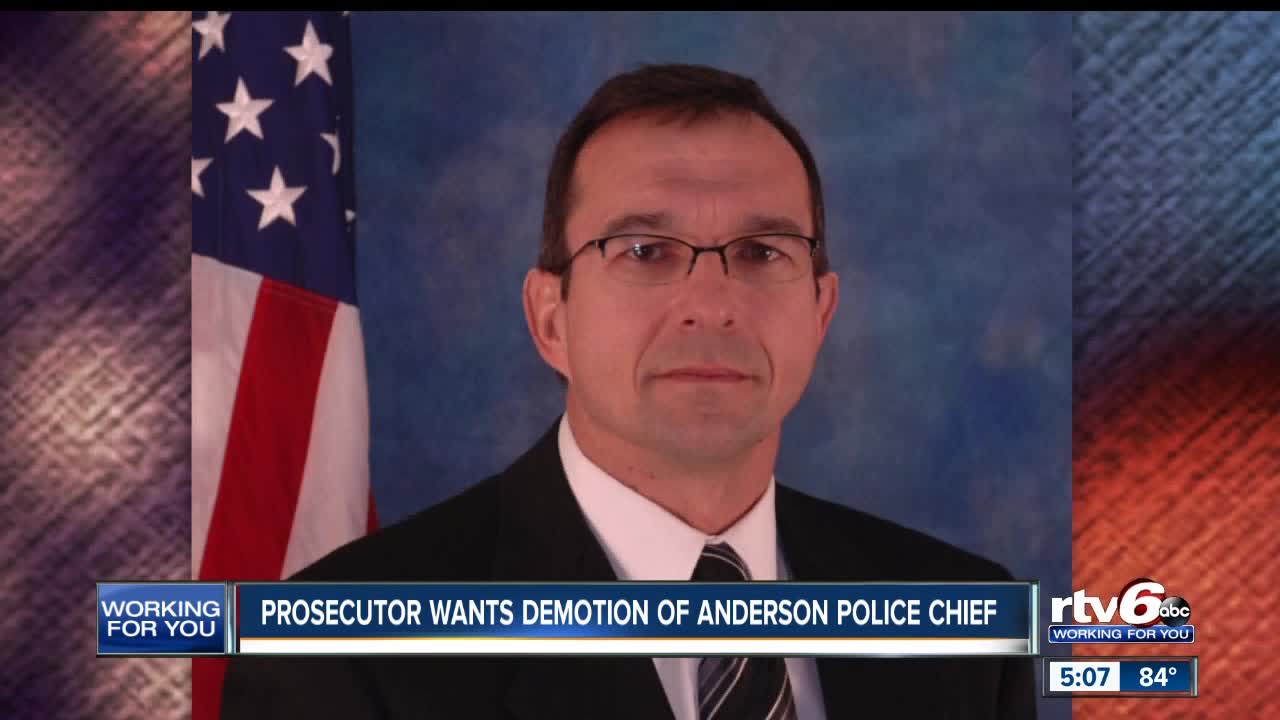 The Madison County prosecutor is calling for the demotion of Anderson police chief Tony Watters.

Cummings told the Anderson Herald-Bulletin that state police told him Watters came physically close and put a finger in the faces of troopers who were arresting the chief's son for domestic battery in early June.

Watters said he fully cooperated with the state police investigation.