Archbishop Tobin: We will welcome refugees 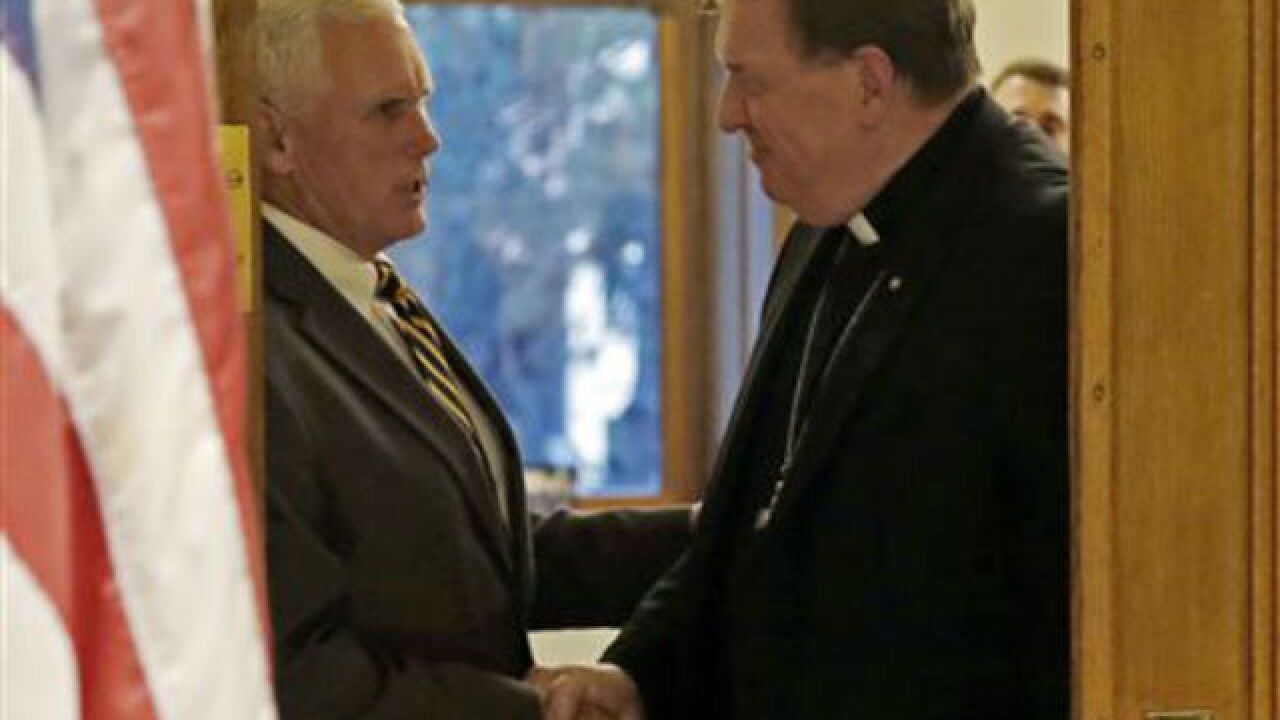 INDIANAPOLIS -- Less than a week after Indiana Gov. Mike Pence asked him not to bring a Syrian refugee family into Indiana, the state's Roman Catholic archbishop said they will continue to welcome refugee families.

In a statement released Tuesday, Archbishop Joseph Tobin said he listened to Pence's concerns regarding safety and security, but told the governor they had welcomed a family of four to the state.

Tobin said the family had been through two years of security checks and personal interviews before the U.S. government approved them to enter the country. The family arrived safely in Indianapolis Monday night.

In the statement, Tobin said the Archdiocese's Refugee and Immigrant Services has welcomed people for 40 years.

"This is an essential part of our identity as Catholic Christians and we will continue this life-saving tradition," he said.

Do you support the Catholic Archdiocese decision to accept #SyrianRefugees over @GovPenceIN objections? @rtv6

In a statement, Pence responded by saying,

"The governor holds Catholic Charities in the highest regard but respectfully disagrees with their decision to place a Syrian refugee family in Indiana at this time.

Prior to the terrorist attacks in Paris, which involved a Syrian refugee as one of the attackers, the Obama Administration’s own FBI Director said there are ‘gaps’ in the Syrian refugee resettlement program.

Yesterday, the Chairman of the U.S. House Homeland Security Committee stated that ‘The U.S. government has information to indicate that individuals tied to terrorist groups in Syria have already attempted to gain access to our country through the U.S. refugee program.’

Despite these facts, the Administration continues to ignore calls from governors of both parties, as well as a bipartisan majority in the U.S. House, to pause and strengthen the program.

The safety and security of the people of Indiana is Governor Pence’s top priority. The State of Indiana will continue to suspend its participation in the resettlement of Syrian refugees in Indiana until the federal government takes action to address the concerns raised about this program.”

Pence spent about an hour at his Statehouse office with Tobin amid a dispute over the Republican governor's order blocking state agencies from assisting Syrian refugees in response to the deadly Paris attacks last month.