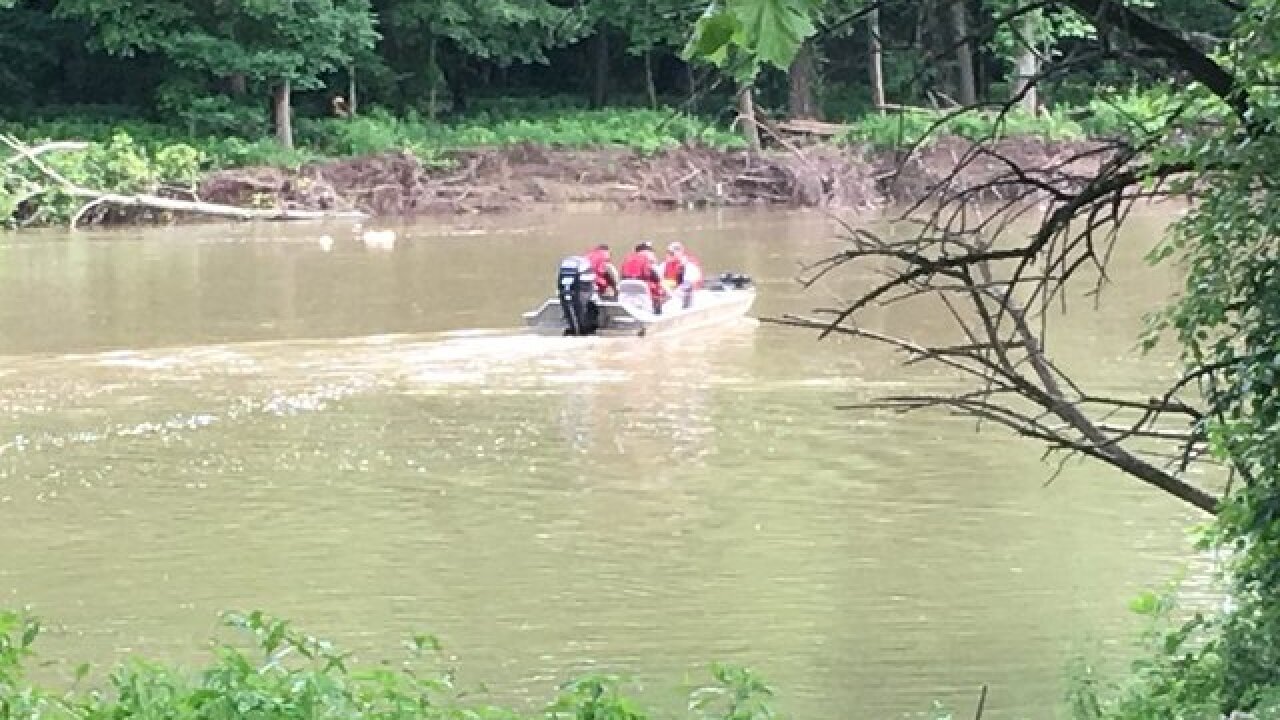 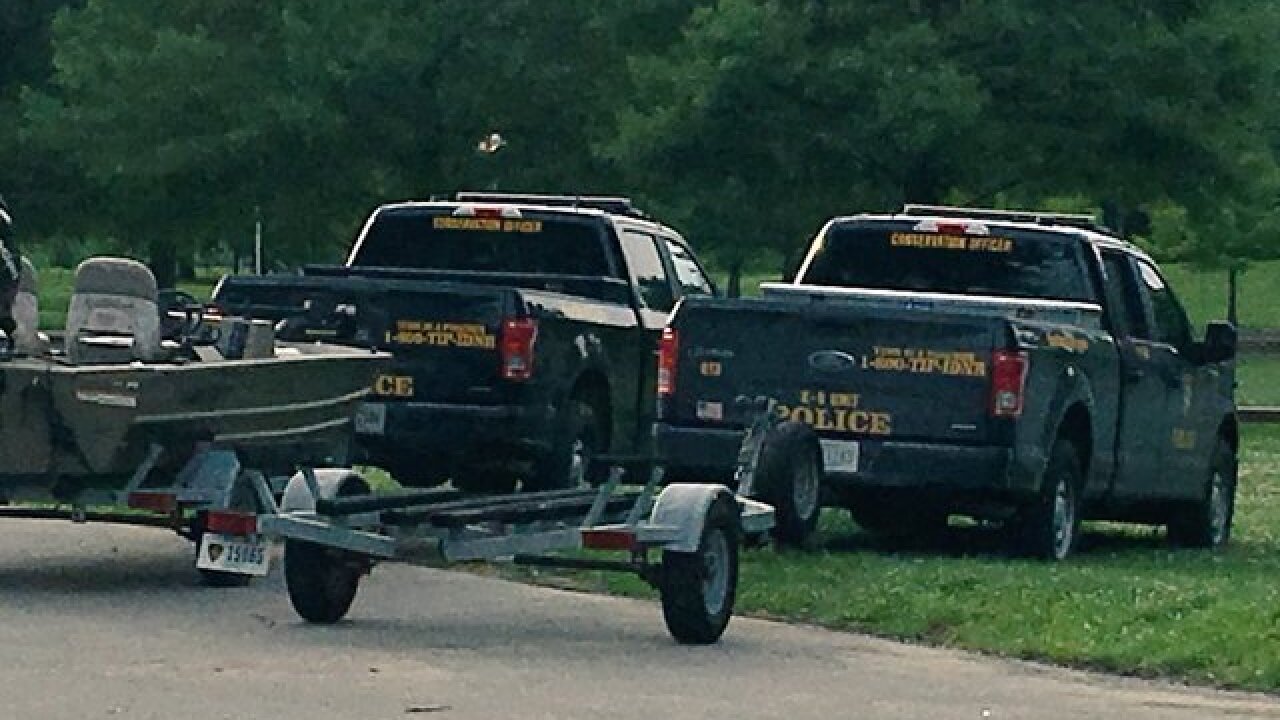 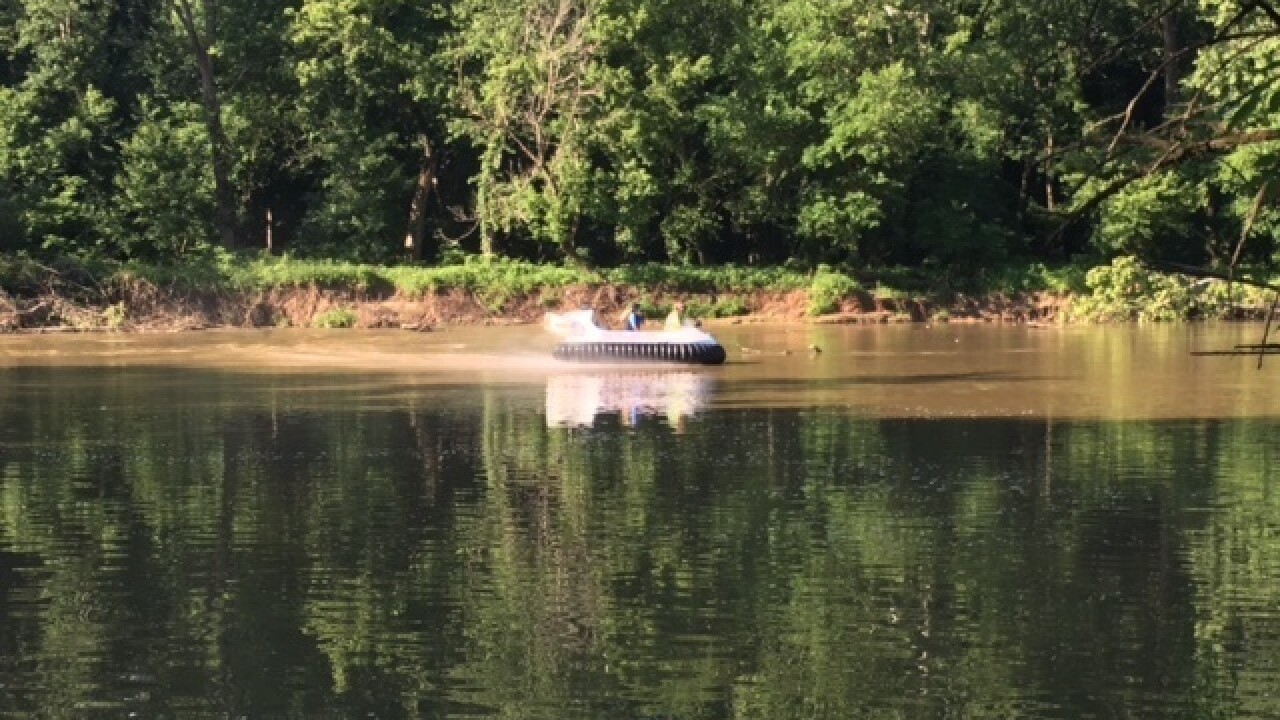 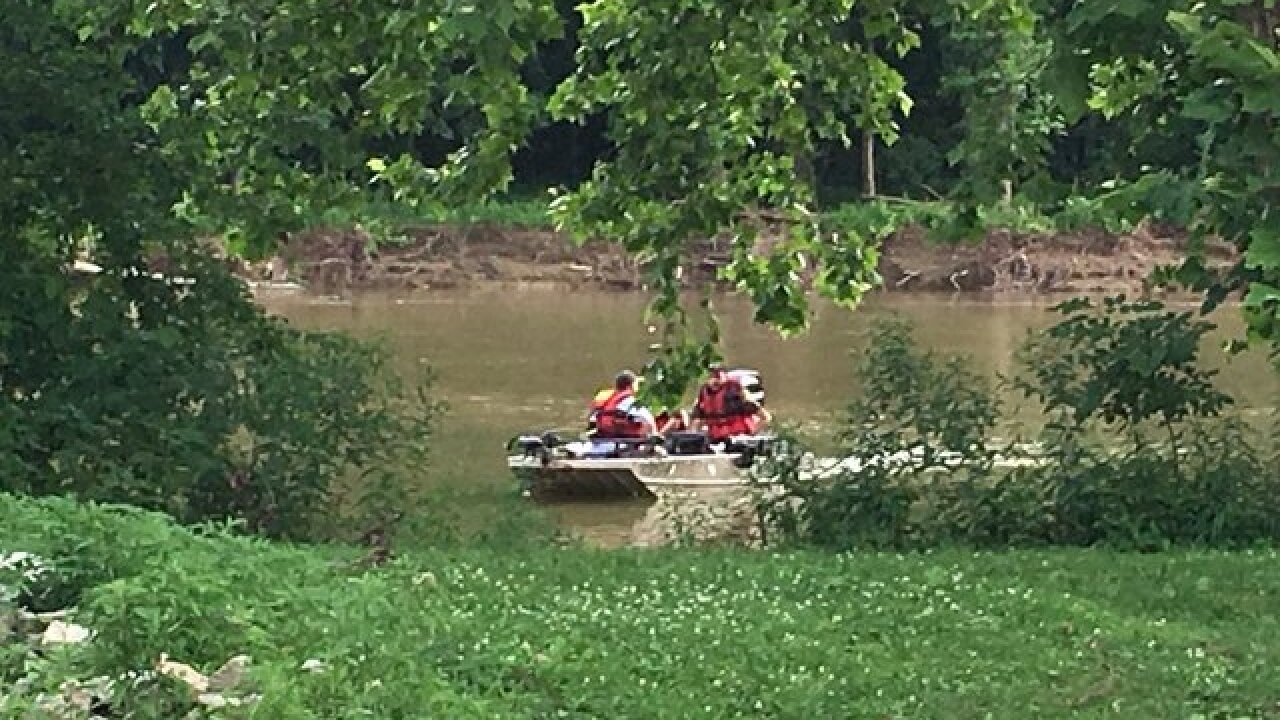 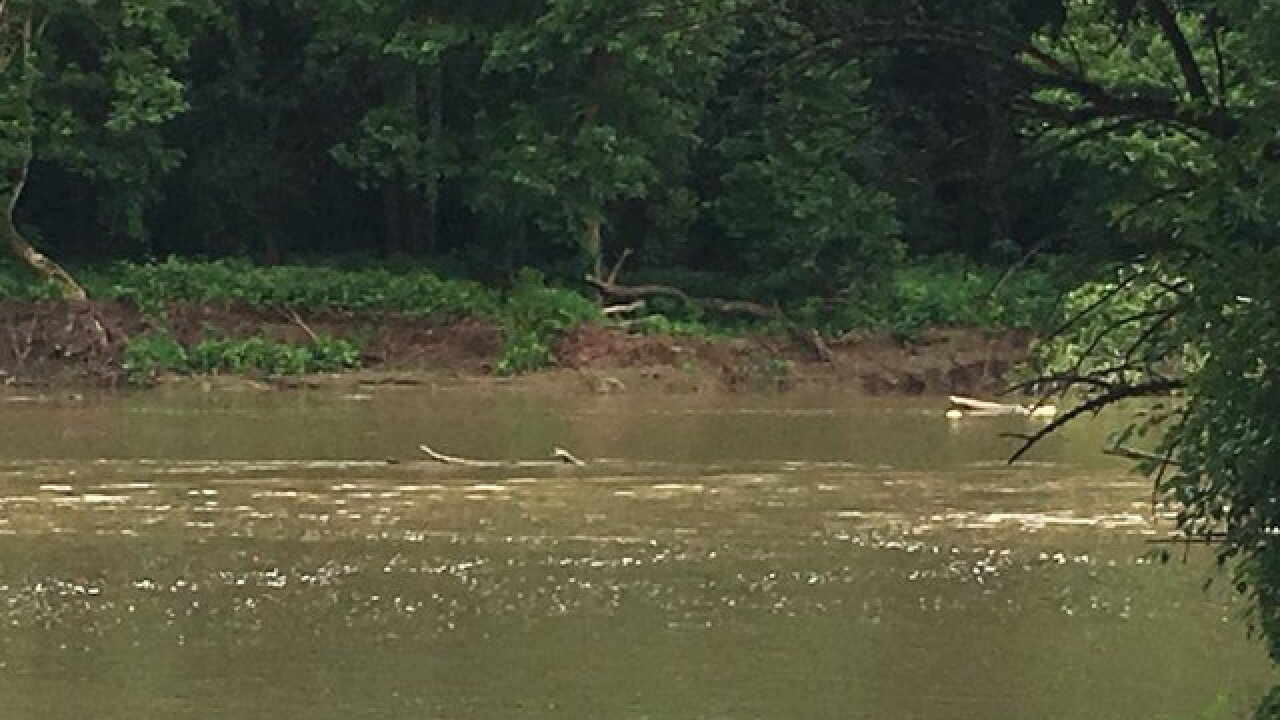 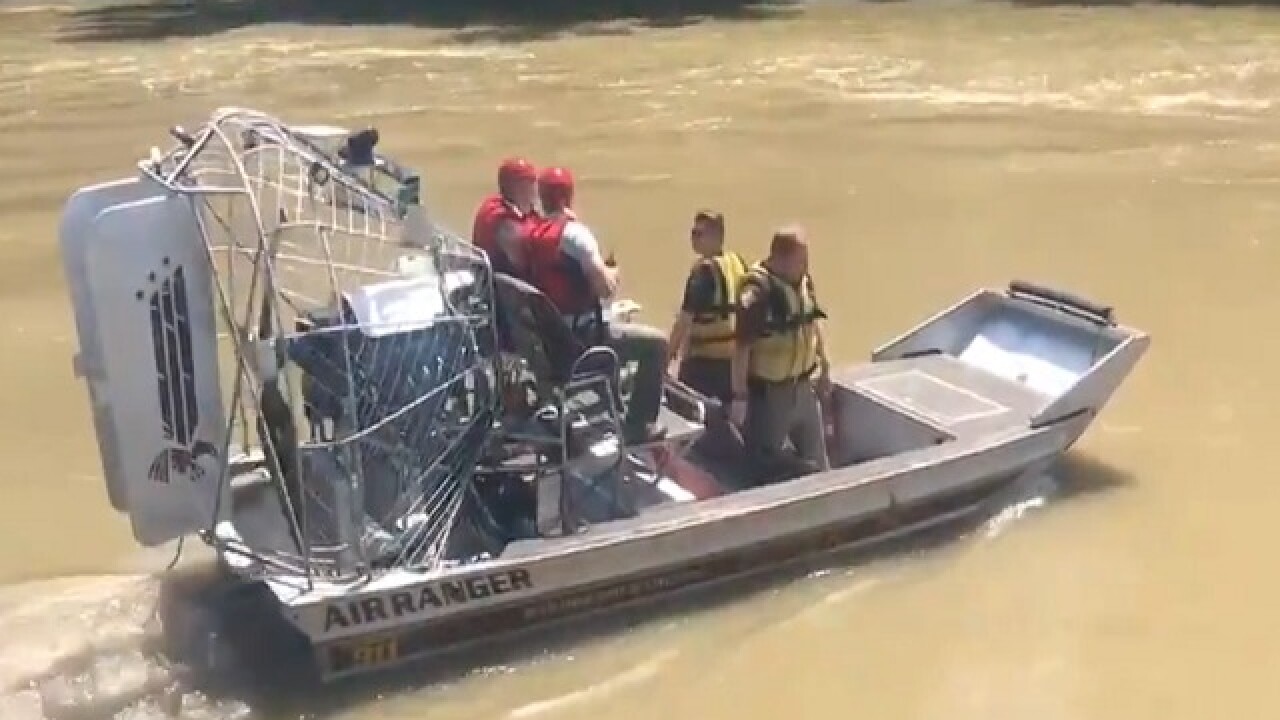 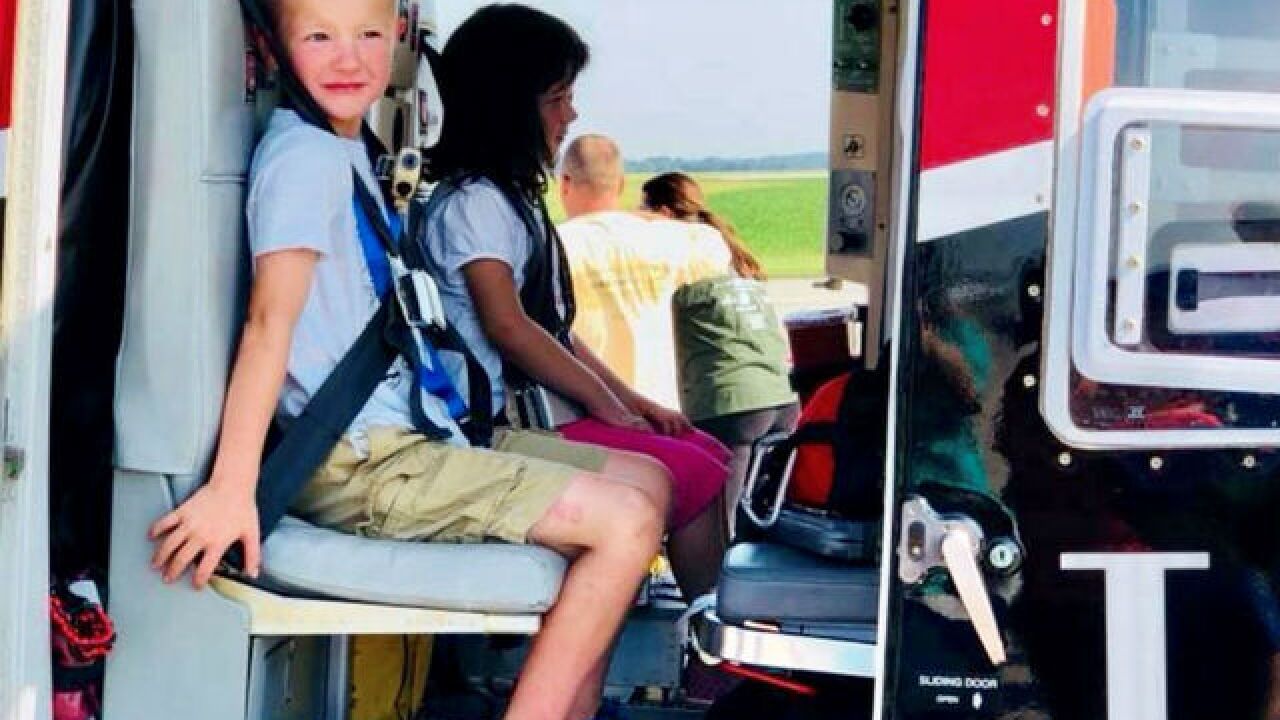 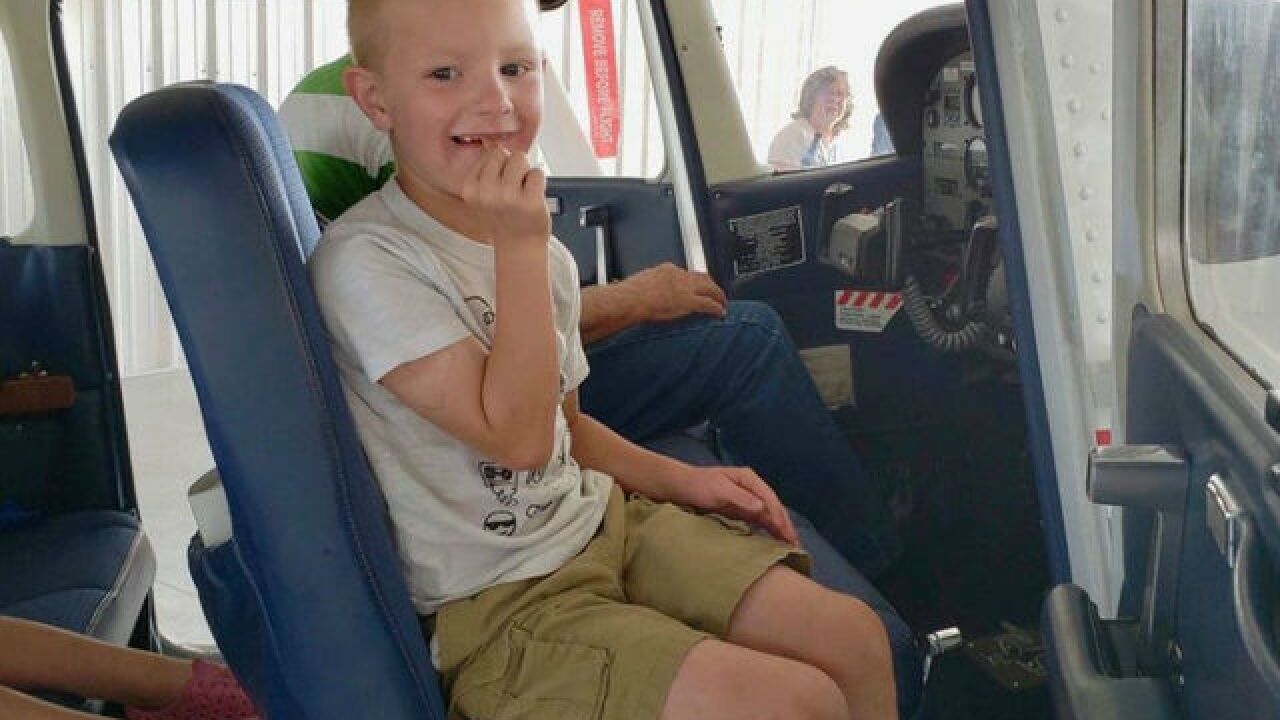 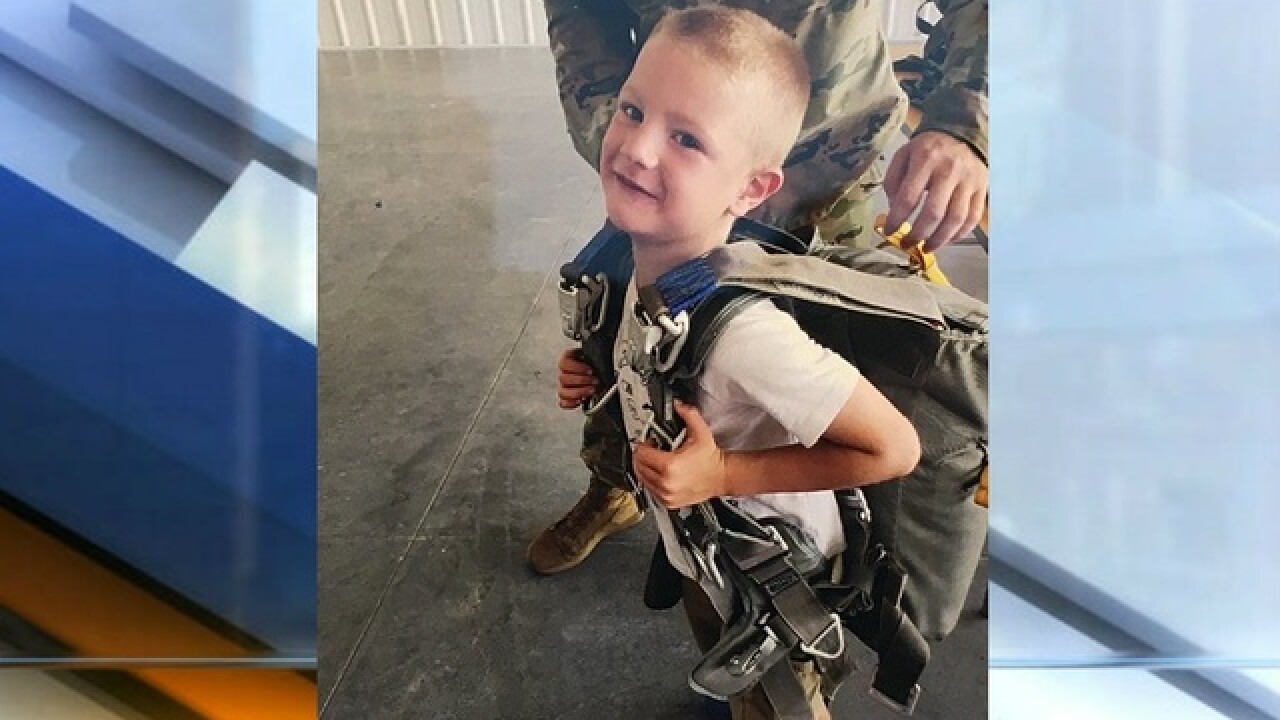 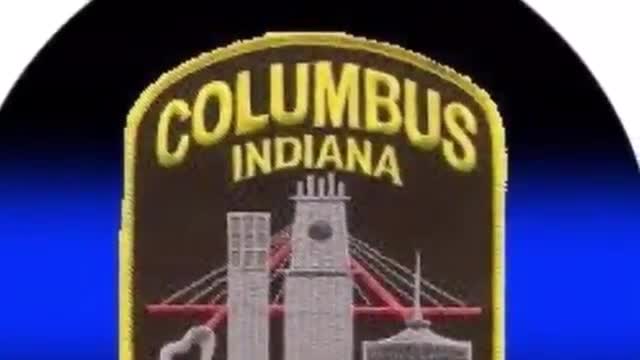 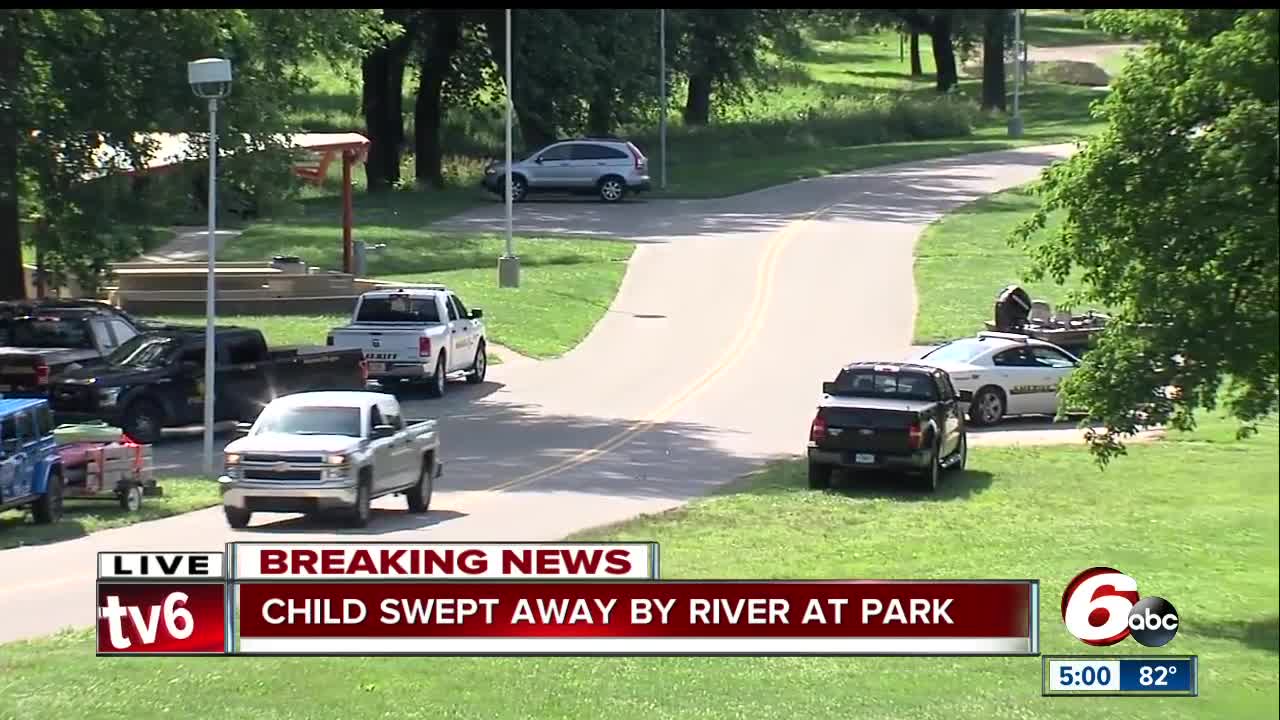 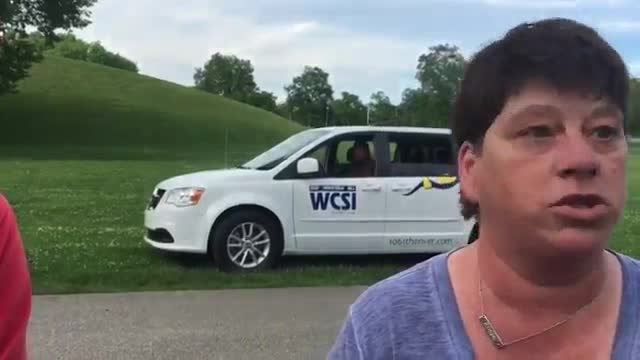 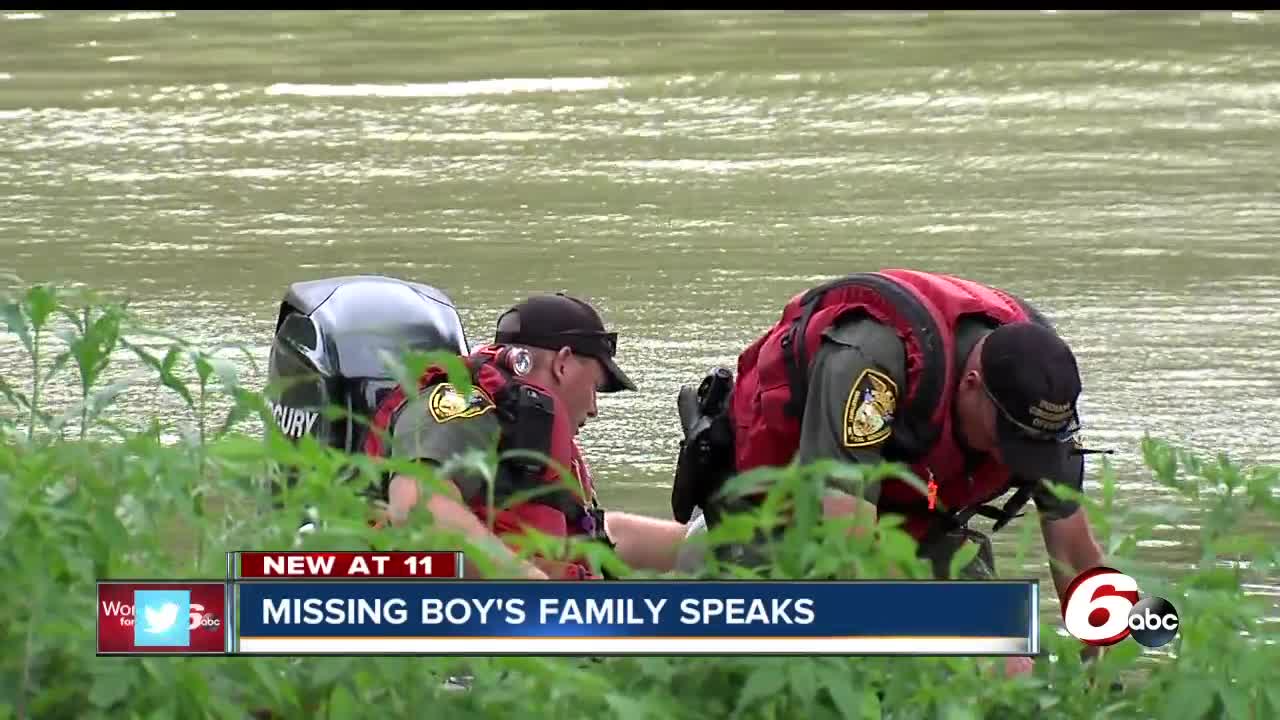 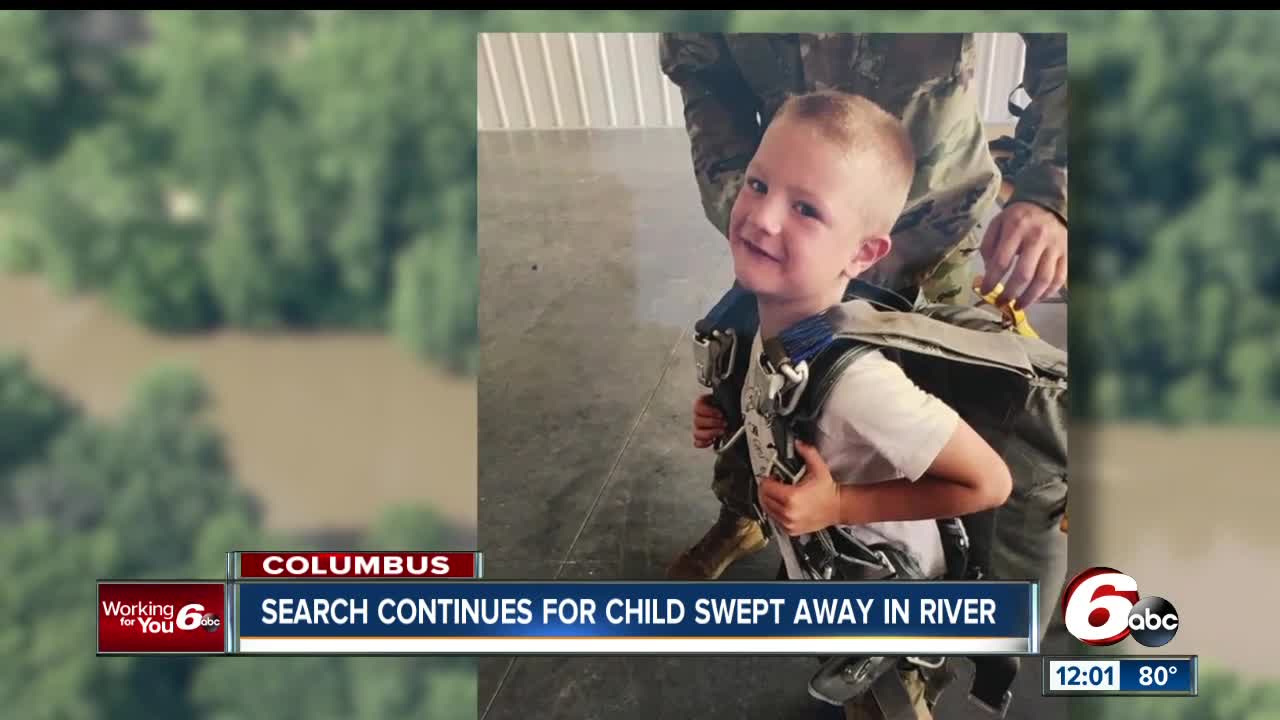 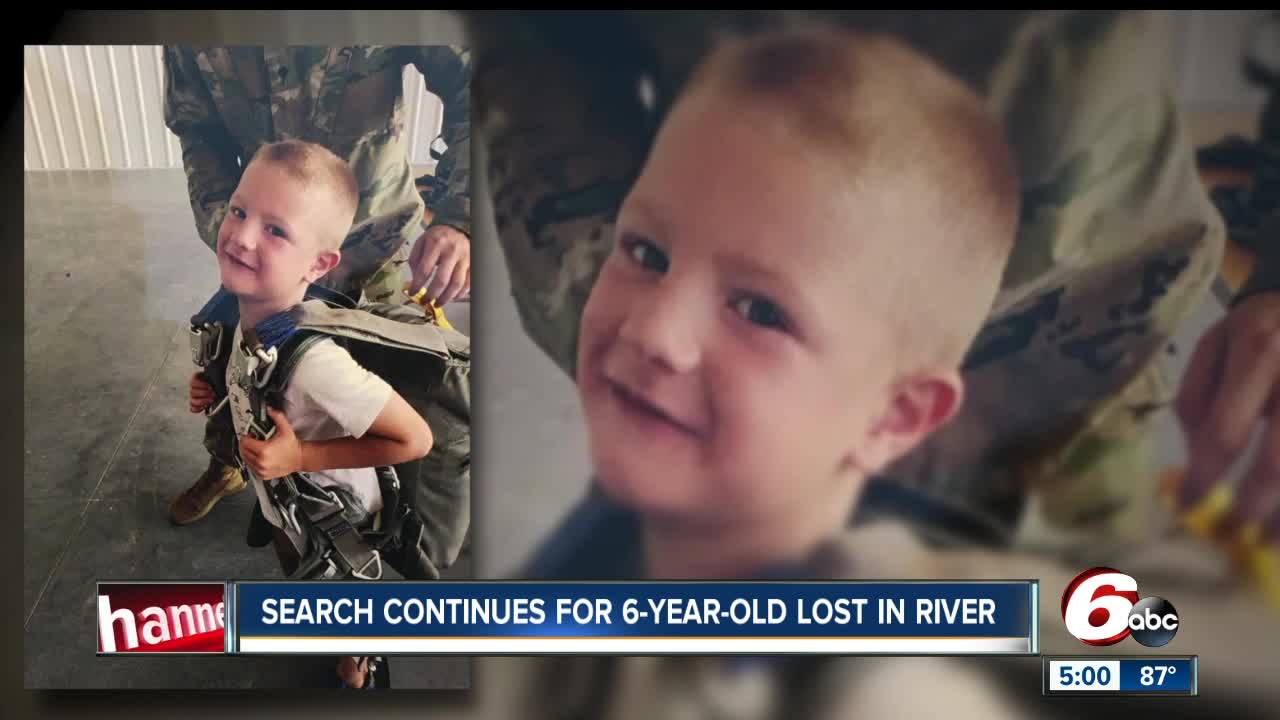 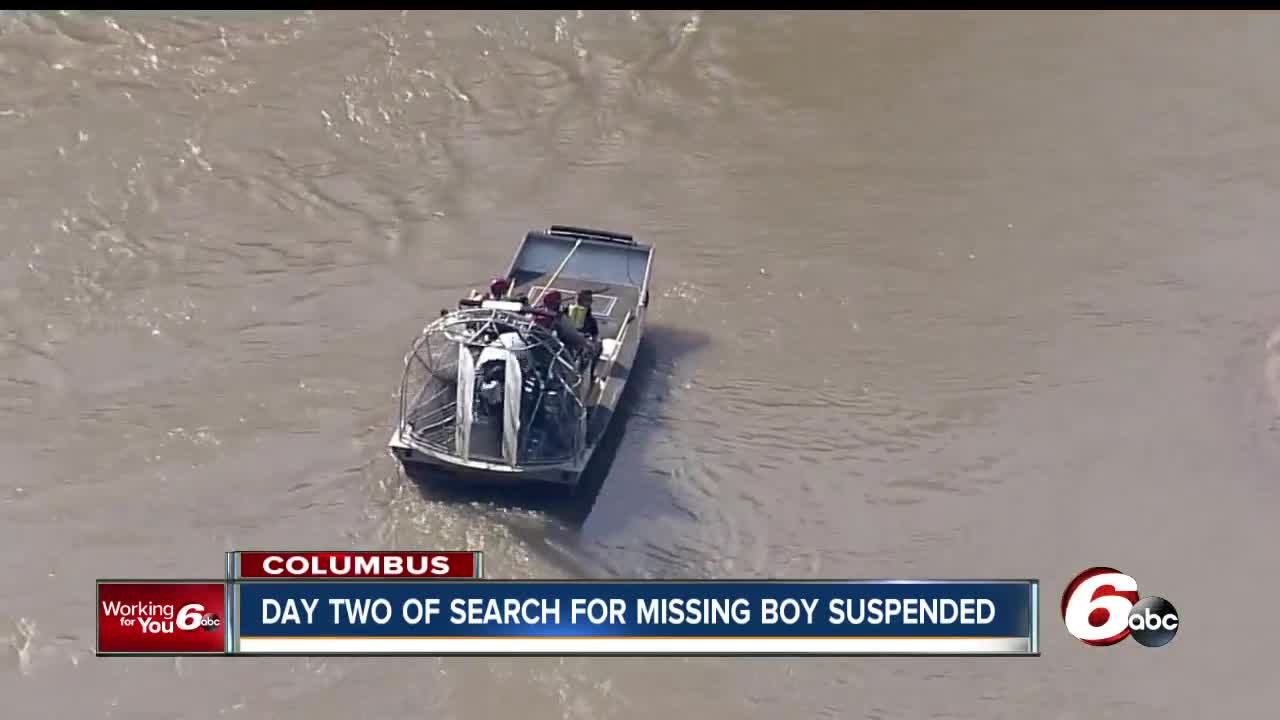 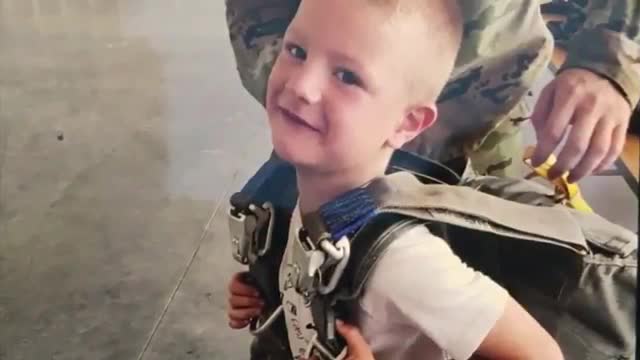 UPDATE: After two days of searching, the body of a 6-year-old boy who was swept away by the Flat Rock River in on Thursday was recovered early Saturday morning.

COLUMBUS, Ind. -- The search for a 6-year-old boy who was swept away by the Flat Rock River in Columbus will resume Saturday morning.

Brendan Sperry was with his mother, a brother, two sisters, and a cousin on a sand bar at the park around 3 p.m. on Thursday when he went into deeper water.

"My little niece tried saving him, but she lost her breath while going under water and she panicked, and she let go," said James Pepper, Brendan's uncle.

"It's not something you want anyone to go through but especially young children. The oldest one that was there was 14, the youngest one was a year younger, the little sister to Brendan," said Jim Humphrey, Brendan's grandfather.

Crews have 3 boats with sonar capabilities, 1 airboat south of the location, 1 hovercraft that can go into shallow water as well as 2 search dogs on scene to aid in search @rtv6 pic.twitter.com/kblJ1sYDE7

Sperry was not wearing a life vest, according to Corporal Jet Quillen with the Indiana Conservation Office.

The sand bar is where two rivers converge to form the east fork of the White River. A strong current, combined with high water from Thursday's flooding, made for a dangerous combination.

"From our experience on these types of scenes, when there is a possible drowning victim, that victim is usually going to be located closer to where they were last seen then farther down the river," said Corporal Quillen.

Sonar and divers, along with a hovercraft, were brought in to search both sides of the river bank Friday morning.  Divers were out of the water by 8 p.m. due to the current, and searches along the shoreline stopped at 10 p.m.

Search for 6 year old Brendan Sperry has been suspended and will resume Saturday at 8 am in Columbus @rtv6 @MarcMullins1 @AStarrantino @mcclellantv pic.twitter.com/zdE2UXdoSO

Brendan had just finished kindergarten. He was looking forward to summer break and first grade in a couple of months.

"He was pretty rambunctious," said Humphrey.  "He was a big boy for his age. Liked to play football and he just finished up a football season not long ago, and he really enjoyed it. Kind of wanted to be in the military like his father."

Family members say that Brendan's dad is with the Indiana National Guard in Australia. His wife broke the devastating news.

"Right after it happened, she called 911 and then she called him because he's the dad," said Humphrey.

The family had just moved to Columbus.

A GoFundMe page has been set up by the Sherry family to pay for funeral expenses if and when that time comes. Click here for more information.

"Until this thing is resolved, we have hope. But we also have to be realistic. It's been a long time now for him to be out there and we would definitely take a miracle," said Humphrey.