Anthony Baumgardt: "No remorse" for what happened to Deputy Pickett, man he's accused of shooting

Said he did it because he "didn't want to get bit" 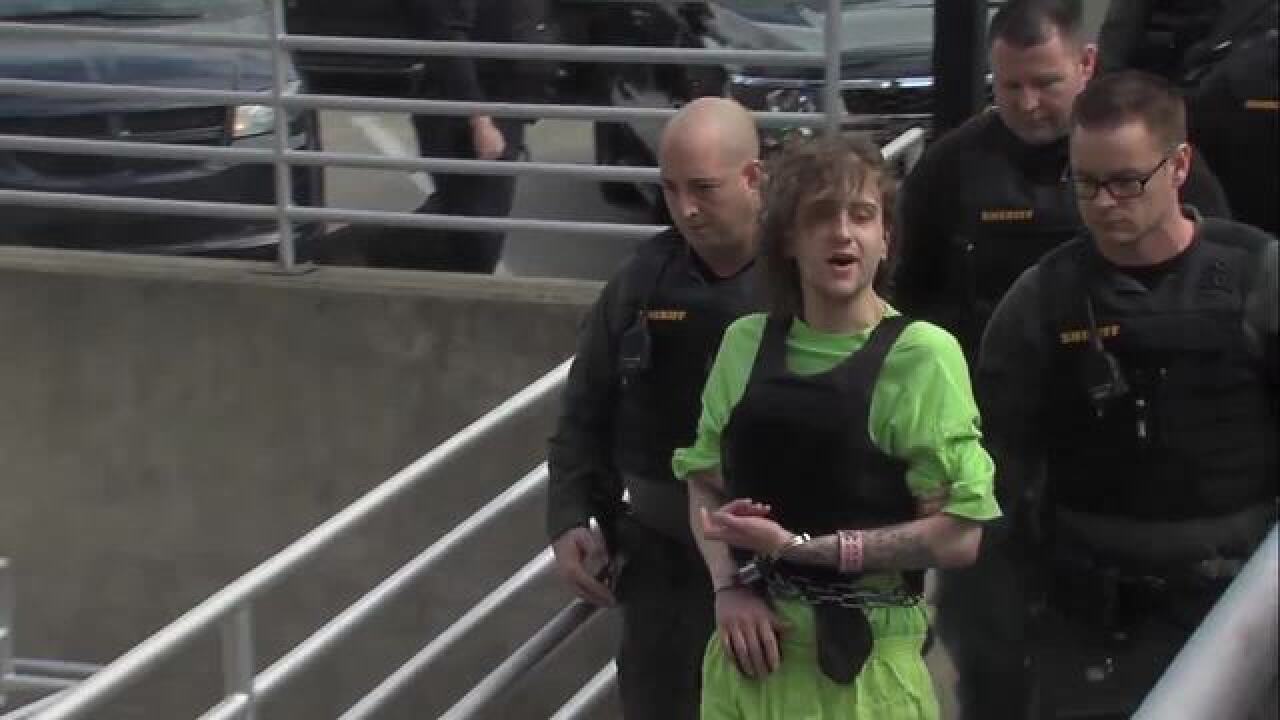 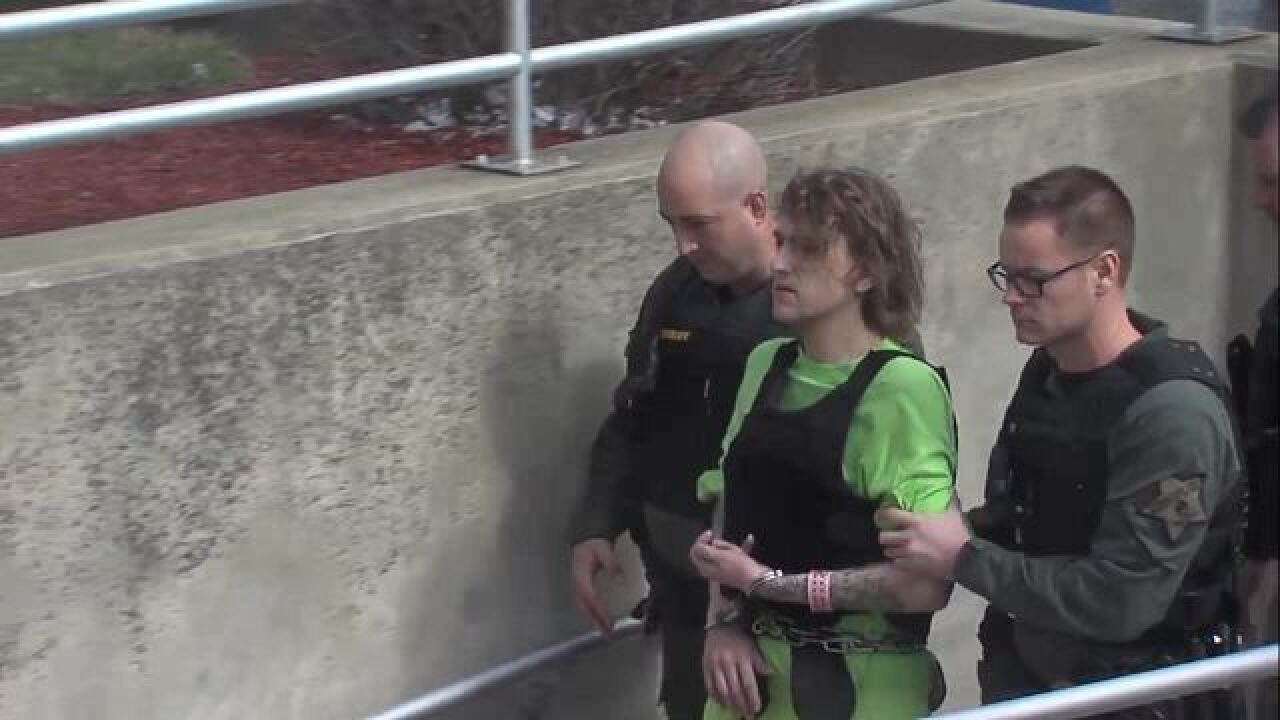 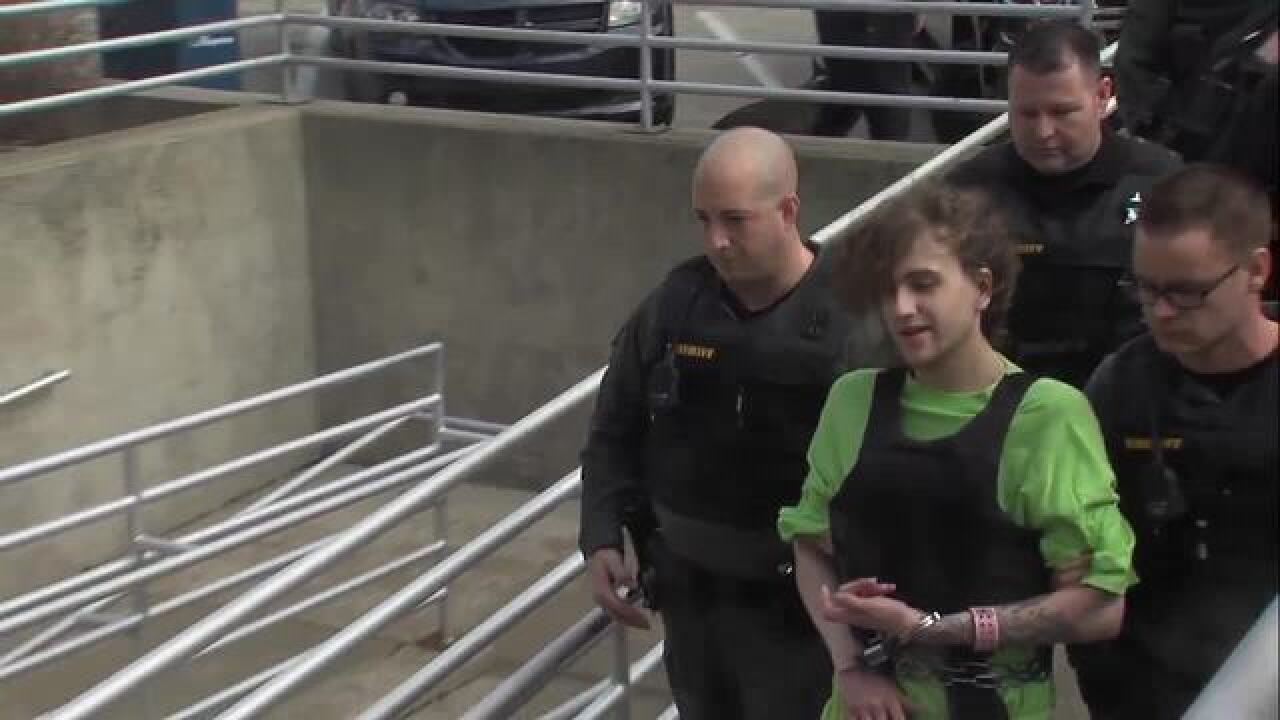 LEBANON, Ind. -- The man accused of shooting and killing a Boone County Sheriff's Deputy said on Wednesday he did it because he "didn't want to get bit by a dog" and that he has "no remorse" for what happened.

Anthony Baumgardt said those two things as he was walked into court for his first appearance to answer to the charges against him in the death of Deputy Jacob Pickett.

When asked why he did it, he said "I didn't want to get bit by a dog", referencing Deputy Pickett's K-9, Brik, that was with the deputy during a foot pursuit of Baumgardt on Friday, March 2 when he was shot.

Brik was standing guard outside the Boone County Courthouse as Baumgardt was walked in Wednesday afternoon just before 1 p.m.

Baumgardt replied "I didn't want to get bit by Brik."

When asked if he was sorry, he said "nope, no remorse."  Here's how Boone County Sheriff Mike Nielsen reacted to that statement:

You can watch video of the walk-up in the player above.

Baumgardt has spoken up about the shooting before. One of the first things he said to police while he was being questioned at the hospital following the alleged shooting death of Deputy Pickett was "I shot a cop," according to probable cause documents.

When asked then why he did it, Baumgardt said "cause they were going to take me to jail," according to the PC.

When Baumgardt was in the courtroom Wednesday, he was casual in nature and kept trying to ask Boone County Sheriff Mike Nielsen questions before proceedings began. The Sheriff did not respond.

Baumgardt asked the judge about him being able to seek out the death penalty for his crimes.

A preliminary plea of not guilty was entered on Baumgardt's behalf, and he was appointed a public defender. A decision on whether or not to seek the death penalty has not yet been made by the Boone County Prosecutor.

After his appearance, Sheriff Nielsen said that what Baumgardt said hurt him, but he wasn't going to let the defendant know that.

"I will not step down to his level," Sheriff Nielsen said. "I did not cry in there. He will not get to me."

Sheriff Nielsen said he and Deputy Pickett's K-9, Brik, will be at every hearing.

Formal charges were filed against Baumgardt, 21, on Tuesday.

He is facing the following charges:

Baumgardt was a passenger in a car with two other men that fled from police on the morning of March 2. When that car slowed after a 10-minute vehicle chase, Baumgardt fled on foot. Deputy Pickett and his K-9 partner, Brik, followed.

Baumgardt presented a 9mm handgun, turned and fired at 34-year-old Deputy Pickett, striking him with at least one bullet that ultimately led to his death.

RELATED | Fallen deputy's K-9 will live with his family, when the time is right

After he fired at Deputy Pickett, Baumgardt was shot by a Lebanon Police Department officer.

Baumgardt evaded the other officers for a short time before being apprehended by several law enforcement officials from both the Boone County Sheriff's Office and the Lebanon Police Department.

Once he was treated at the hospital, Baumgardt was taken to the Boone County Jail and later transferred to Hamilton County "for safe keeping." Suspects accused of shooting officers are typically moved from the county where the shootings took place. His first court appearance was at the Boone County Courthouse in Lebanon.

Baumgardt is being held with no bond.