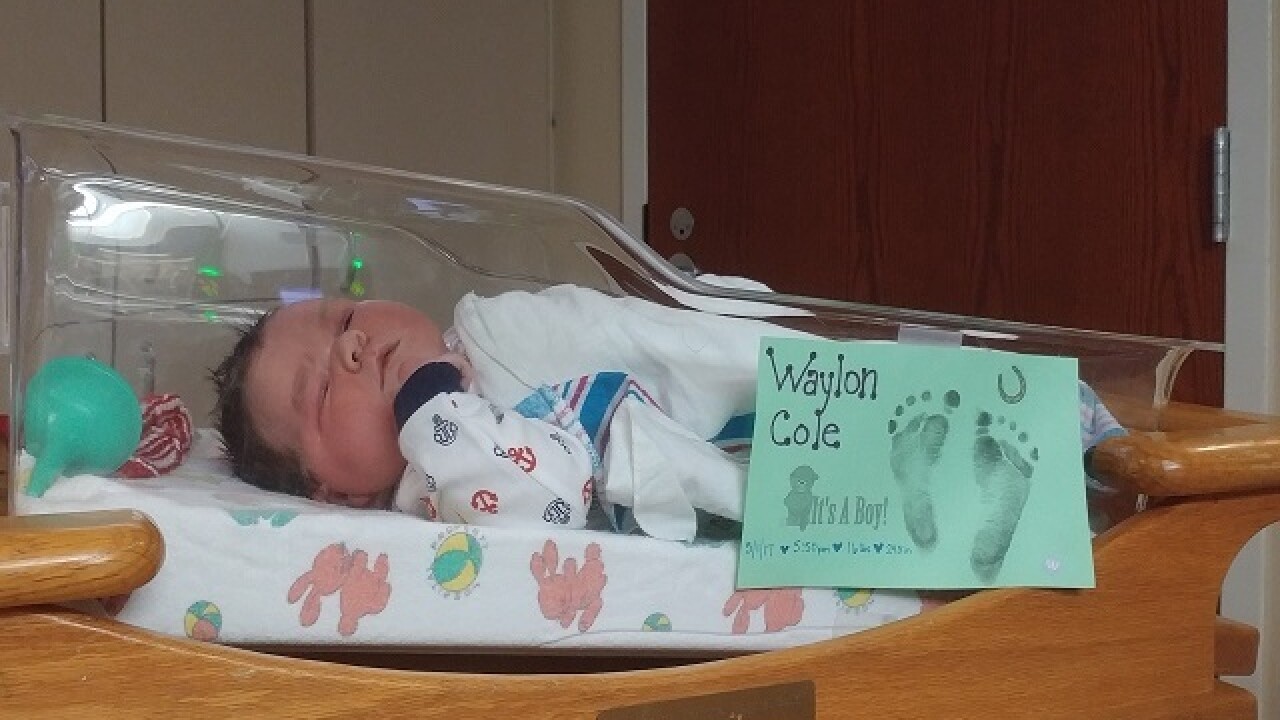 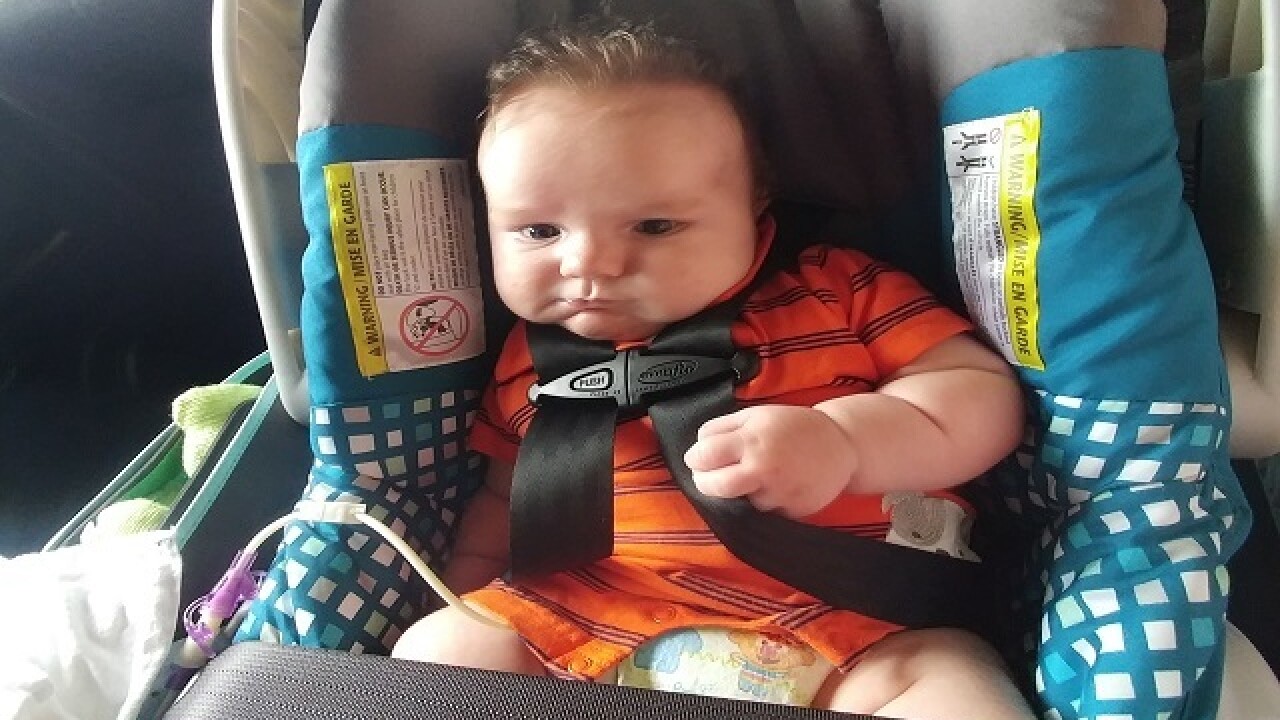 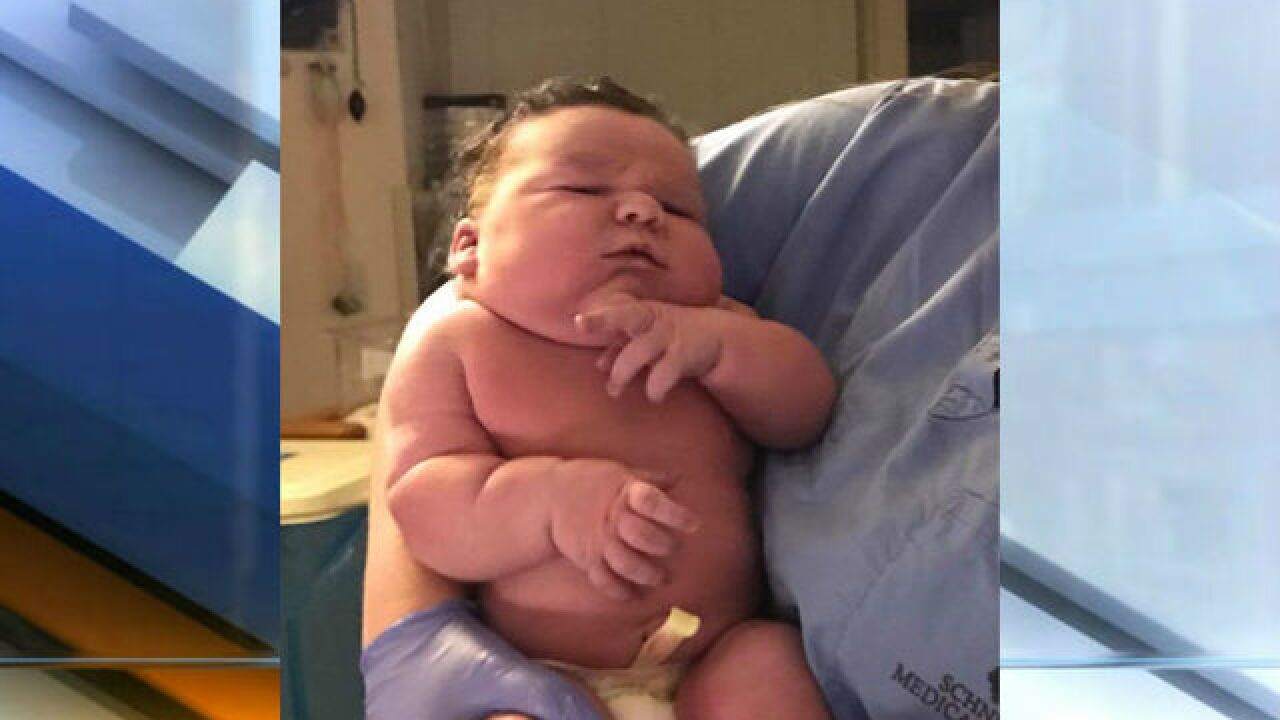 BROWNSTOWN, Ind. – A woman from Brownstown delivered a 16-pound baby in May, and he was recently released from the hospital.

Waylon Cole Hallett was born May 1 by cesarean section to Whitney Smith.

“We knew he was going to be big, but thought 12-13 pounds. We were shocked he was that big,” said Smith.

Waylon spent seven weeks in the NICU following his birth, but was brought home on June 23.

“We are both happy and healthy, and so glad to finally be home!” said Smith.

A previous version of this article stated the woman was from Brownsburg, instead of Brownstown.