Campaign to put women veterans in Indiana in the spotlight 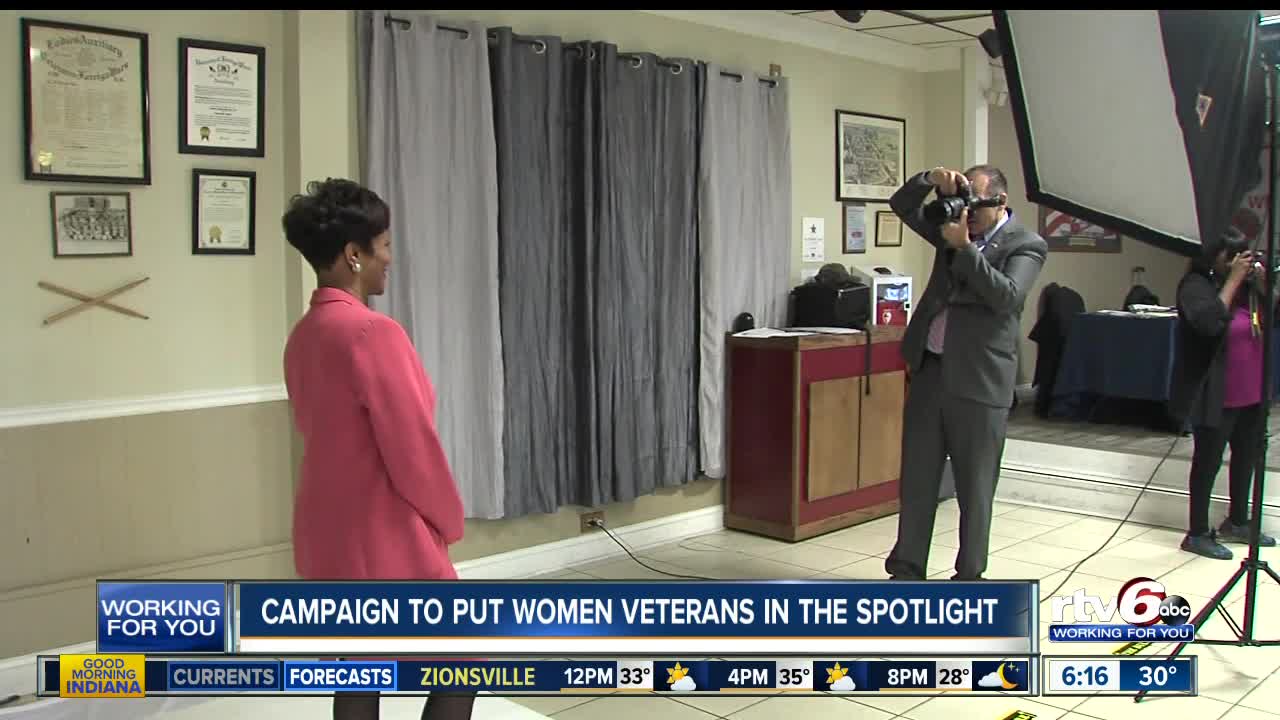 A new campaign is putting a face to the millions of women who served our country.

INDIANAPOLIS — A new campaign is putting a face to the millions of women who served our country.

The Indiana Department of Veterans' Affairs hosted photo shoots for women veterans on Wednesday, as part of a push to put their service in the spotlight.

The national effort is called 'I am Not Invisible.'

Participants say, sadly, they're often not seen as veterans, simply because they're women.

The pictures will be used for veteran websites and other media.

There are around 32,000 women veterans in Indiana.