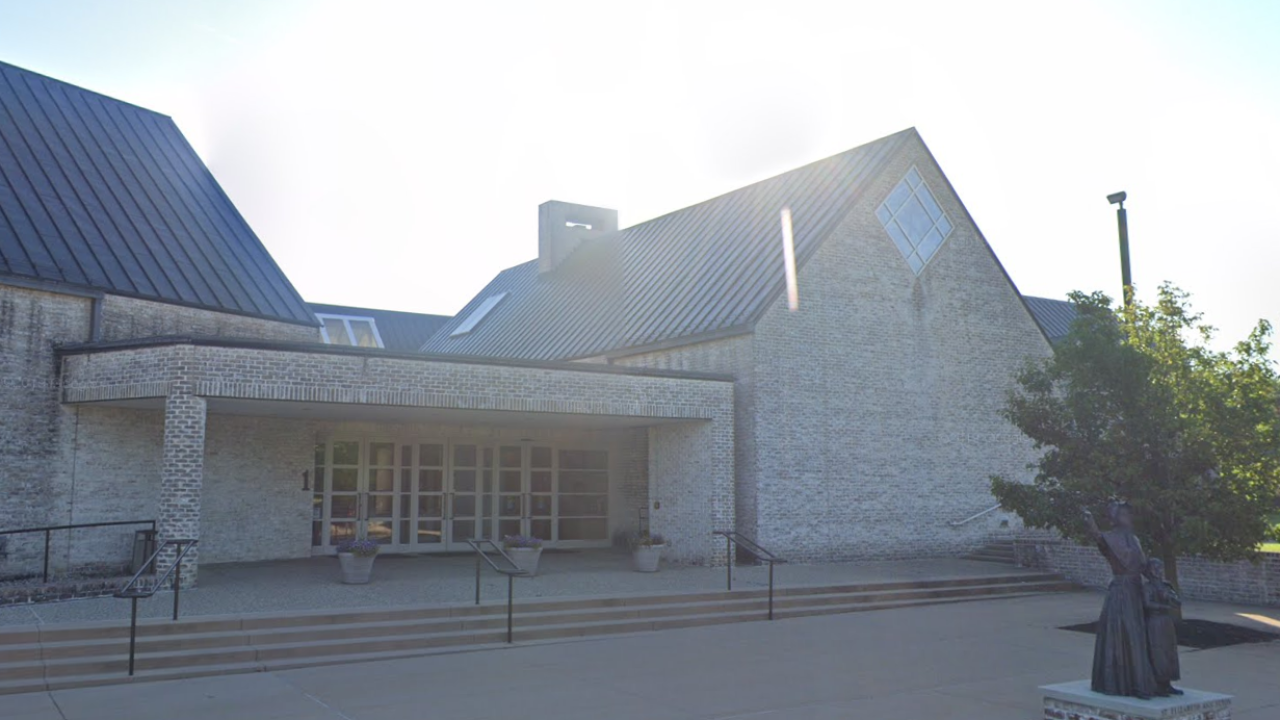 Editor's Note: On Wednesday, Rev. Theodore Rothrock of St. Elizabeth Seton Catholic Church was suspended from public ministry by Bishop Timothy L. Doherty of the Diocese of Lafayette-in-Indiana. The original story is below.

CARMEL — The pastor of a Catholic church in Carmel is facing scrutiny after he compared Black Lives Matter demonstrators to "maggots and parasites" in a since-deleted post on the church's website.

Bishop Timothy L. Doherty of the Diocese of Lafayette-in-Indiana said the Rev. Theodore Rothrock of St. Elizabeth Seton Catholic Church should issue a clarification of the post Rothrock wrote Sunday in a weekly message. The group Carmel Against Racial Injustice called on Doherty to remove Rothrock from his position.

"The only lives that matter are their own and the only power they seek is their own," Rothrock wrote. "They are wolves in wolves clothing, masked thieves and bandits, seeking only to devour the life of the poor and profit from the fear of others. They are maggots and parasites at best, feeding off the isolation of addiction and broken families, and offering to replace any current frustration and anxiety with more misery and greater resentment."

Rothrock continued, writing that, "We must stand in solidarity with our brethren across the world to oppose this malevolent force."

He also questioned if Frederick Douglass and Dr. Martin Luther King Jr. would have marched in today's demonstrations and criticized the removal of monuments.

"Black Lives Matter, Antifa, and the other nefarious acolytes of their persuasion are not the friends or allies we have been led to believe," Rothrock wrote. "They are serpents in the garden, seeking only to uproot and replant a new species of human made in the likeness of men and not in the image of God. Their poison is more toxic than any pandemic we have endured."

The post has been deleted from the church's website, however, an archive of the message was captured on the Internet Archive.

Doherty said in a written post on the website of the Diocese of Lafayette-of-Indiana that he expects Rothrock to explain his message.

"I neither approved nor previewed that article," Doherty wrote. "Pastors do not submit bulletin articles or homilies to my offices before they are delivered. I expect Father Rothrock to issue a clarification about his intended message. I have not known him to depart from Church teaching in matters of doctrine and social justice."

Doherty added that he reaffirmed his June 2 statement following the killing of George Floyd in which he wrote, “Peaceful demonstrations in the streets are one way to elevate voices for fairness and justice. Not so the wanton destruction of property and violence. Each of us is called to be a healer and peacemaker by virtue of our baptism. This same baptism calls us to link arms with others whose work is to set wrongs right and promote respect for each human being.”

The group Carmel Against Racial Injustice called on Doherty to remove Rothrock as a priest and require training and education for priests and deacons on systemic racism and diversity. They also invited parishioners of the church, members of the community and other religious leaders to denounce Rothrock's statements.

"Carmel Against Racial Injustice is disgusted and shocked by the recent letter written by Father Theodore Rothrock," the group said in a statement. "We are also deeply saddened by the fact that the church leadership did not condemn the statement and saw fit to allow its publication. Silence is the action of being complicit in injustice."

The group plans to gather from 7 a.m.-6:30 p.m. Sunday on the sidewalk surrounding the church to peacefully protest Rothrock's statement.

Rothrock has not responded to WRTV's request for comment. In March, Our Lady of Mount Carmel Catholic Church in Carmel announced Rothrock would become its next pastor.

Carmel Mayor Jim Brainard is a member of St. Elizabeth Seton Catholic Church. He also has not responded to a request for comment.

Rothrock has posted a new "response and clarification" on the church website:

I am somewhat surprised that my recent article has received such extensive coverage and has aroused such interest and debate. It was not my intention to offend anyone, and I am sorry that my words have caused any hurt to anyone.

From the Christian perspective, we are called to promote peace and justice. The peace we proclaim is the Peace that comes to us in the person of Christ Jesus our Lord. The justice we seek is granted to us from God. These values and beliefs are not the property of governments or political parties.

Since the earliest generations, when the disciples of Jesus began their work to usher in the Kingdom of God, there has been resistance, even within the Church herself. The Gospel message is a narrow door that resists any kind of compromise. Slavery was a fact of the ancient world. The Church brought a message of hope to the enslaved, that their bondage was about to come to an end. It took many hundreds of years to banish the institution of slavery. The Gospel remains firm in the teaching that all people are welcome to the table in God’s Kingdom. Racial and ethnic bigotries are evils that have been rightly condemned by the Church and are not to be tolerated. They have never been tolerated by me, and never will be. Life is a sacred gift from God and must be reverenced as such. The institutional sin of black enslavement had to be removed from our nation at a terrible cost and the damage has not departed from us. The sin of bigotry has remained a part of the fabric of our society. This must be rooted out of our culture through the grace of spiritual conversion in the hearts of everyone. It is the task of every Christian, and certainly every Catholic, to uphold the Gospel and the social teaching of the Church. I have always held firm to this belief and have promoted this teaching at St. Elizabeth Seton.

The Gospel of Jesus Christ brings clarity and purpose to our human condition as the children of God. The central message of Christianity is contained in the belief that God so loved the world that he gave us his only Son. Not to condemn us, but to bring us into eternal life. At St.Elizabeth Seton we have prayed the Peace Prayer every day for the last nineteen years.

This is the message we seek to instill in the hearts of all people, turning fear into faith.